Woman ‘raped’ by Cambridge student may have ‘twisted her story’

A woman who claims she was raped by an entrepreneur after sharing a taxi home with him messaged friends to say she was worried she may have ‘twisted’ her story.

Edward Gabbai, 30, who has a doctorate from Cambridge University, allegedly carried out sex attacks on three women after telling one he was ‘into rape fantasies’.

Gabbai is accused of raping a 17-year-old escort, a young Swedish woman and a 23-year-old stranger he offered to share a cab with.

The third alleged victim told jurors at Kingston Crown Court the businessman said he would ‘make it worse for her’ if she didn’t do what he said. 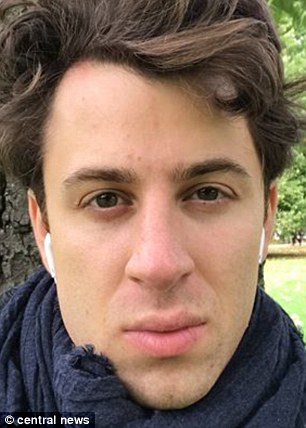 Edward Gabbai, 30, who has a doctorate from Cambridge University, allegedly carried out sex attacks on three women after telling one he was ‘into rape fantasies’ 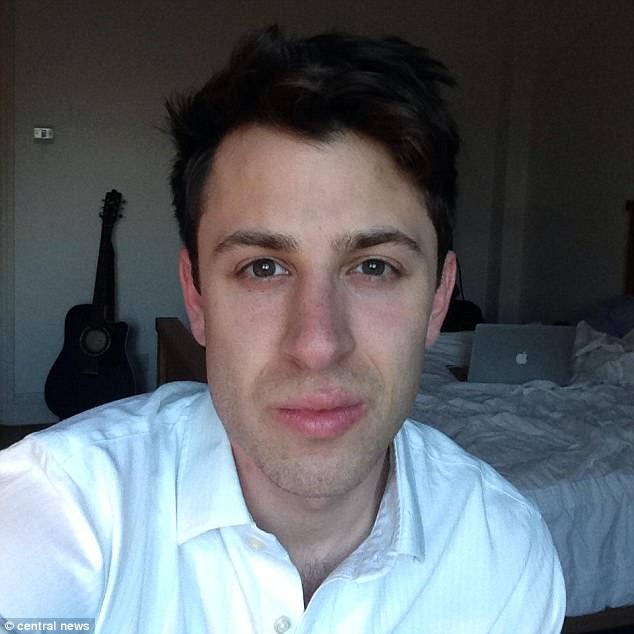 But jurors were shown WhatsApp messages to her mother and friends in which she shares her concerns that she may have ‘twisted’ her story and that Gabbai might be innocent.

The pair are said to have met on a night out in December 2016 and shared an Uber taxi home with him after her phone battery ran out.

She said he slapped her across both cheeks as soon as they reached the bedroom of a house he was staying at in Battersea, south London.

Giving evidence, the woman said: ‘Because of the situation I felt threatened so I did what he said because I wanted to avoid further injury. ‘

She said she could not remember Gabbai telling her he liked ‘dominant sex’ and denied claims he gave her a safe word, ‘bells’, to use when she wanted him to stop.

The woman said she was shown around the downstairs of a house in Battersea that Gabbai was ‘cat-sitting’ before he told her: ‘You have to let me do whatever I want to you’.

The alleged victim told officers she thought Gabbai would suffocate her and was ‘hysterical with crying’ as she tried to push him away from her.

She claims Gabbai continued to hold her down, telling her ‘if you cry out or try to get away I’ll make it worse for you’.

He raped her three times as she screamed out, the court heard.

The 23-year-old also claimed Gabbai filmed her on his phone as he raped her. 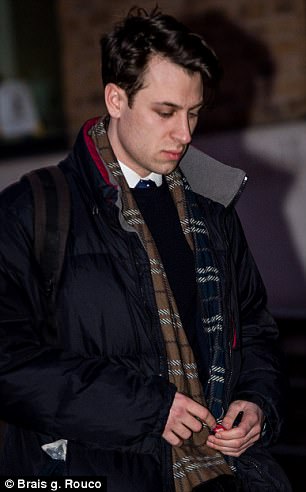 Police found footage of a woman on Gabbai’s phone who ‘appeared to distressed and being assaulted’.

Jurors were shown the footage, which is said to show Gabbai telling the alleged victim to look up at him with her eyes closed, before he slaps her and she shouts ‘stop stop stop’.

During the attack he also told her to tell him her age, it was said.

Gabbai was arrested in December 2016 after the woman contacted a sexual assault centre in east London two days after the incident and was found to have ’30 separate areas of injury’.

Sarah Forshaw QC, defending, told jurors the alleged victim had a long history of mental illness, starting when she was just six.

‘You have been seeing counsellors and doctors for many years. At the age of six do you remember you were already displaying problems with anxiety?’

Ms Forshaw said the witness had been checked into a suicide clinic the month before the alleged attack.

The woman agreed that just three days before she got into the Uber taxi with Gabbai she had discussed with counsellors how her mood ‘would be up then drop really sharply without warning’.

Jurors heard the woman sent messages to friends and her mother in the days after Gabbai was arrested, suggesting she was worried she had ‘twisted’ her account.

In messages to friends she says: ‘What if I got my story mixed up, what if I’m an attention seeker and I twisted this?’ and ‘What if I twisted it so he seemed that way?… If I could just get out of this now, I will’.

In another message to her mum she says: ‘What if I got it all wrong and I’m ruining a life for no reason? That makes me bad and bad’.

Ms Forshaw said: ‘When you said to your mum and a number of your friends that you were worried that you had twisted it, and that he might be innocent, is that true?’

The woman said: ‘No I don’t think I was twisting what happened. I know that now.

‘I was scared I wouldn’t be believed. I was anxious about being accused of lying but not worried about being found out.

‘I was worried that I would be accused of not telling the whole truth.’

Gabbai completed his PhD in microbiology and nanoscience at Cambridge University in 2014.