A British woman has claimed she reported Harvey Weinstein to the Metropolitan Police 25 years ago over sexual misconduct allegations.

Sophie Morris said the alleged incident took place while she was a 19-year-old intern for Miramax, working at the Savoy Hotel in London, during 1990-91.

Ms Morris claimed the movie mogul invited her into his room where he was lying naked on a bed, before asking her to massage him.

She later reported the incident to police, but dropped the complaint after becoming intimidated by call from Weinstein’s office. 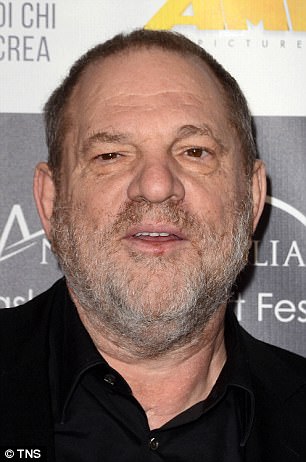 Ms Morris, now 44, told the Guardian and the BBC  she had ‘shut down’ the experience ever since, but decided to reveal her tale to show it was not only actors that were victims.

Women including Gwyneth Paltrow, Angelina Jolie, Cara Delevingne have told how Weinstein abused his position of influence and power in the movie industry to attempt to pressure them into sexual encounters.

Ms Morris’ revelation comes as the Met announced it is now looking at allegations of sexual assault against Weinstein from seven women.

Officers have received 11 separate allegations of sexual assault on dates ranging from the 1980s to 2015.

The seventh alleged victim went to police on October 28 saying she was assaulted in Westminster in 1994.

Recalling her ordeal, Ms Morris said she was manning the phones in Weinstein’s Savoy suite when he called her into the bathroom. 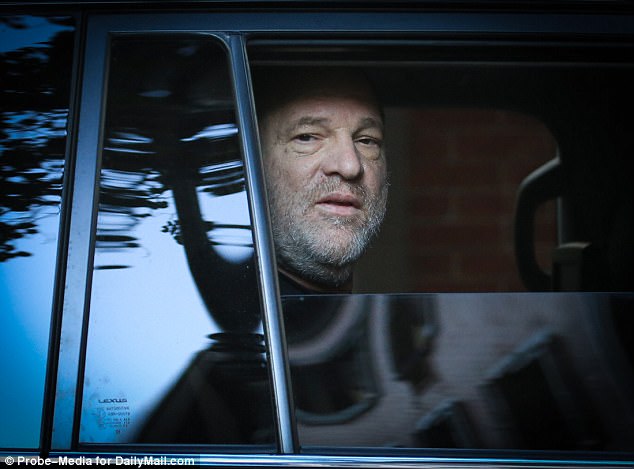 She claimed the door was ajar and that she could see he was naked, the producer then asked her to come in – but she refused.

However, Weinstein then asked her to come into the bedroom, where he was lying on the bed naked.

Ms Morris told the Guardian: ‘I remember this disgusting rash all over his body and he kept telling me it was a medical condition and it was being sorted, as if I cared.’

She said that he asked her to massage him and told her that he would not ejaculate if she did so.

Ms Morris added: ‘The next thing, I remember my top coming off.’

She said she could not remember if she took her top off or if Weinstein did it, but remembered feeling ‘very scared’. 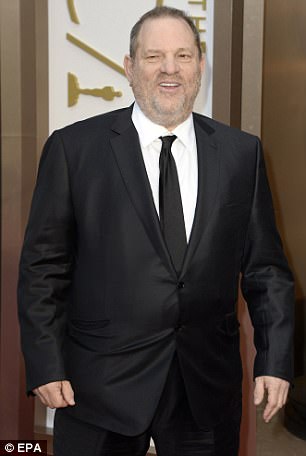 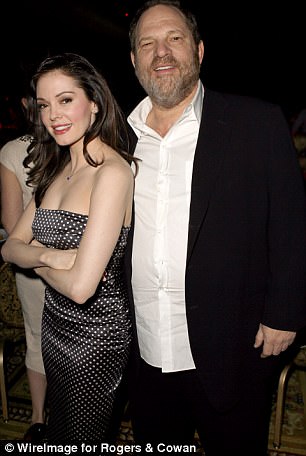 Weinstein pictured left in 2014 and right with Rose McGowan in 2007, who reportedly sued the producer after he assaulted her in 1997 at the Sundance Film Festival 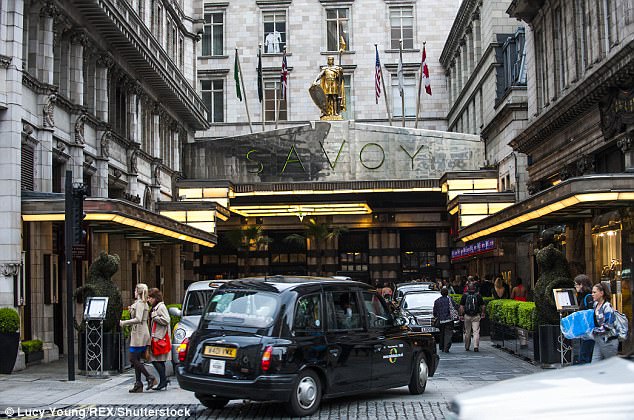 Ms Morris later told her bosses at Miramax about the incident, who helped her report it to police.

However, days later she changed her mind about the complaint following a call from Weinstein’s team.

She said: ‘I remember I got a call from this woman who ran the office and who said that Harvey wanted to speak to me.

‘I was scared. I hadn’t even told my mum or dad what had happened. I told her I didn’t want to speak to him. I never heard anything again.’

Scotland Yard could not say if it had a record of the incident, but urged anyone with allegations of sexual assault to report them to police.