A woman who suffered years of sexual and physical abuse at the hands of her own family has revealed how the trauma led her to flee her home and fall in love with a sex trafficker at age 15.

Elizabeth Quiroz, a 36-year-old counselor from Santa Rosa, California, was beaten regularly by her close relatives and sexually assaulted as a child to the point that she became suicidal and struggled with self-harm.

‘Growing up, I endured so much physical abuse,’ she said. ‘At the age of four, one of my relatives got me naked and hit me with a stick while the men in the house stood by and watched. I was sexually assaulted during this time time period as well.’

Trauma: Elizabeth Quiroz, a 36-year-old counselor from Santa Rosa, California, endured years of sexual and physical abuse at the hands of her family 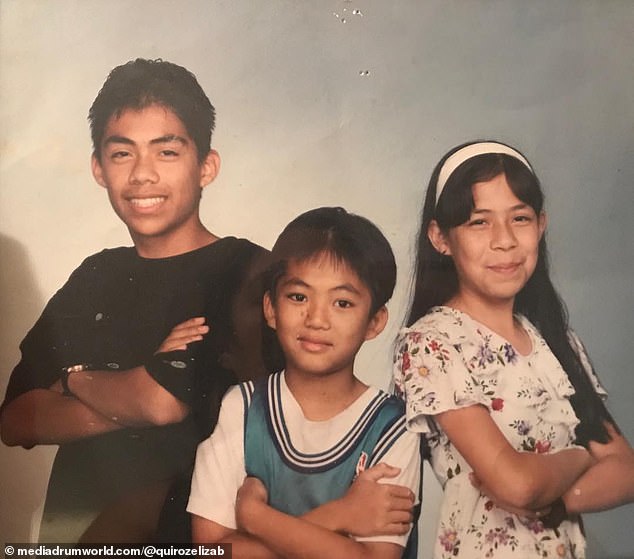 Abuse: When she was four, she was sexually assaulted after one of her relatives took her clothes off and hit her with a stick while the men in the house watched

‘A case was opened, but no one was ever caught for the crime that took my innocence away,’ she explained. ‘Another relative eventually came and picked me up from that house, but the physical abuse continued.

‘I became suicidal and would cut myself.’

When she was 15, she got into a violent argument with a relative who chased her upstairs into the bathroom and attacked her with toilet cleaner.

‘They threw me into the bathtub and poured multiple cleaning chemicals into my mouth and all over my body,’ she recalled. ‘While I sat there with the shower on, trying to wash the chemicals away, I was told, “You’re pathetic.”

‘I finally had the courage to call law enforcement and they came but did not arrest them. They left me there after referring us to a social worker.

‘I came to the conclusion that I couldn’t even trust law enforcement. I was eventually placed in the foster care system.’ 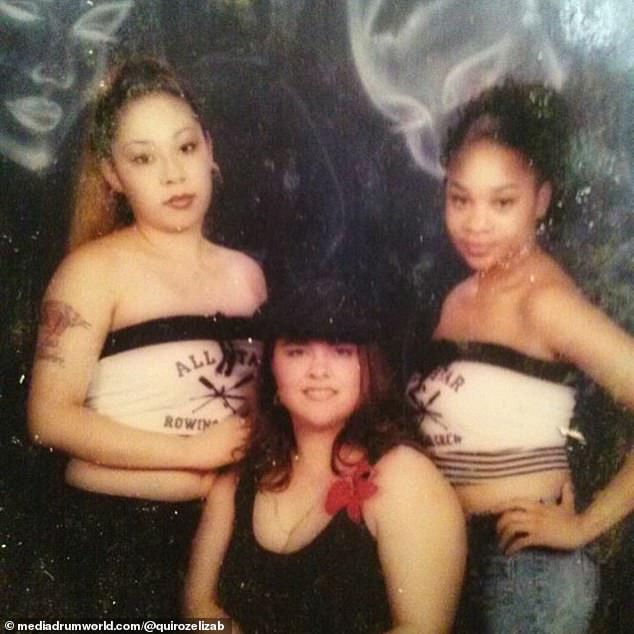 Running away: At 15, she dropped out of school and fled to San Francisco to live with her father Shortly after, she fell in love with a 27-year-old man who claimed he was 19 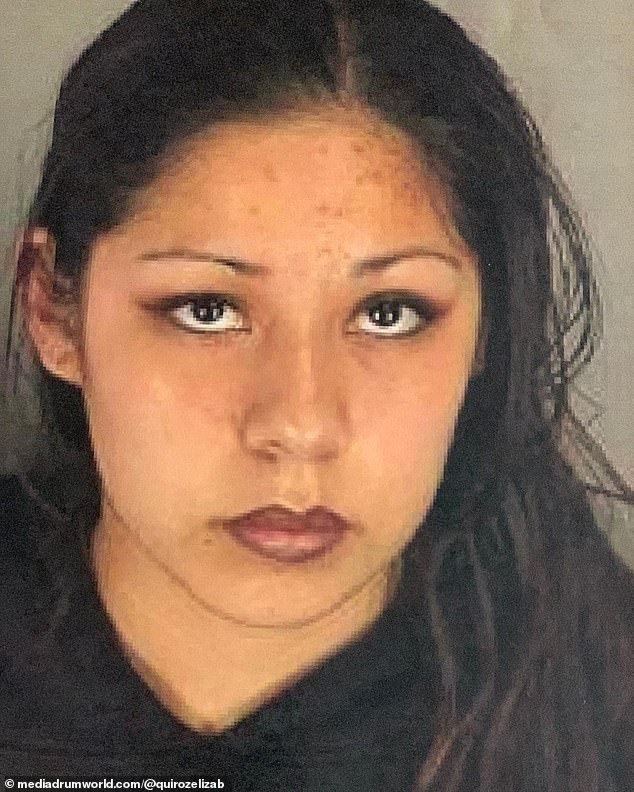 Trouble: The trafficker, who was a member of a prison gang, groomed her by giving her ecstasy before sexually assaulting her and then turned her into a drug mule

With no one to turn to, she dropped out of school and fled to San Francisco to live with her father, who was also ‘troubled.’

Elizabeth explained that she was ‘a broken, suicidal, and traumatized child’ when she fell for an older man who lied about his age, telling her he was 19 when he was actually 27.

‘He told me I was beautiful, and he would take care of me. I fell in love instantly. This man was my first trafficker,’ she said. ‘He started to take me to hotel rooms and gave me ecstasy pills each time to get me loaded, which is called the grooming process.

‘I would be so out of it and couldn’t get out of bed or walk. This is when he would sodomize me and make me sexually perform on him.’

By the time she was 16, he had her carrying drugs for him. He was part of a dangerous prison gang called ‘Kuni,’ and she did whatever he told her out of fear.

‘I was his mule, and I would have crack cocaine hidden in my mouth and in my private areas while he sold dope to the streets,’ she said. ‘He eventually got arrested and he sent an older woman to me to help me make money. She was my second trafficker.’ 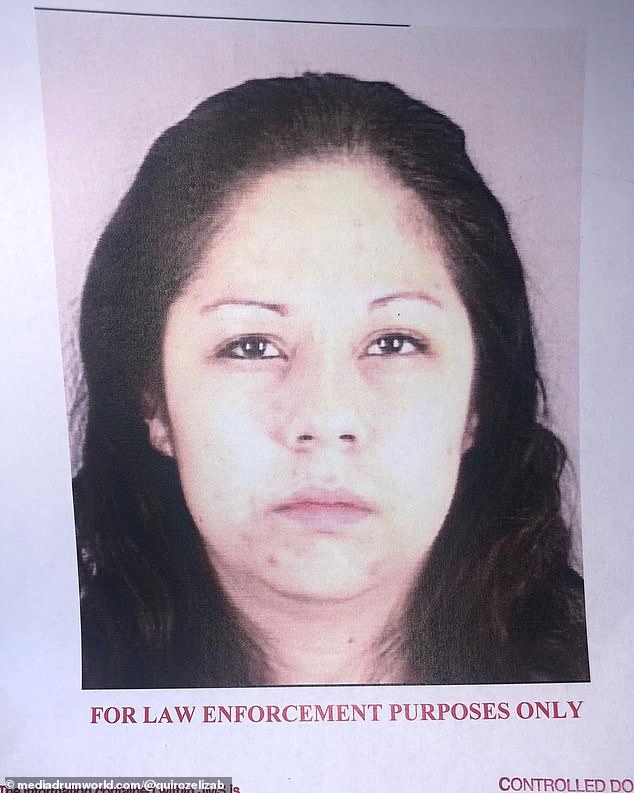 Dark path: By the time she was 20, she was addicted to methamphetamines and selling drugs for a third trafficker 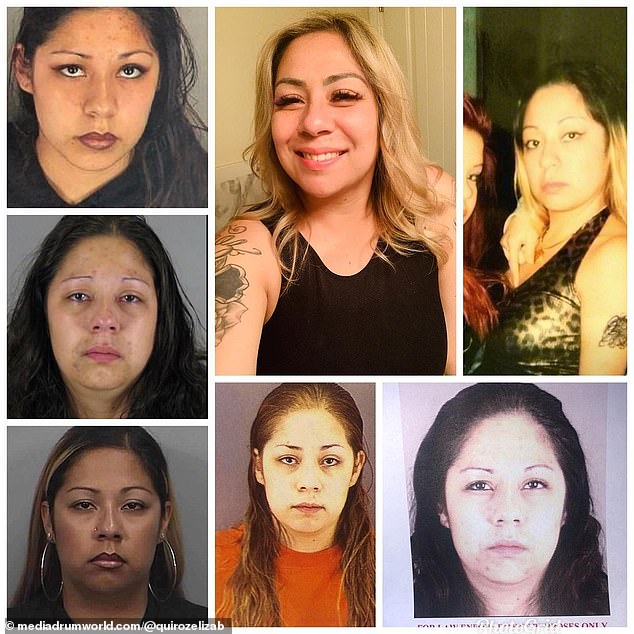 Life-changing: Elizbeth (pictured in her mugshots and now) managed to escape when she got arrested for the last time at age 26

The woman, who was about 50 years old, was a part of the same prison gang.

‘She told me I needed to make money to support my boyfriend, so I needed to sleep with men. I begged her to not put me out there, but I had no choice,’ she said. ‘I was 16 years old.

‘Teenagers are supposed to have sweet sixteens and sleepovers, but I was being sold to multiple men, repeatedly. My boyfriend got out of jail, and I told him what happened – but he took me back out to the streets and sold me to men in cars.’

Elizabeth endured four years of horrific abuse while her traffickers forced her to sell her body for just $60.

‘When I was around 20 years old, I met my third trafficker. He started to give me large amounts of methamphetamines to sell for him,’ she explained. ‘I was an addict, so I would smoke my own supply or people would rob me because I was a female drug dealer.’

Elizabeth said this man was also a gang member, and she feared for her life when she was working for him. 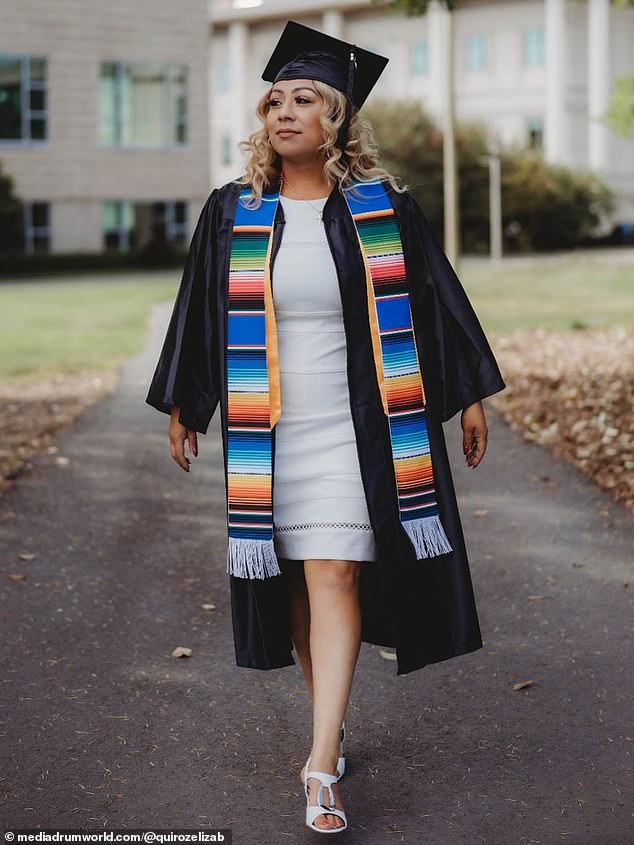 Higher education: Elizabeth enrolled in prison programs that taught her about trauma and addiction. She is now a graduate student at Arizona State University 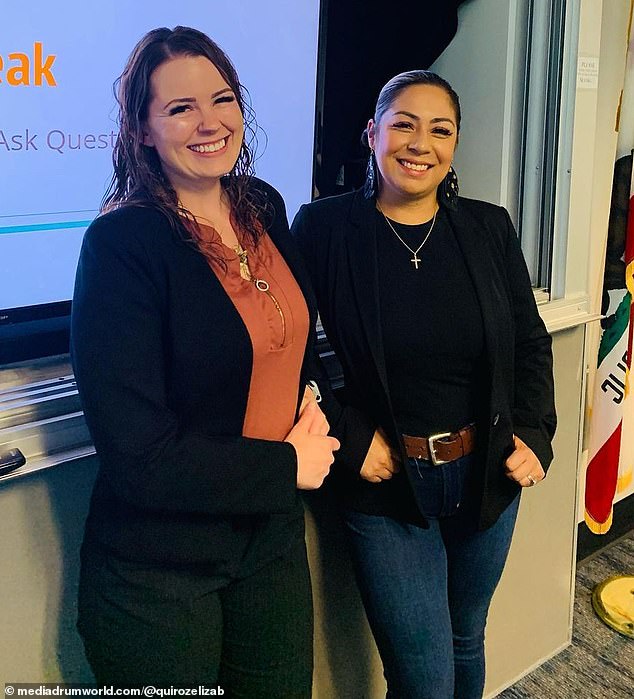 Focus: The counselor, who gives speeches about her experiences, is working toward a master’s degree in social justice and human rights

‘I would get arrested for his drugs, and I would get out and be in debt with him, which is considered labor trafficking,’ she said.

Elizabeth was arrested several times and was in and out of jails and prisons around California during this time in her life.

‘I became very violent, and I didn’t care who I hurt. I was being trained to make money and I didn’t celebrate holidays or my birthdays,’ she said. ‘My childhood and voice were completely robbed from me and I fell through the cracks within the criminal justice system.

Despite a lifetime and trauma and abuse, she managed to escape her traffickers when she got arrested for the last time at age 26.

‘I had a son and I left him at a dope house, and the task force told me I needed to tell them who I was working for because I was going away for a long time,’ she recalled. ‘I ended up getting five years between San Mateo County and Sonoma County. 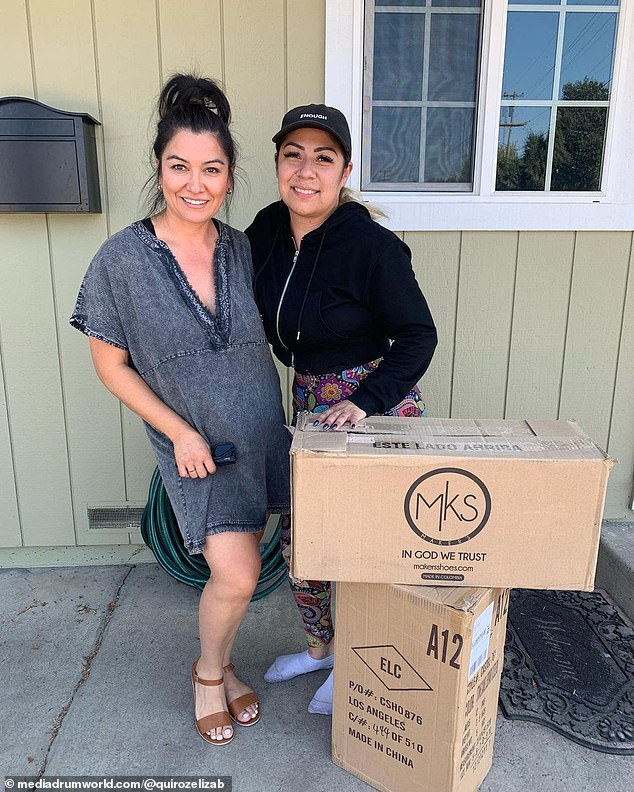 Life’s work: Elizabeth’s mission is to help get young people off of the streets 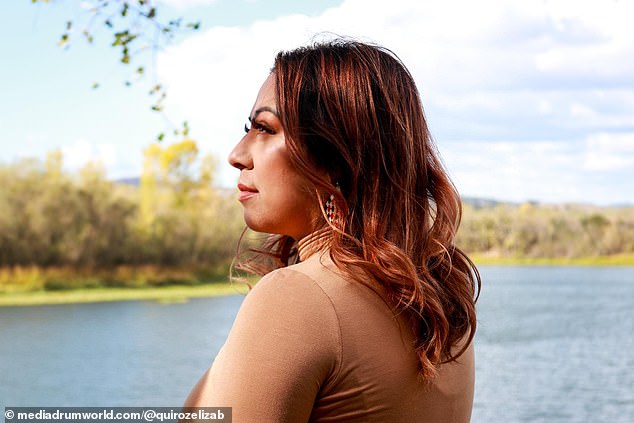 Incredible: ‘I refuse to let others fall through the cracks like I did,’ she said.

‘I was angry, hurt, and full of guilt because I was missing my son’s first steps and his first words. I knew I wanted to change, but I didn’t know how to.’

When Elizbeth was transferred to Sonoma County, she enrolled in a program called Starting Point that taught her about trauma and addiction.

‘In 2013, I was released from custody and went to another program called Women’s Recovery Services. I completed the program and stayed in shelters and sober living environments,’ she said.

Elizabeth is now a graduate student at Arizona State University, where she is working toward a master’s degree in social justice and human rights.

‘I am the first person in my bloodline to obtain a degree,’ she said. ‘I am 10 years clean, and I am breaking generational curses. God, the programs, and the arresting officers gave me a new life.

‘None of my abusers faced justice. That is why I share my story. I refuse to let others fall through the cracks like I did.

‘When I share my truth and others find their freedom through my testimony, then I am getting justice. My past pain will not go in vain.’