Woman reveals how her dog helped her realize she had cancer

A woman who survived skin cancer has revealed how her dog caused her to realize she had the illness by becoming fixated on .

‘I had what I thought was a pimple there and she was always fascinated by it, even touching it with her nose,’ Gauthier said.

Woman’s best friend: Lauren Gauthier, 42, an attorney from Amherst, New York has revealed how her dog Victoria caused her to realize she had skin cancer 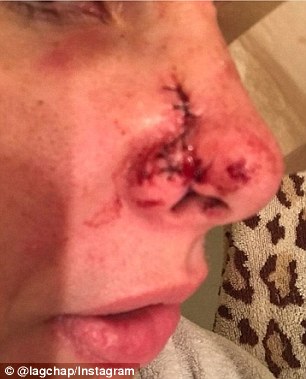 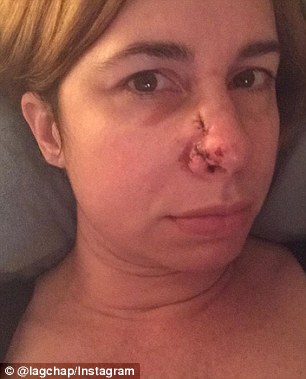 Spot check: After Victoria became fixated on her right nostril, Gauthier went to the doctor who diagnosed basal cell carcinoma, a form of skin cancer that had to be removed 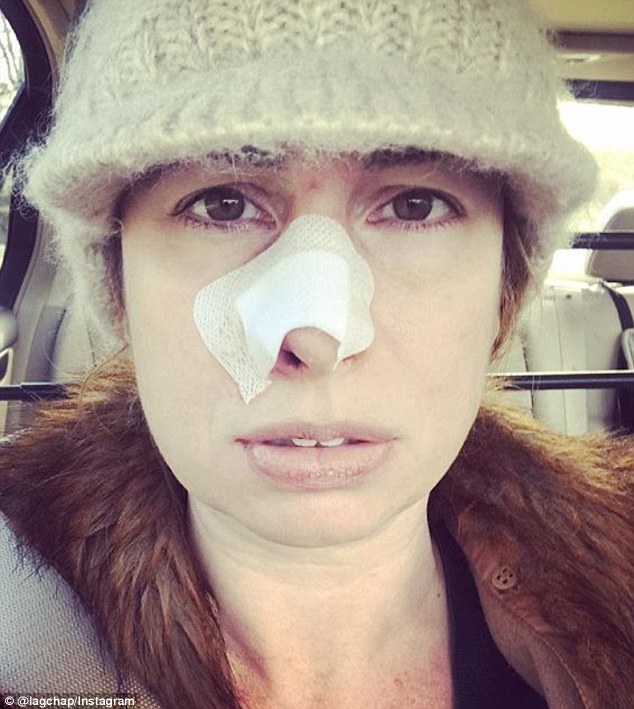 And even as the red dot faded away, Gauthier said her dog kept staring at the area.

So when the spot returned again three weeks later, Gauthier decided to make a doctor’s appointment to get it checked out.

Unfortunately, a biopsy revealed the dot was basal cell carcinoma, a form of skin cancer that can appear as a white waxy spot or an irritated patch on sun-exposed areas, such as the face and neck.

Gauthier, who frequented tanning beds when she was younger, decided to document her battle with skin cancer on her Instagram page to educate others about the dangers of UV damage.

‘I’ve always believed you should try to make something positive out of your challenges so I wanted to discourage tanning bed use and help others undergoing Mohs surgery in their faces,’ she said. 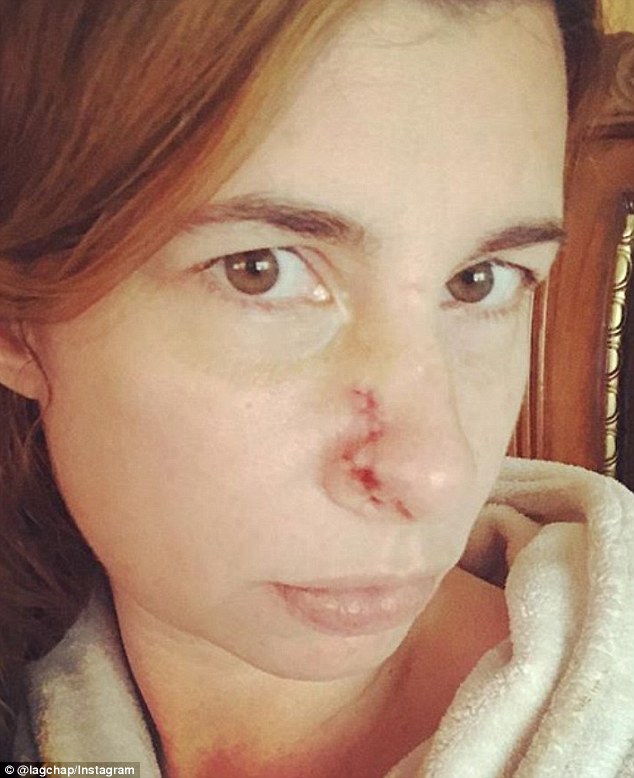 Rebuilding: A flap of skin from the top portion of her nose had to be removed and used to conceal the hole cancer had left behind. Gauthier is pictured six days after surgery 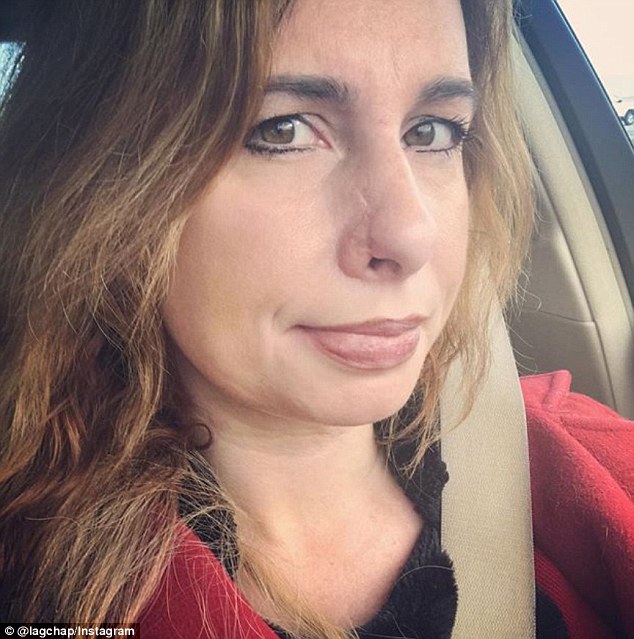 Speaking out: A fan of tanning beds in her youth, Gauthier decided to document her diagnosis and surgery on Instagram to warn others about the dangers of UV damage 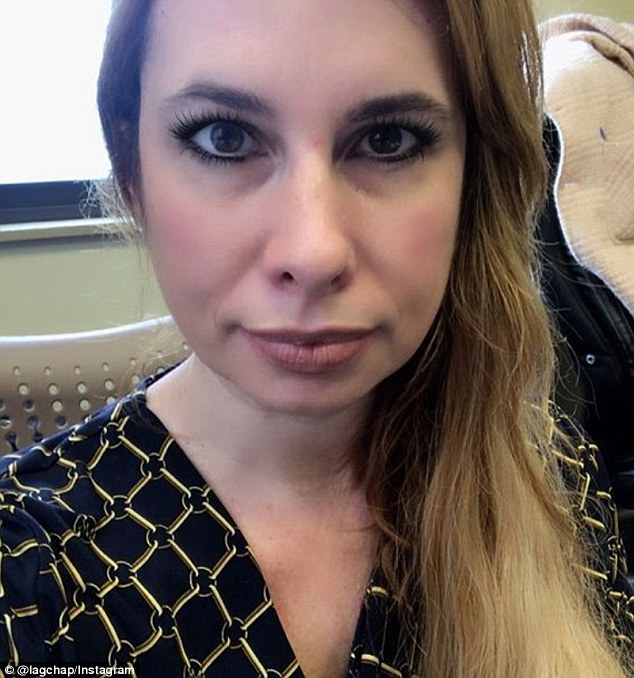 Waiting game: Four months post-surgery, Gauthier must wait one year until she is able to see how the scars have healed

Gauthier’s doctor recommended Mohs surgery,a procedure that involves removing the infected skin layer by layer, and then removing a flap of skin from the top portion of her nose to conceal the hole cancer had left behind.

Four months after surgery, she is finally on the mend, but will have to wait one year before she can properly gauge her scarring.

‘My nostril looks a bit like it’s being lifted by a fish hook but if I want to fix that, I have to wait a year to fully heal,’ she explained.

Some studies have confirmed the ability of trained dogs to detect the skin melanoma by just sniffing the skin lesions.

Scientist believe this is because dogs have 300 million olfactory receptors in their noses, compared to humans, who possess six millions, allowing them to analyze smells 40 times better than humans.