Woman reveals how the keto diet transformed her health

A woman has revealed how following the ketogenic diet for a year cured her PCOS symptoms and ulcerative colitis, and also helped her shed 48 pounds.

Jessica, from Arizona who goes by the username Keto_Jess3 on her social media channels, took to Instagram to share her journey and the health benefits she’s experienced since adopting a low carb, high fat diet plan.

Captioning a side-by-side photo of her taken in February 2017 and February 2018, Jessica wrote: ‘Today marks one year of keto. One of the best health decisions I ever made for myself.’

Transformation: Jessica, from Arizona took to Instagram to share how the keto diet has helped her  lose 48 pounds in a year, left in January 2017 and right in February 2018 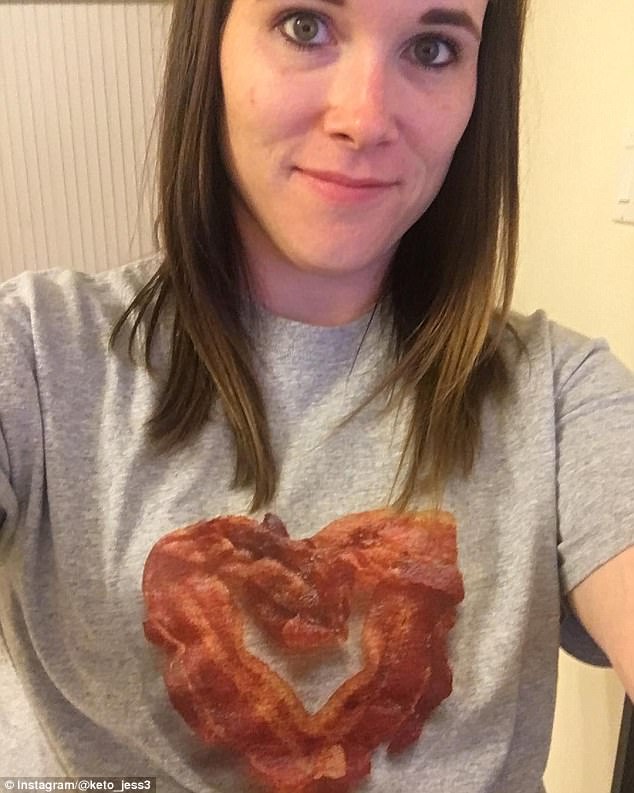 Change: Jessica who goes by Keto_Jess3 on social media, also revealed that keto has helped cure her PCOS symptoms and she no longer takes medication for ulcerative colitis or anxiety 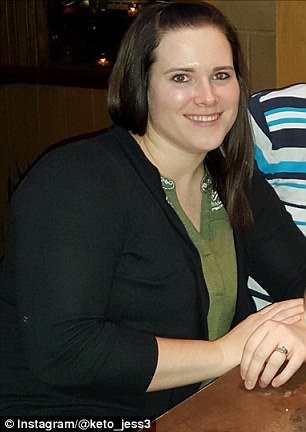 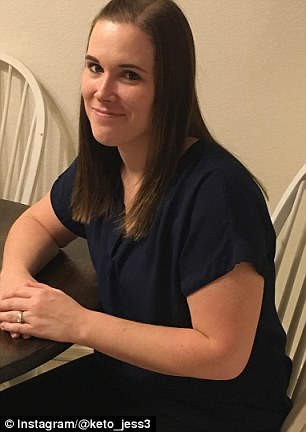 Inspiration: She was inspired to overhaul her diet after it was suggested she go on hormonal birth control for her PCOS, pictured left in December 2017 and right in November 2017

‘My joints and back no longer hurt everyday, my ulcerative colitis is gone, my PCOS symptoms are gone, my anxiety is soooo much better and my energy levels are higher too.’

Ulcerative colitis is an inflammatory bowel disease that causes inflammation in the digestive tract.

Revealing that she decided to make a change because she knew there was ‘something medically wrong’ because she was in so much pain, she made an appointment with her midwives to try and find a resolution.

‘We discovered I had PCOS and I was very close to being considered pre-diabetic. I would have gotten there if I continued the way I was going,’ she explained.

Jessica also shared how her PCOS was also tied to her ‘major back issues’ and when the midwives suggested she should go on hormonal birth control, Jessica decided to try and find a more natural way to ease her symptoms.

After doing some research before her follow-up appointment, Jessica stumbled across the ketogenic diet and initially thought she wouldn’t be able to do it.

However, after doing more research for two weeks, and learning that it was ‘extrememly good for you if you cut out all the bad carbs’, she decided to give it a try.

She added: ‘The added bonus was that I didn’t have to pay for some weight loss program, supplements or meal replacements… just regular groceries!’

Research: After doing two weeks of research, Jessica settled on the keto diet even though she was initially hesitant, pictured left in January 2017 and right in December 2017 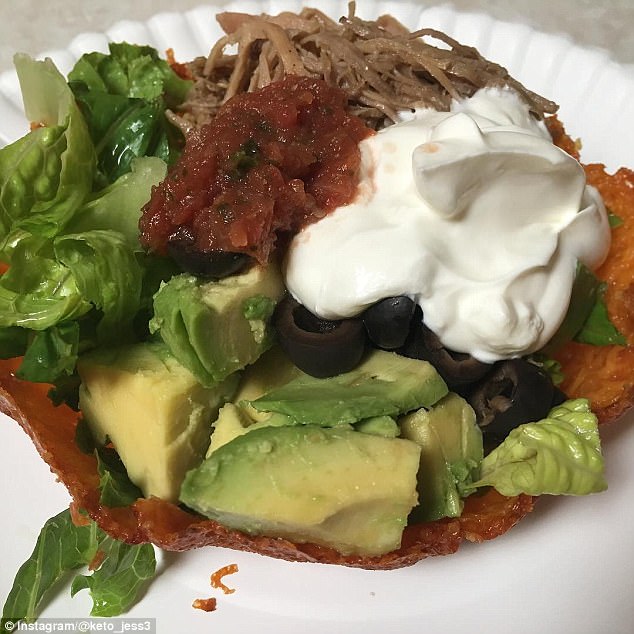 What’s cooking: She now follows a grain-free, low carb, high fat diet and even feeds her children the same things she eating as she wants to pass on good habits 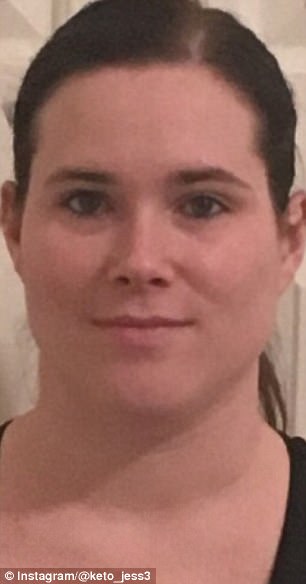 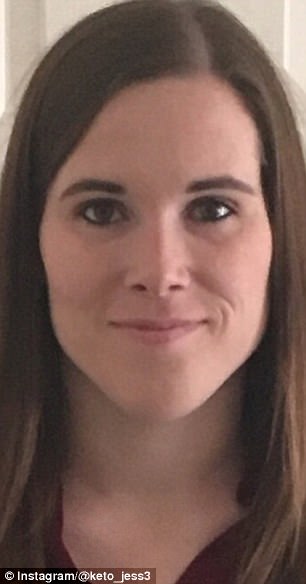 New mindset: Jessica also credits the keto diet with helping her come off medication for anxiety and depression,pictured left in December 2016 and December 2017

Talking it out: Jessica has also managed to kick her sugar addiction and therapy has changed her outlook on life, pictured left in January 2017 and right in May 2017

However, during her research Jessica came across conflicting advice and admitted she was hesitant to tell her midwives about her new eating plan.

Fast forward one year, and Jessica is off all her anxiety and depression medication and no longer needs her ulcerative colitis medications.

‘I went from seeing a chiropractor once a week to not needing to see one at all, I’ve kicked my intense sugar addiction, and I’ve been seeing a therapist since April that has been helping me change my outlook on life and to figure out where all my feelings are stemming from,’ she explained.

And she has also implemented her new grain-free way of life into her home, preparing keto-friendly meals and treats for her children also.

Taking to Instagram to post a picture of some tasty Valentine’s treats she wrote: ‘This year instead of a bunch of sugar filled chocolates for Valentine’s Day, the kids will get strawberries dipped in Lily’s chocolate, a few keto peanut butter cookies and a Lily’s chocolate bar that they can take a few squares at a time from. I am trying to pass along the good eating habits to them.’

‘Keep the processed, sugar filled junk out of here,’ she added.

The ketogenic diet plan explained, including what followers can and cannot eat

The ketogenic diet is a low carb, high fat eating plan that forces the body into a metabolic state known as ketosis.

It is also credited with helping reduce epilepsy seizures.

Foods allowed on the ketogenic diet include:

Foods to be avoided include: