How I get a $5 haircut EVERY time: Savvy Aussie reveals how she saves hundreds of dollars on grooming – and she’s been using the trick for 20 years

A thrifty woman has revealed how she affords to have her hair cut and coloured every six weeks despite being in-between jobs – with a simple chop setting her back $5.

Claudia, 49, from Sydney’s western suburbs, has been heading into Liverpool’s Tafe to get her hair done for the last 20 years.

And every time she sits in the students’ chair instead of opting for the luxury of an established hair salon she saves herself hundreds of dollars, she told Kidspot. 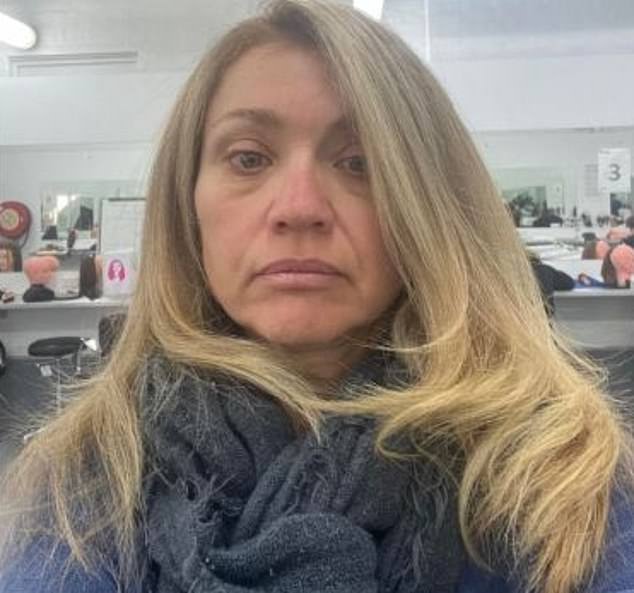 ‘It’s like my backup plan for when I don’t have much money, and it’s quite fun to do it and often introduces you to new things,’ she said.

Claudia revealed she recently headed into the classroom salon and was given half a head of foils, a style cut and a treatment for just $20.

Similar services at a professional salon would have set her back upwards of $250.

The budget-savvy woman said people need to be flexible with when they can head in for a haircut at Tafe, because they have to be done during class time.

Would you get your hair cut at a Tafe to save money?

But she has always felt confident stepping out with her new look – and says the students deliver the desired result in the same amount of time as the hairdresser at more expensive salons.

‘I call and tell them what I’d like to have done, and they’ll say something like, ‘We do cuts and foils on a Tuesday, so you could come on that day next week’,’ Claudia explained.

Claudia shared the price list from the Liverpool institute which shows men’s cuts available for just $2, full-body massages for $10 and waxing for $5.

They also offer brow and lash tinting and shaping for $15, about $70 cheaper than retail stores. 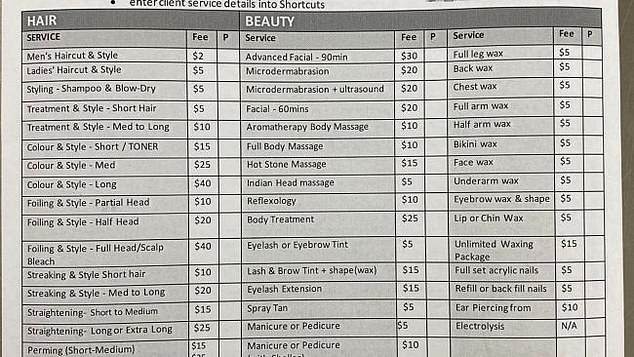 A full set of acrylic nails costs just $5, instead of $60 and clients can enjoy and advanced 90-minute facial for just $30 – saving hundreds.

Claudia said the classroom is a learning environment for students – so doesn’t have the same ambience one might expect from a typical salon.

Tafe campuses around the country have similar deals.