‘Don’t watch these videos’: Woman’s stern warning after stranger sends her ‘disgusting’ clips on Facebook – including one showing a man eating faeces from a toilet

A woman has issued a warning after receiving ‘disgusting’ videos from a stranger on social media.

The Facebook user, from the Gold Coast, said she received a range of explicit material, including a man eating his own faeces from a toilet, along with sexual messages.

The stranger has since blocked the woman.

She said she was only friends with him on Facebook because he had taken over one of her friend’s accounts.

The woman was only connected with the stranger on Facebook because he had taken over an old friends account, after she questioned his ‘violating’ actions he blocked the woman and began deleting messages he had sent

‘I obviously was disgusted and wanted to know what in his head was he thinking, he proceeded to send me multiple videos of him licking people’s number plates,’ the woman told the Gold Coast Bulletin.

The woman took to Facebook on Sunday to slam the ‘disgusting’ stranger and to warn other women.

‘I just wanted everyone to be aware of him, because it’s pretty violating and traumatising to watch the perverted videos,’ she said.

The woman uploaded pictures of the conversation.

When asking the stranger why he ‘would say such things’, he replied: ‘Stays secret deal’.

‘Not saving it or showing anyone b***h.’

The woman said the man began to delete some of the messages. 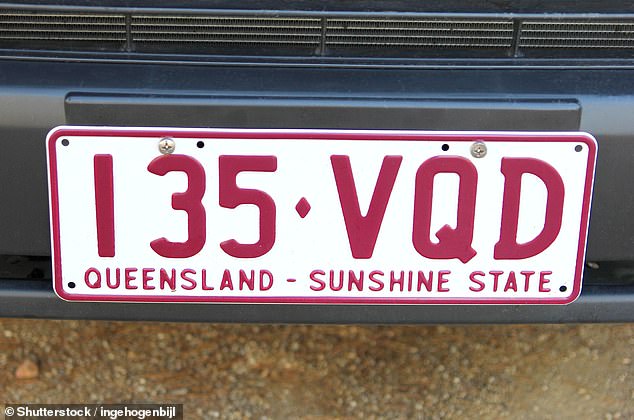