A woman has slammed her local salon after receiving microblading treatment that left her with horrific blisters under her eyebrows – despite the business owner defending her work.

Shannon Bozell, 44, from Kalamazoo, Michigan, underwent a $350 microblading procedure, a form of semi-permanent tattooing done on the eyebrows using a small blade to give them a bushier appearance.

After doing research, Bozell selected a local salon to perform the procedure, but to her horror, she was left her with the ‘BIGGEST ugliest eyebrows in Kalamazoo,’ she revealed in a now-viral Facebook post.

Before and after: Shannon Bozell from Kalamazoo, Michigan, paid for a $350 microblading procedure to have her eyebrows darkened and shaped, but was horrified by the results 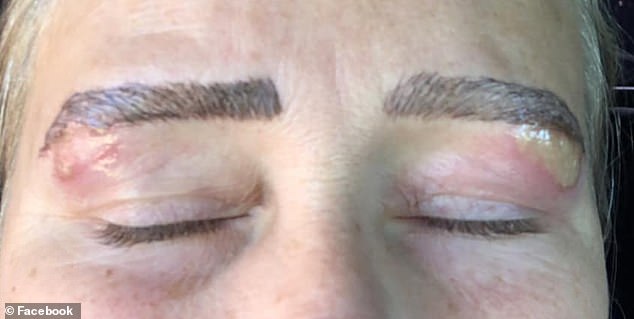 Ouch: She visited Anne Hicks, owner of Merle Norman Cosmetic Studio in Kalamazoo. After the session, Bozell complained about the unnatural results 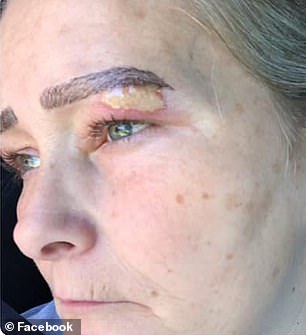 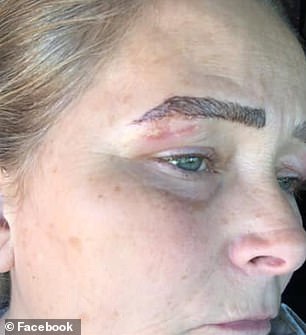 Trying to fix it: She went back to Hicks to have some of the color removed, but the procedure left her with blisters on her face

The botched job was shared months after Bozell underwent the procedure because she wanted other people to be aware of the risks when getting microblading done on their own face.

At the beginning of her post, Bozell shared how she had minimal eyebrows ‘due to over plucking in my 20s’. 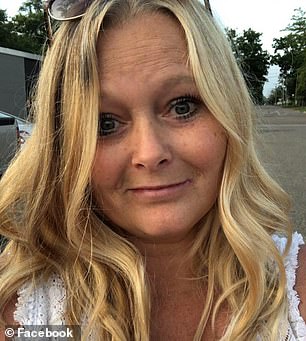 Sharing: Bozell waited a few months before sharing her story. She decided people should know about the dangers of the procedure

Bozell said she looked closely at the artist’s profile before selecting the treatment. She ultimately decided to go with Anne Hicks, the owner of Merle Norman Cosmetic Studio in Kalamazoo.

‘She f**ked my face up,’ Bozell wrote while sharing multiple pictures after the botched procedure. ‘I’ve basically been in hiding ever since!’

One of the biggest problems was the microblading procedure overemphasized and created large eyebrows on the woman’s face in a way that did not naturally fit.

‘I didn’t ask many questions during the process as I thought she knew what would be best for me and my face shape,’ the woman added.

Three days after the procedure, Bozell then went back to the salon so the artist could then ‘scrape’ off some of the coloring and reshape the brows to hopefully make them look more natural.

But this only caused more problems for Bozell. 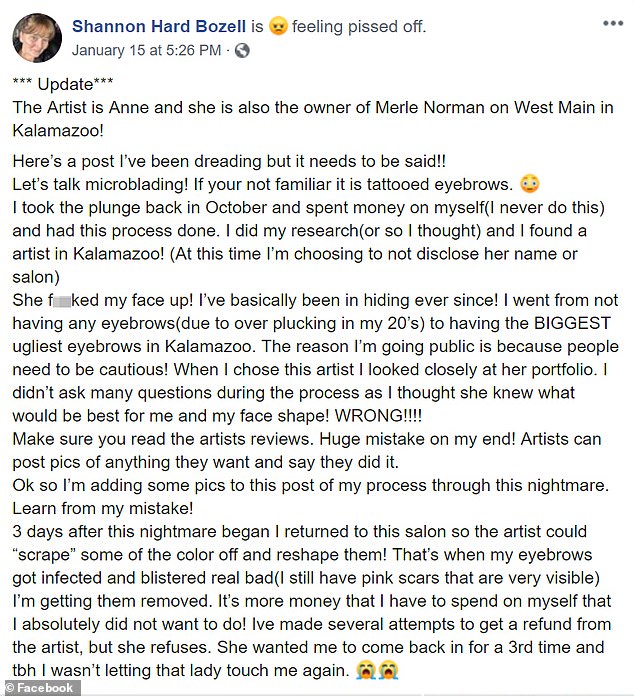 Statement: ‘She f**ked my face up,’ Bozell wrote while sharing multiple pictures after the botched procedure. ‘I’ve basically been in hiding ever since!’ 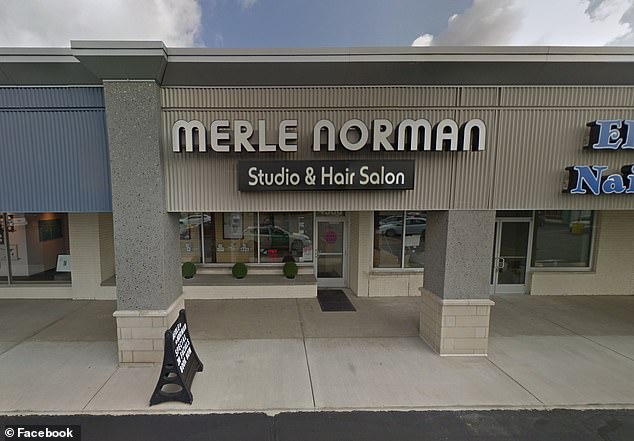 The studio: The owner offered for Bozell to come in for a third session to help get her the results she wanted, but Bozell said she didn’t want the woman near her face again 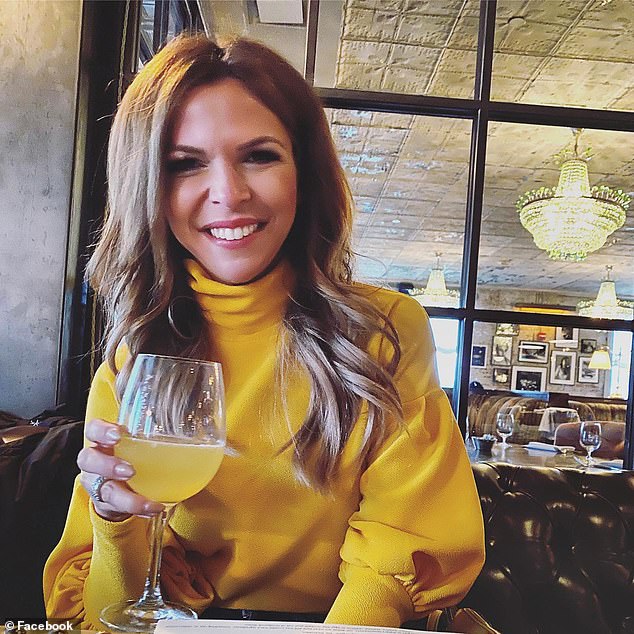 Speaking out: Hicks (pictured) has since defended her business online. She explained her side of the story and detailed the effort she went into to fix the situation

‘That’s when my eyebrows got infected and blistered real bad (I still have pink scars that are very visible),’ she wrote.

‘I’m getting them removed. It’s more money that I have to spend on myself that I absolutely did not want to do! I’ve made several attempts to get a refund from the artist, but she refuses.’

Apparently the artist requested for Bozell to come in for a third time to fix her eyebrows, but Bozell said she ‘wasn’t letting that lady touch me again.’

Hicks has since defended her expertise with microblading and her salon following the backlash.

She explained how in the appointment with Bozell, she first drew a diagram on the woman’s face to show just how the eyebrows would look with the shape.

Following the diagram, Hicks asked Bozell to approve it or ask for anything to be altered to her liking. Bozell said that moment happened during the appointment, but she didn’t understand what she was looking at.

Hicks has since taken to her own Facebook page to defend her business. She also provided multiple examples of other clients who loved the results after the procedure.

‘It means everything to me. This is my everything. I don’t take it as a joke. I take what I do very seriously,’ Hicks said. ‘I tried many times to get her [Bozell] to come into my studio so I could make this right with her, and unfortunately that never happened.’