A woman who tipped scales at almost double the weight of her wedding day, has shed her excess pounds by combining CBT with a popular weightloss plan.

Mother-of-one Diana Mais, 56, from Sutton Coldfield has shed six stone after becoming ‘sick’ of how she looked, and struggling with knee pain and other weight-related health problems.

The relationship manager who weighed 17st 2lb at her heaviest and wore a UK dress size 22 had previously tried to slim down on numerous occasions but would lose motivation.

Diana Mais (pictured), 56, from Sutton Coldfield, who weighed 17st 2lb at her heaviest revealed how she was able to shrink to a UK size 12 in just seven months 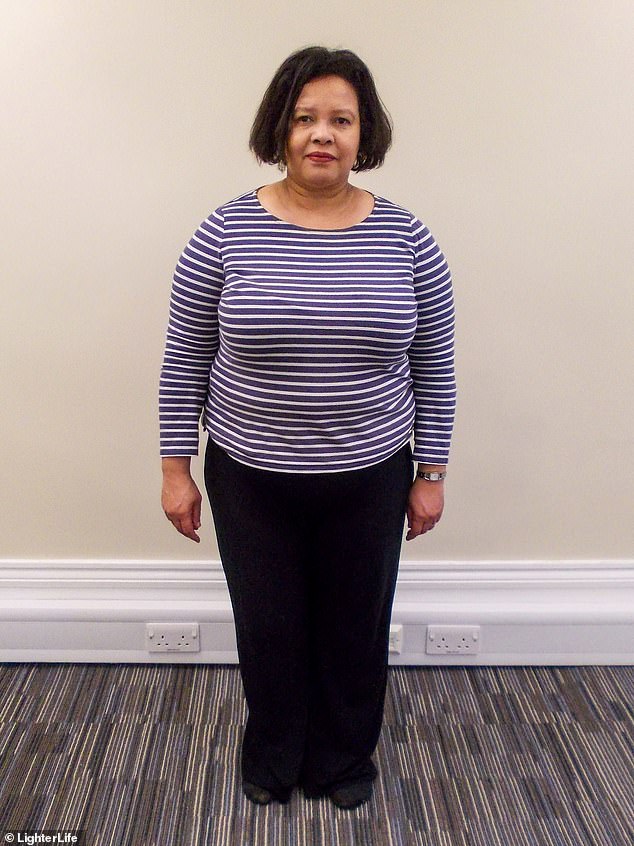 Diana admits battles with her weight were linked to becoming too comfortable in married life and not being in the right frame of mind to follow a diet plan.

She said: ‘At size 22 I felt dreadful; knee pains, backache and ill-fitting clothes had left me feeling really low and sluggish. I’d been contemplating starting LighterLife for some time, but for some reason I had never been in the right frame of mind to do it.

‘For many, the Christmas period is all about gorging on anything and everything, but for me it ended up being the opposite. By 25th December I was so sick of how I looked and felt, that I’d had enough.

‘I wrote myself an action plan, mentally preparing myself to begin in January. When the time arrived, I was so ready to start, I practically ran to my LighterLife group.

‘Coming from a Jamaican family, my mother would cook up the most delicious meals. Mealtimes were a huge part of our family, and though my weight had never really been an issue, by the time I reached my mid-thirties, everything changed.

‘I’d gotten married and life became too comfortable. I was just 10st on our wedding day and when I weighed in at the start of the year, some 20 years later, I was over 17st. 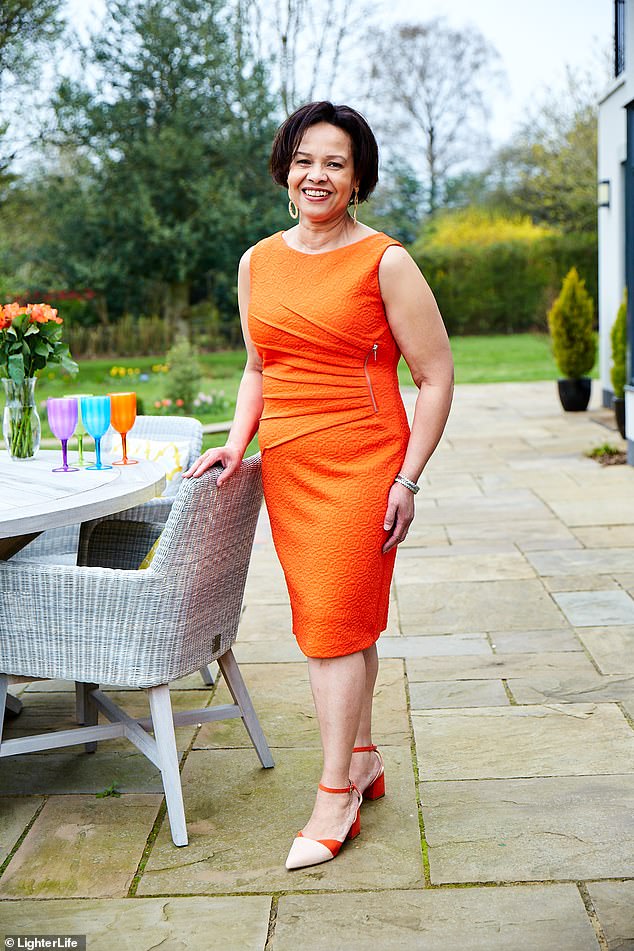 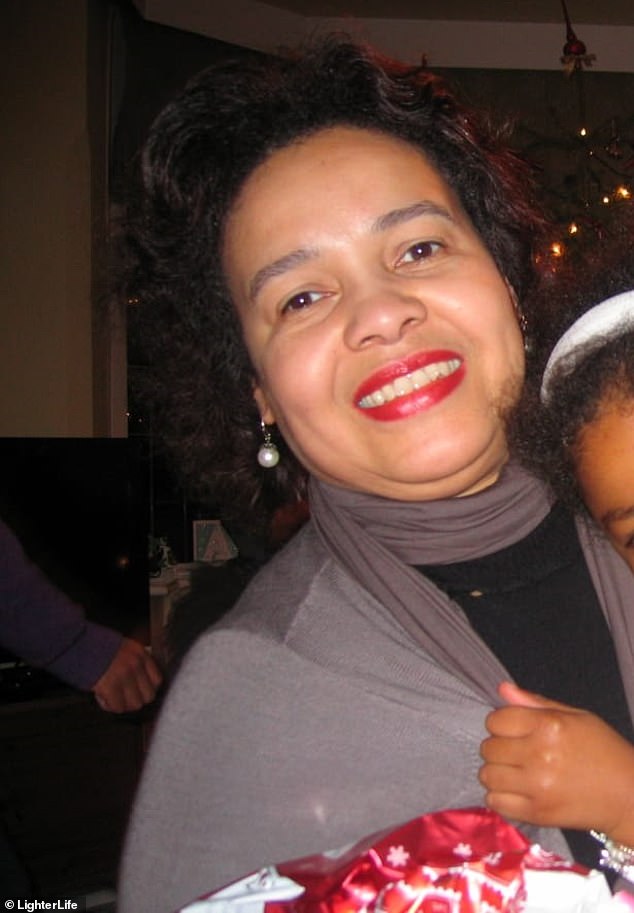 Lunch: Chicken salad with grated cheese and lots of coleslaw

Dinner: Chicken with potatoes and vegetables followed by cake for dessert

Snacks: Half pack of biscuits, chocolate and crisps

Lunch: Chicken salad with grated cheese and lots of coleslaw

Dinner: Chicken with potatoes and vegetables followed by cake for dessert

Snacks: Half pack of biscuits, chocolate and crisps

‘When I started LighterLife, I was recommended to start the Total plan to lose up to a stone each month. On the plan I chose four products to have each day, and I was instantly so impressed with the variety on offer.

‘I thought I would have to give up food that tasted good, but that wasn’t the case – I used to look forward to having the LighterLife porridge for breakfast each morning.

‘I stuck to the Foodpacks and I lost an impressive 9lb in my first week. The rate of weight loss is so motivating and keeps you focused on your end goal.’

Diana who lost a total of 6st 5lb to obtain an enviable size 12 figure, spent seven months focusing on her weight loss aspirations.

Speaking about her past attempts at losing weight, the mother-of-one confessed she had previously struggled mostly with keeping the pounds off after losing them.

She said: ‘I’d done LighterLife back in 2007 but I never followed the management plan, so old habits returned without that support system. I knew that the programme worked so well for me last time, so it was a no-brainer to return once I’d found myself at my heaviest weight. 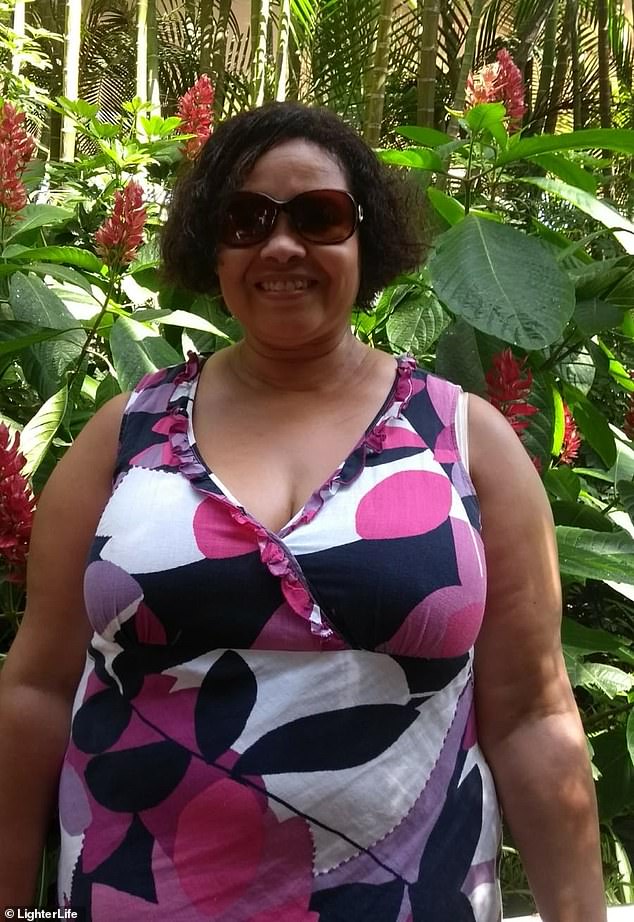 ‘Cognitive Behavioural Therapy is a proven way of unpicking unhelpful thoughts and making new habits and that exactly what I needed for my weight loss and beyond.

‘The group sessions are invaluable. My Counsellor, Debbie, takes us through weekly Cognitive Behavioural Therapy (CBT) activities and amazingly they are always relevant, not just to poor eating habits but to everyday situations, too.

‘The camaraderie amongst the ladies in group is brilliant because we all have a single goal in common and have become great friends.

‘Not only is my LighterLife group supportive, but it’s thought provoking, too. I’ve realised that I’ve been putting my needs last for years which had sabotaged my weight loss success. I’ve now been given the tools to no longer do that to myself.

‘I’m so excited to just feel “normal” and not feel self-conscious and embarrassed about my size.

‘Since losing 6st my energy levels are off the scale, I genuinely believe I can achieve anything I set my mind to, and that feeling is so liberating. I feel confident and excited about the here and now, as well as the future, and with my Management plan in place I have the tools to keep my weight in check.’