A single woman has left thousands with their jaws on the floor after she casually shared her ‘crazy’ disaster date story.

In a video posted to TikTok, an interviewer had stopped the woman on the street to ask about her worst ever date and was not prepared for the ‘wild’ story she relayed from when she went out with a man while visiting Queensland.

She said her date made her pay for dinner, his car broke down on the way home and she even ended up being taken to the police station for a suspected breaking and entering violation after he brought her to a stranger’s house claiming it as his own.

‘This guy invited me out to this nice restaurant, five star, it was really posh,’ she started the story.

The pair get in the man’s car which proceeds to break down and they were left stranded on the side of the road for two hours in silence.

‘His car breaks down half way home and I’m like it’s all good. We did not talk, I struck up a conversation but he didn’t say anything back to me,’ she recalled.

When they finally got back to the man’s house, she noticed something very unusual about his living arrangements.

‘No furniture at all, no bed, no cutlery, nothing, no toilet paper – empty, an empty house,’ she said.

The woman still was not bothered and stayed the night, sleeping on the floor before she received a rude awakening.

‘The next day some people come home, some randoms – he doesn’t know who they are, he’s in their house, he broke into some random’s house and claimed it as his house,’ she said. 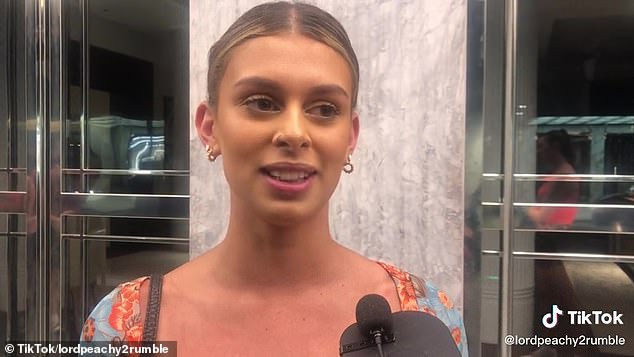 ‘Got the cops called on us. We didn’t go to jail but we got sent to the cop station for breaking into someone’s house.’

The woman’s parents had to fly over to fetch her from the police station in Queensland from Western Australia and she then returned back home.

Thousands of viewers were astounded by the ‘wild’ date story and were impressed by the women’s cool and calm attitude.

‘I’m impressed with her, ‘it’s all good’ seems to be her motto, nothing fazes this woman, that gentleman is a keeper,’ one man said.

‘This is the most low-maintenance woman I’ve ever seen and I love it,’ a second agreed. 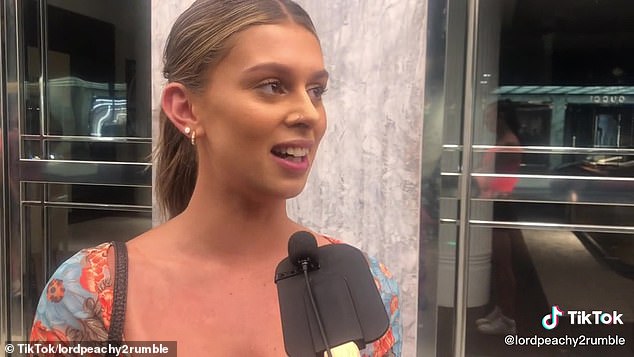 The woman received a rude awakening after spending the night at his house: ‘The next day some people came home, he broke into some random’s house and claimed it as his,’ she said

‘She has a heart of gold!’ a third commented and a fourth said: ‘Wifey material, 100 per cent’.

Others were shocked by the man’s behaviour while some said he must have been good looking for his date to put up with his ‘red flags’.

‘I’m impressed with her, ‘it’s all good’ seems to be her motto, nothing fazes this woman, that gentleman is a keeper,’ said one viewer.

‘The date would of ended at the restaurant with him owing them,’ one woman laughed.

‘What… I’m blown away. the man must have looked like Tristen Tate. Still go home with him and sleep there after all that and not talking and paying,’ another user replied.

‘Wow.. Hard enough to get a match.. How do you get away with this?’ a third asked.