A woman has shared a video showing how a tiny Australian spider grows into a huge huntsman in a matter of months.

American ex-pat Lisa Van Kula Donovan’s video started with small spider at about 1cm long sitting on her hand, taking up less than half the width of one finger.

Then the fully grown spider is shown perched with its legs dangling off her palm and easily the width of her entire hand.

‘Show your baby as a newborn vs now,’ Ms Donovan, who moved to Australia a decade ago and lives in Hervey Bay, Queensland, captioned the clip.

‘Charlie Tickles is getting bigger, but still a ways off adult,’ Ms Donovan wrote.

‘When she is adult I’ll be making a video showing the stages of growth in order to better help people understand how long it takes for them to grow to hopefully change their minds about squishing them.’

Some commenters said the clip was fascinating as they had never seen a baby huntsman before and marvelled at how small it was.

‘Cute! I just want to pat it – actually better not,’ one wrote.

However, others were a little more wary as they they couldn’t imagine putting a spider on their hand.

‘I’ve been trying to get over my fear of spiders but the spindly ones – nope. I think they will run at me and get under my clothes,’ one wrote.

Ms Donovan works in the tourism industry but is a ‘wannabe entomologist’ and regularly shares snaps with various arachnids and insects.

She kept one of 200 small huntsmans, a female spider named Sophia, in her house in early 2021. 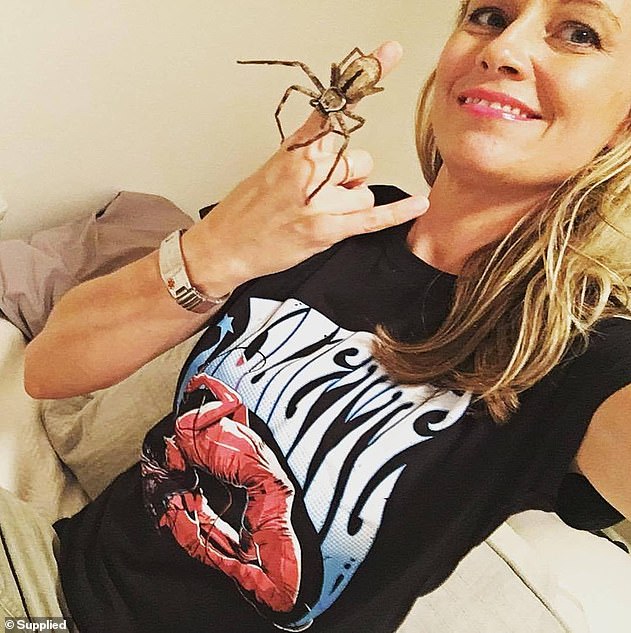 Ms Donovan (pictured) with one of her pet huntsman spiders. She grew fascinated by spiders after moving to Australia about 10 years ago 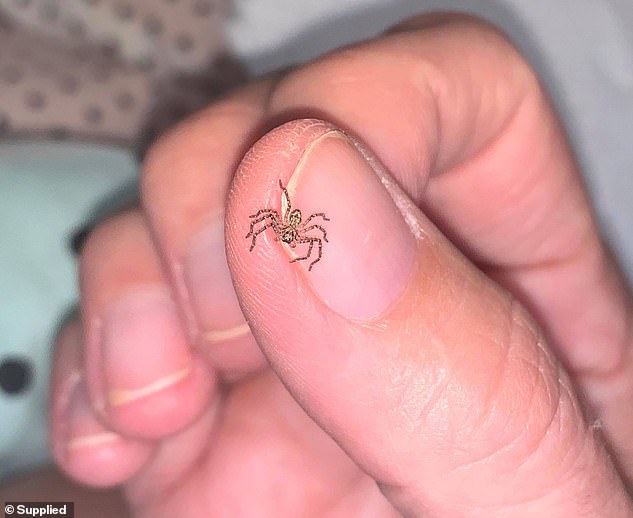 ‘I love the way they walk, their long legs. I also know how misunderstood they are and they’re really just not out to harm anyone,’ she said.

‘Ninety-nine per cent of spiders can do you no real harm.’

Her fascination with spiders began when she recorded a tiny barn spider wrapping a wolf spider in its web back in America and recalls wondering how a small spider could take down a big one.

Her hobby really took off when she moved to Australia, which has a wide variety of spiders.

Among the spiders she lets live at her house along with Charlie Tickles are a golden orb spider called Charlotte, and huntsmen spiders called Flip, Cuddles, and Parker after Peter Parker.

She said she has never been bitten by one of her pet spiders despite handling them regularly.