Annette Kravchenko will be sending Matilda, who she thinks of as a daughter, to eight different countries, during her two-year-long trip, which started a few weeks ago and will involve travelling thousands of miles.

Explaining her itinerary, Annette, 42, of Ipswich, Queensland said: ‘She started in Brisbane, then went on a cruise near me. Next she is flying to Japan and, from there, she’ll head onto Italy.’

With the cruise being the exception, Matilda will mostly be posted ahead to her destination, as a signed-for parcel, although she will enjoy sightseeing at each destination and has been promised a tasty pizza in Italy.

‘She’s really looking forward to it,’ said Annette. ‘After Italy she will go to Holland. That will be in the spring, and apparently there will be some gorgeous flowers in bloom.

Annette Kravchenko, 42, from Queensland is spending more than $10,000 (almost £6,000) on sending her reborn doll on a round-the-world trip 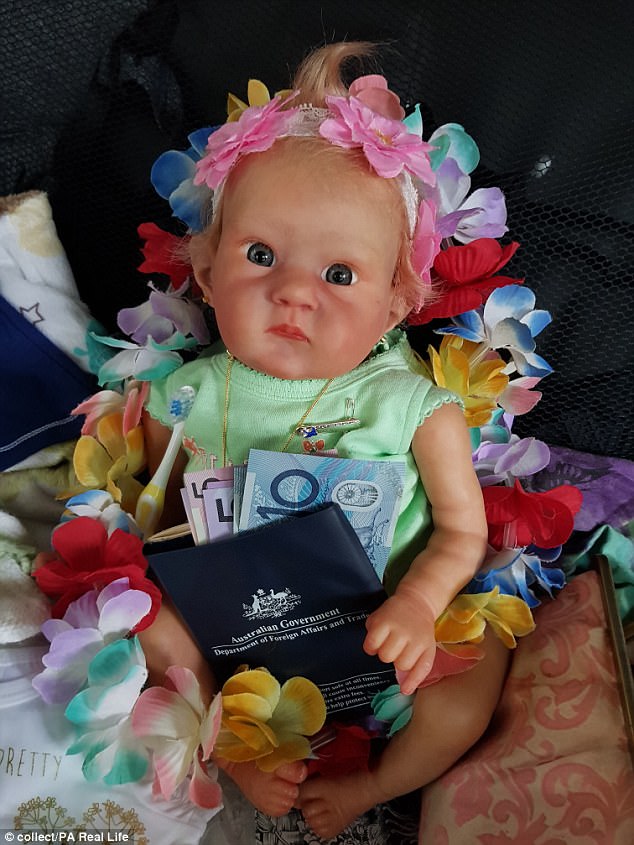 Annette Kravchenko’s reborn Matilda clutches a passport, ahead of her big trip

‘I’m looking forward to some pictures of her amongst the blooms.’

After Holland, Matilda will travel on to the UK – where her first port of call will be Ilminster in Somerset.

There, she is likely to enjoy visiting the famous Ilminster Cathedral.

‘She’s then visiting Derby and East Yorkshire,’ said Annette, who explained that Matilda would be staying with people she had met through the online reborn community. 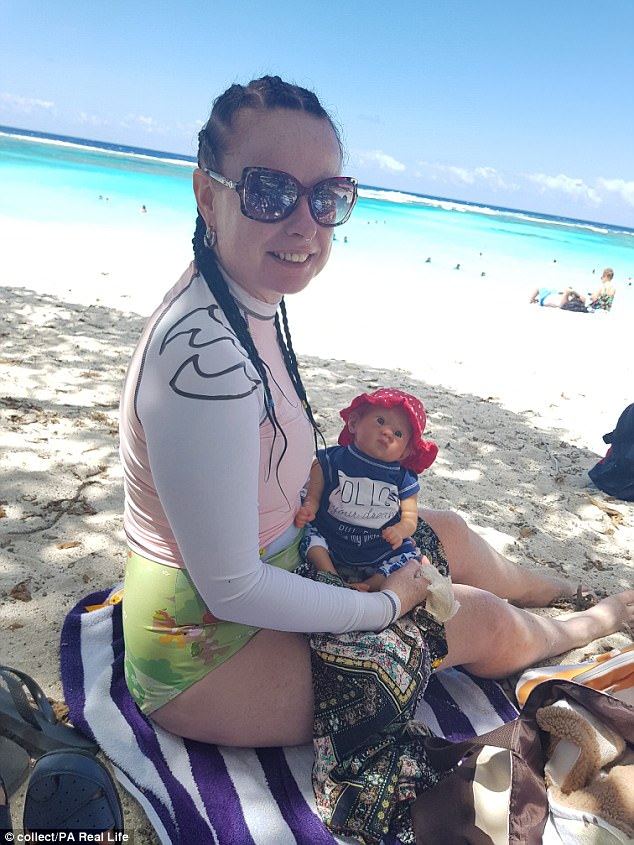 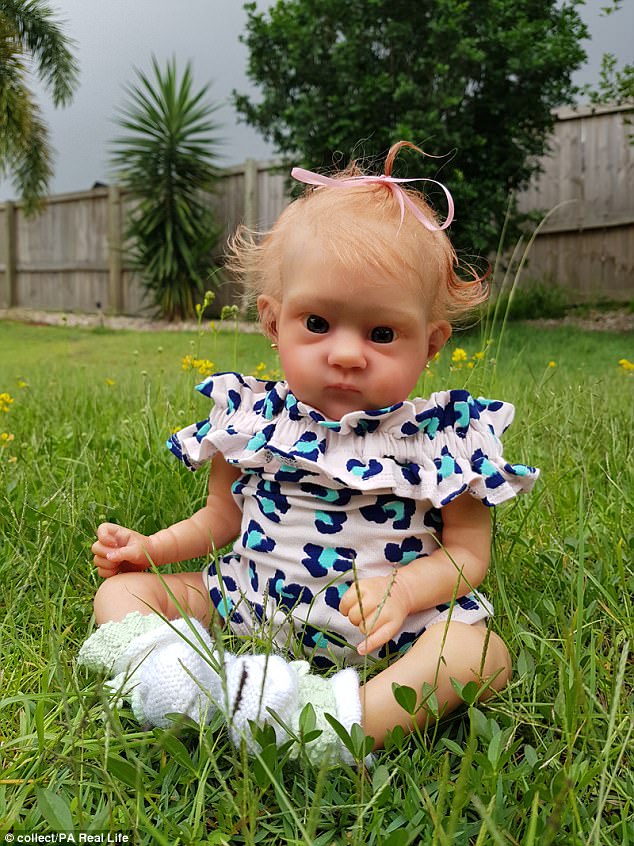 Annette Kravchenko’s reborn Matilda in one of her many frocks. Throughout her travels she will be staying with people Annette has met through the reborn community 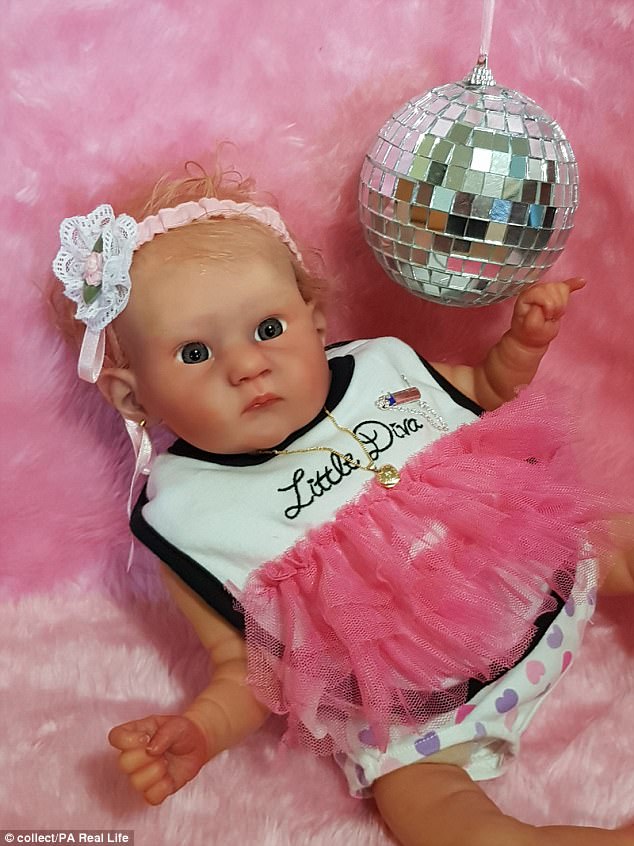 The doll will spend a year travelling the world at a cost of $10,000 to Annette 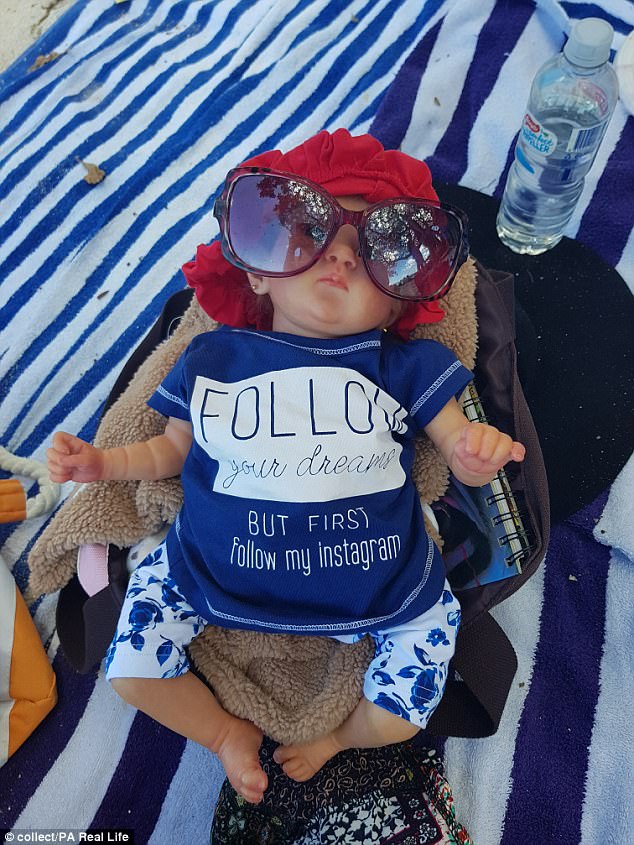 Annette Kravchenko’s reborn, Matilda, hopes to be an Instagram star

‘She’s very precious to me, so I wouldn’t let her stay with just anyone – only people I trust.’

After Yorkshire, Matilda – named after famous Australian folk anthem Waltzing Matilda – will travel to Argyll in Scotland and then, across the Irish sea to Ireland.

From Ireland, where she will be staying with a man who collects reborns, she’ll cross the Atlantic to Springfield, Vermont, USA, where there is a life-size statue of Homer Simpson.

‘A picture of Matilda with Homer will be hilarious,’ Annette explained. 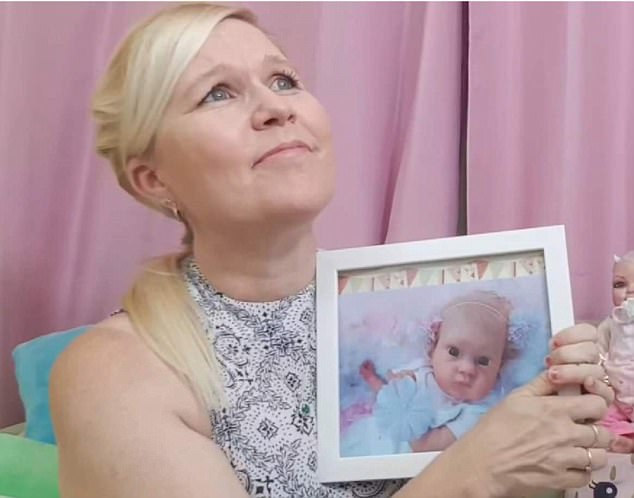 Mother-of-two Annette wanted more children after the birth of her son, but her husband wasn’t keen 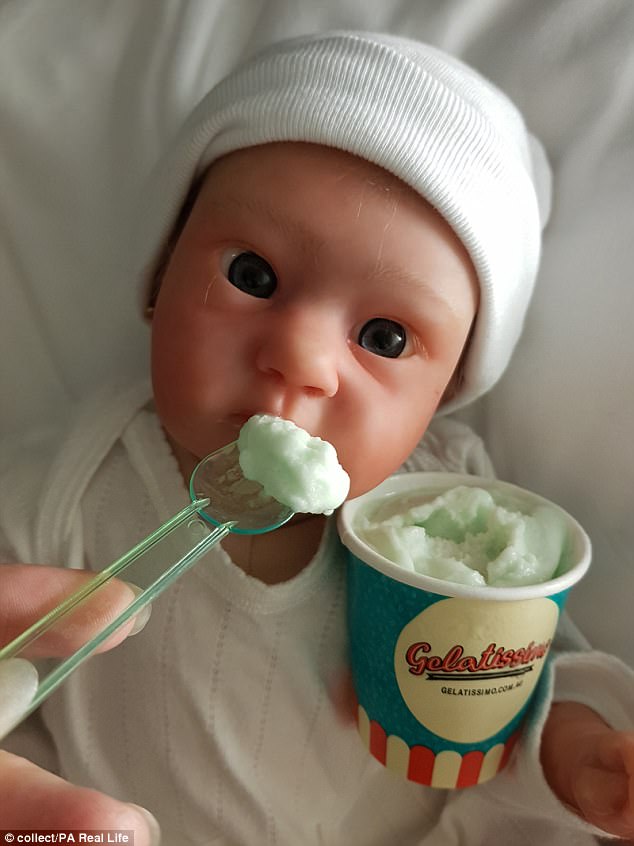 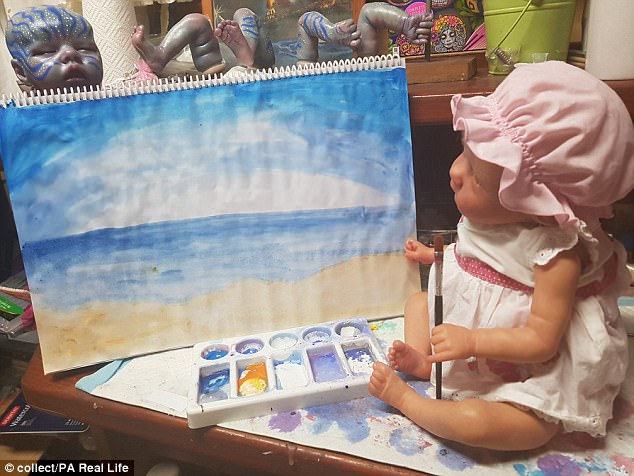 From Vermont she’ll head south to Pennsylvania. She’ll celebrate her first birthday on Thanksgiving, November 23, 2018, in Cape Cod, Massachusetts. Christmas and New Year will be marked in North Carolina.

Then, as 2019 dawns, she will go on an exciting US road trip across the Midwest, taking in Illinois, Wisconsin and Idaho.

‘Then she is taking in Canada,’ said her mum, explaining she was then flying the 13,000 miles to Perth, then Sydney, where she would be met by her human family. 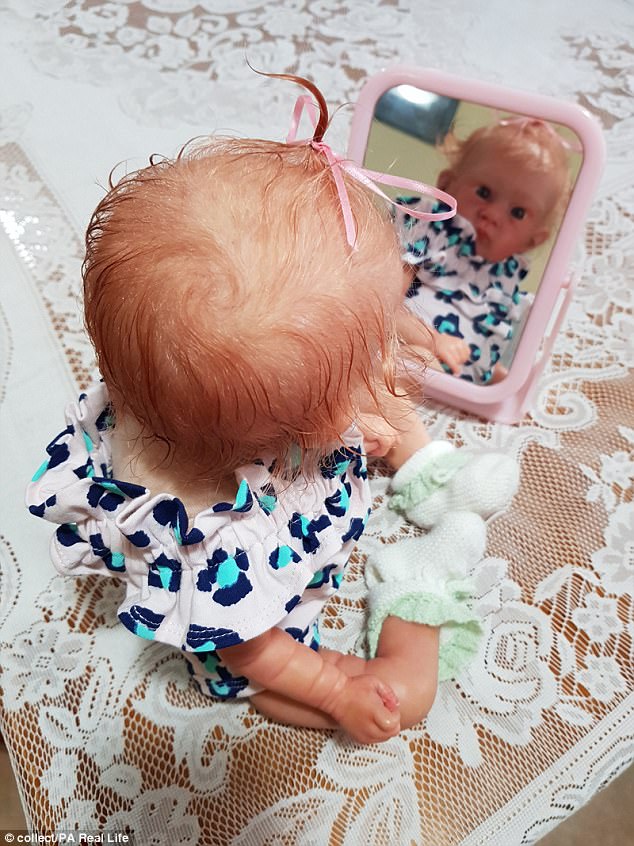 Annette spent months working on Matilda, lovingly choosing strawberry blonde hair for her, which matched her own 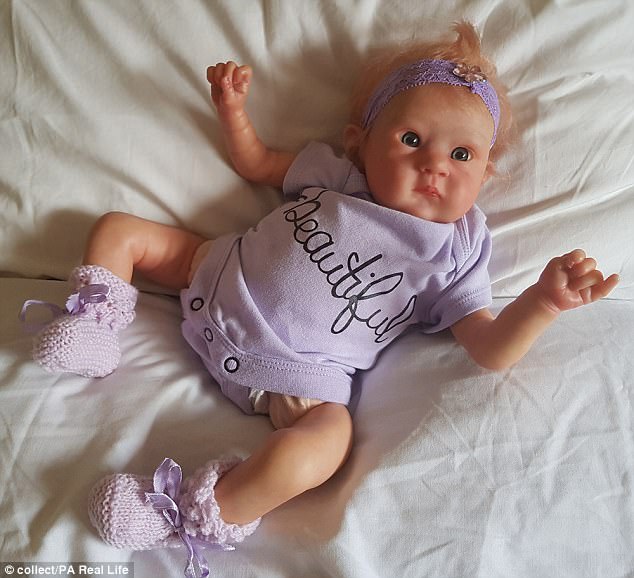 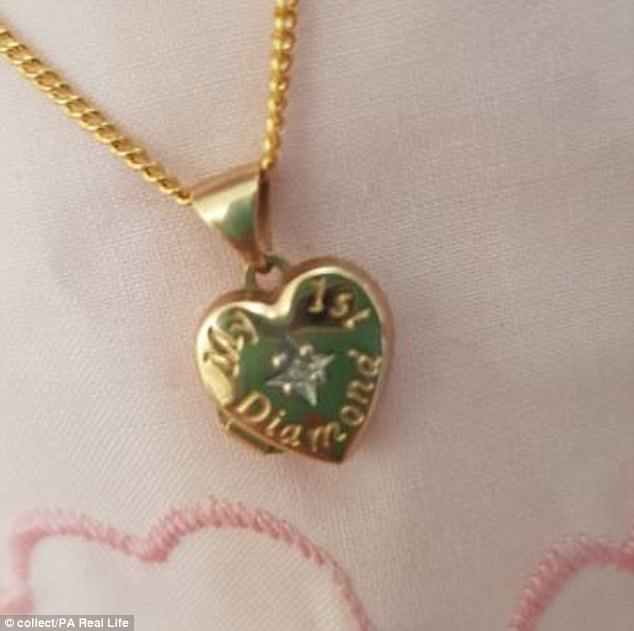 ‘I’ll really miss her, so I can’t wait to see her in Sydney,’ said Annette. ‘When she is near me I feel calmer.’

But, strangers – through a fundraising website – are also donating cash to sponsor her, as she travels the world.

Annette has even bought her ‘girl’ a $65 (£38) diamond and plated gold heart necklace to wear on her adventures – so she knows her mother loves her. 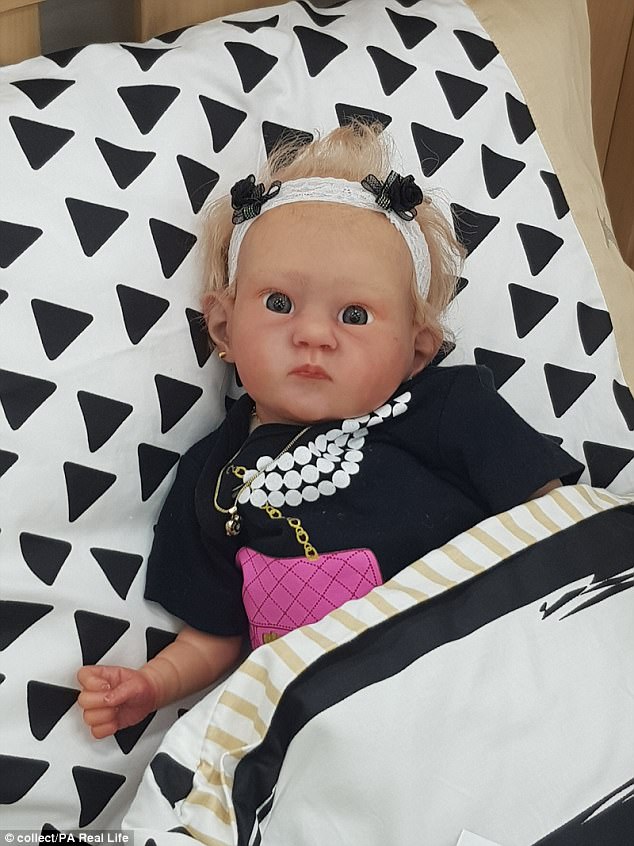 The doll will visit eight different countries, during her two-year-long trip 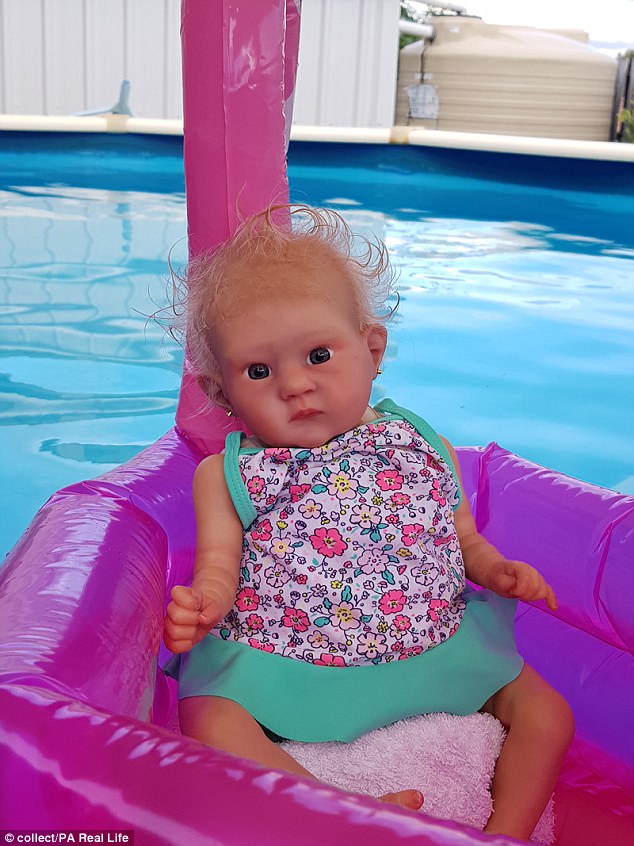 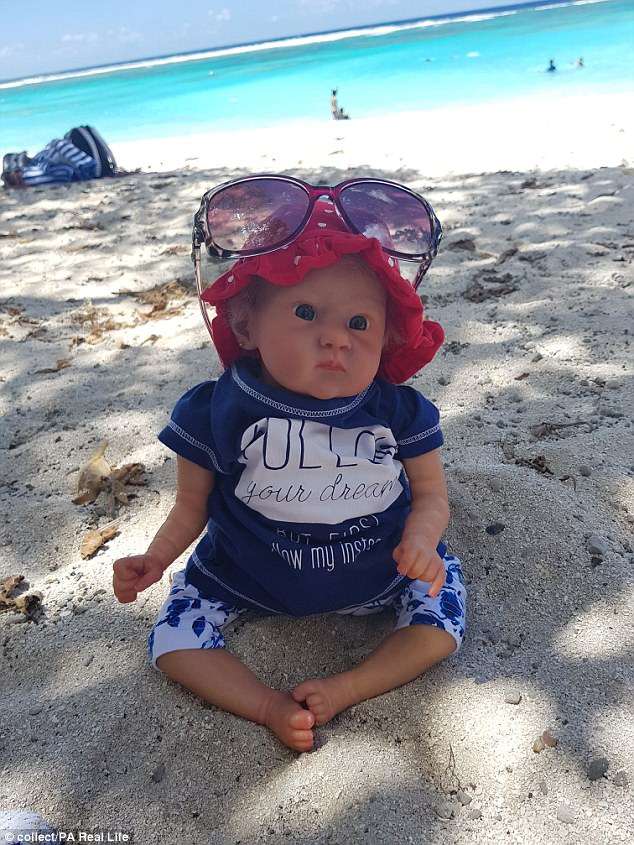 And she is posting pictures of her in exotic locations online, so people can see what she is up to.

Annette, who is married to the children’s father, truck driver Michael, 52, first became interested in reborns following the birth of William.

‘I wanted more children,’ she confessed. ‘But my husband wasn’t keen so, after hearing about reborns, I considered that.’ 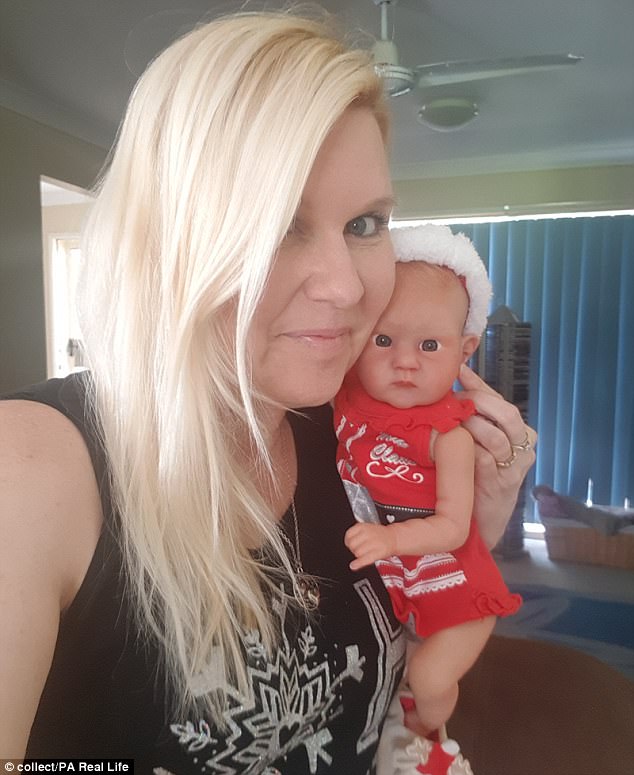 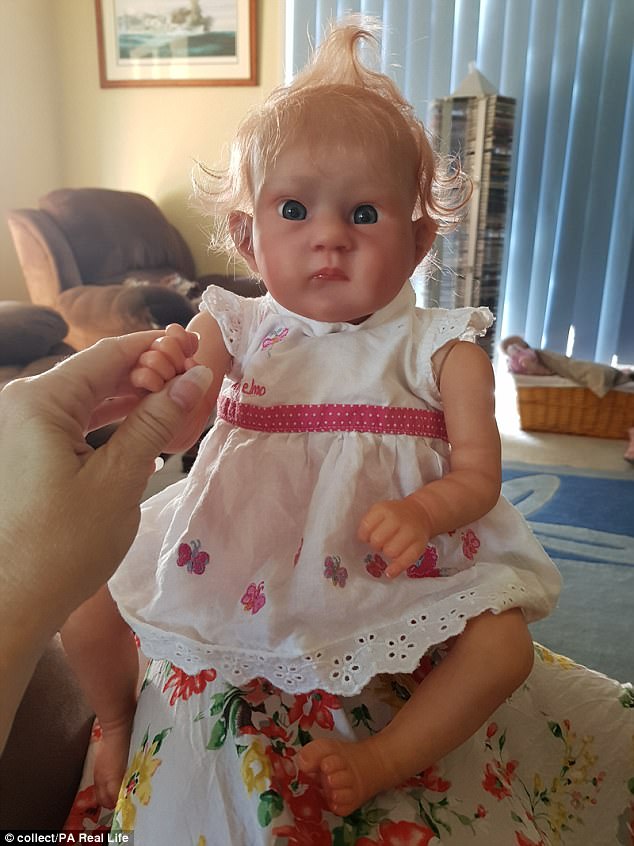 The mother-of-two started making reborns after realising how expensive they were, but Matilda is the first one she’s created for herself 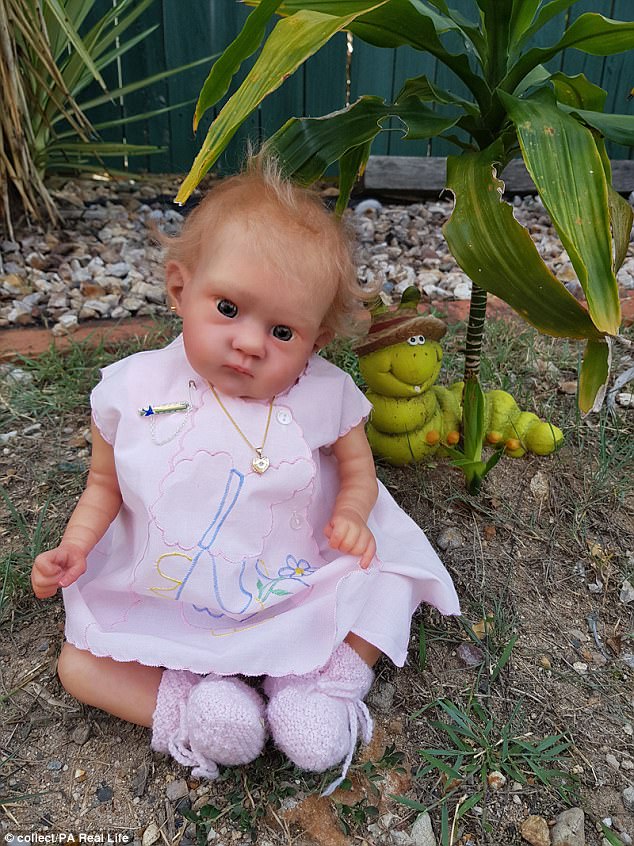 Making reborns is a business for Annette, but Matilda is most definitely an indulgence as she spends hundreds on outfits for her as well as splashing out $10K on her travels

But, realising how costly they could be – they cost up to $1,500 (£864) new – Annette started to make her own, delicately painting on layers of skin up to 20 times and threading baby fine hair into their scalps.

Her efforts were so successful, people started buying her tots – leaving her own reborn cupboard bare. 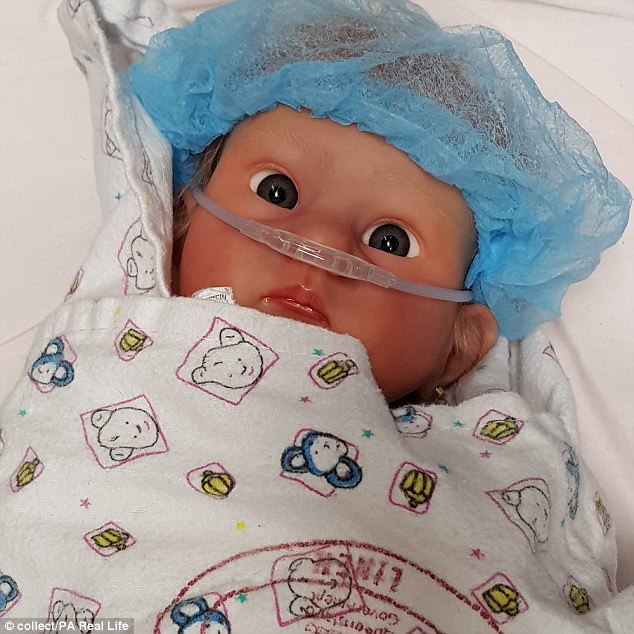 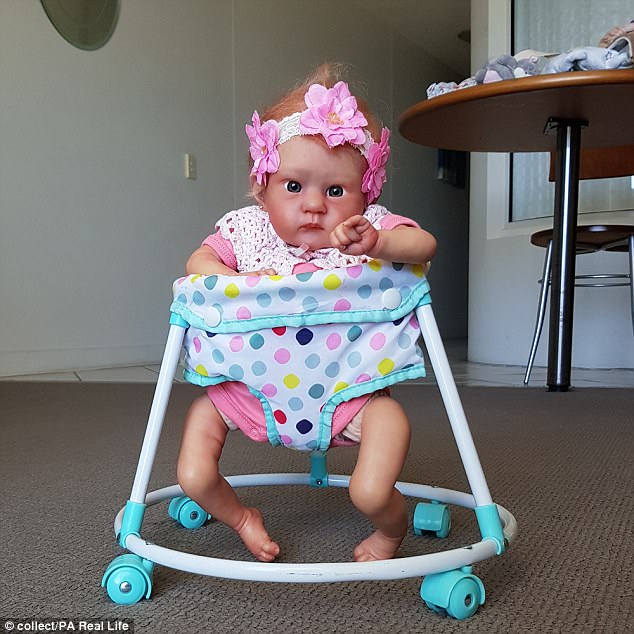 Her family understand Matilda’s passion for dolls, who earn her an income through advertising fees

She spent months working on Matilda, lovingly choosing strawberry blonde hair for her, which matched her own.

She also spends hundreds of dollars on her clothes and accessories.

‘I love buying her things,’ she admitted. ‘But my family also know Matilda makes me money, through awareness of reborns and advertising fees on YouTube.

‘And she brings me and my reborn family so much joy.’