Woman sues Jeffrey Epstein’s estate for $500million, claiming he sexually abused her from when she was a child and sold her as a prostitute to wealthy clients

A Minnesota woman is suing Jeffrey Epstein’s estate for half a million dollars, claiming he sexually abused her and sold her as a prostitute to wealthy clients.

The lawsuit, filed on Friday in Dakota County alleges the disgraced financier drugged and assaulted the woman throughout her childhood and adult life.

According to the lawsuit, Epstein ‘initiated, orchestrated, and facilitated numerous crimes to subject the plaintiff to a forced, immoral relationship of sexual and economic servitude benefitting the defendants.’

Epstein, 66, had been facing up to 45 years behind bars before he hung himself. The billionaire had pleaded not guilty and was awaiting trial

The lawsuit goes on to state Epstein tried to extort the woman to recover money he paid as a settlement in a separate sexual abuse case, KARE 11 reports.

Epstein, 66, hanged himself in his New York jail cell on August 10, 2019 while facing charges of child sex trafficking.

He had been facing up to 45 years behind bars. The billionaire had pleaded not guilty and was awaiting trial.

Epstein previously received an 18-month prison sentence in Florida in 2008 on charges of soliciting a minor for prostitution.

The news comes just one month after a 30-year-old woman came forward in a new lawsuit alleging she was sexually abused and raped as a young girl over a three year period by Epstein. 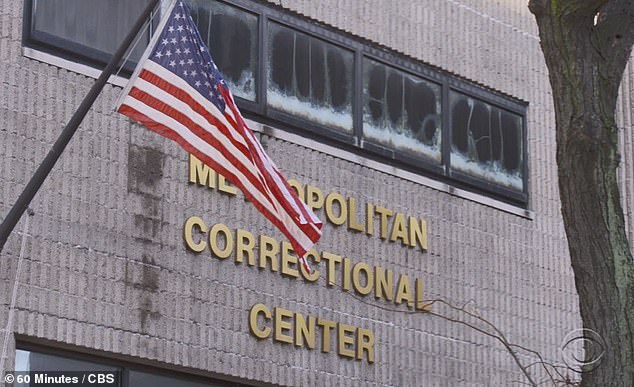 That woman, in court papers filed in December, says the abuse took place at Epstein’s Manhattan mansion between 2003 and 2006, starting when she was 14.

Another underage friend had lured her to the residence on the promise that she would earn $300 if she gave a massage ‘to a rich man in Manhattan’, the filings show.

That alleged victim says that after three years of abuse and finally rape, Epstein asked her to bring him more young girls, and that he would pay $300 for each one, the New York Post reports.

Her case is one of more than two dozen filed by women against Epstein’s estate, alleging they were sexually abused by the financier who took his life in a Manhattan jail cell while awaiting trial on sex trafficking charges.