A young woman who survived the Borderline Bar shooting lost her house in the California wildfires less than 24 hours after the massacre.

Deseriee Edman and her family were forced to abandon their home in Malibu on November 8 as the wildfires tore through.

The family were able to safely evacuate as the fire raged around them but their home quickly burned to the ground.

Just hours earlier, Deseriee had managed to escape the horror that occurred at the Borderline Bar in Thousands Oaks when a gunman stormed in and opened fire.

Deseriee Edman was forced to evacuate her family home in Malibu, California on November 8 due to fires just 24 hours after surviving the shooting at the Borderline Bar

Twelve people were killed in the shooting massacre.

‘I’m trying to stay strong as possible for my family and my friends. And I’m trying to look at everything as positive as I can in these types of situations.’

Deseriee’s sister Destiny added: ‘The fact is we made it out alive, and my sister survived and we’re here.’

Her mother Carmen described going into panic mode after hearing news of the shooting on the Wednesday night.

‘I was in panic mode since Wednesday night – since that phone call – and stress levels were off the charts,’ Carmen said.

She credited Ventura County Sheriff’s Sgt. Ron Helus, who was killed in the bar shooting, for saving her daughter’s life. 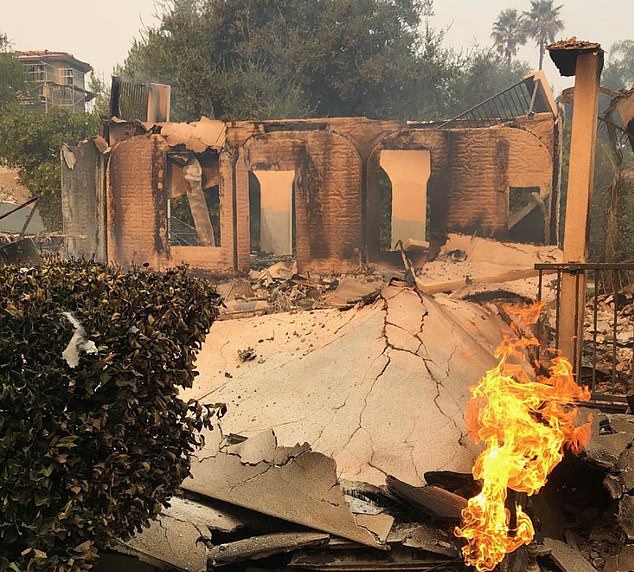 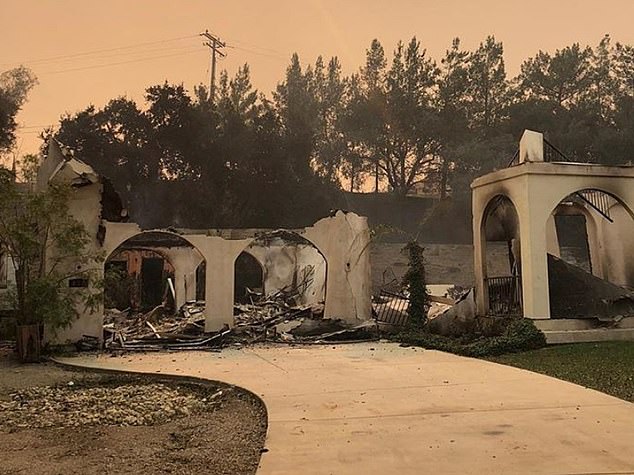 ‘Twelve people didn’t go home. Ron didn’t go home, neither did Justin, Christina… all these people that were there. Good people. It’s really tragic that this happened in our city – in Borderline, and that Ron had to pass. It’s just tragic,’ Carmen said.

Deseriee and her family attended Sgt. Helus’ funeral on Thursday.

Several thousand people, including hundreds of law enforcement officers from throughout California, packed the Calvary Community Church in Westlake Village for the emotional service.

In an Instagram post, Deseriee wrote: ‘It has been a tough few days. Being at Borderline with all my friends and losing too many from the mass shooting and then fleeing Malibu from the fires.

‘I am very thankful for all the love and support I have received from my friends and family. Thank you to all the first responders, Sgt Ron Helus and police who saved so many of us at borderline. Then all the firefighters who are fighting the fires in my hometown.’

Meanwhile, the California wildfires have so far claimed at least 76 lives and left more than 1,200 listed as missing.

It is the deadliest and most destructive wildfire in California’s history.

The blaze has devoured an area roughly the size of Chicago, destroying nearly 10,000 homes and more than 2,500 other buildings. 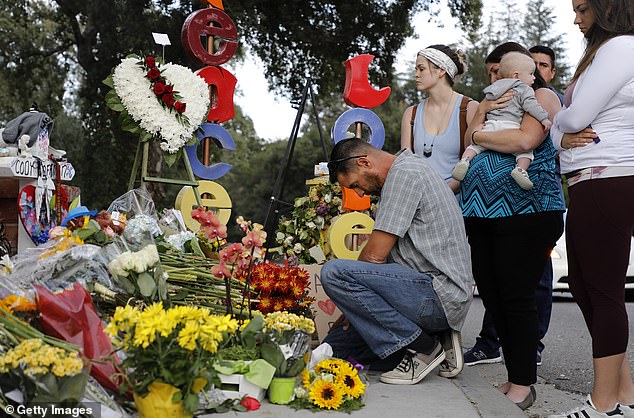 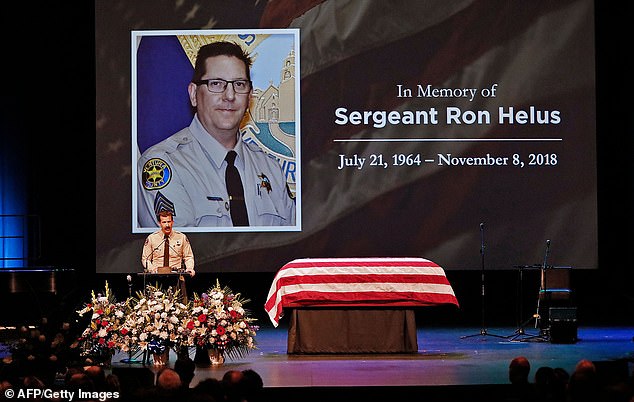 Deseriee and her family attended Ventura County Sheriff’s Sgt. Ron Helus’ funeral on Thursday. He was shot dead while saving lives in the massacre