A New Jersey mother is fighting to keep her autistic son alive despite a hospital’s wish to pull the plug on him after doctors declared him medically brain dead.

Rumpa Banerjee of Bordentown, New Jersey, is seeking help for her son, 14-year-old Areen Chakrabarti, who was declared brain dead while at Children’s Hospital of Philadelphia.

Chakrabarti suffered brain damage during a fire at his home on April 14.

Mom Rumpa Banerjee went to court to get a restraining order after a Philadelphia hospital was going to forcibly remove her brain dead son, Areen Chakrabarti, 14, from life support

Banerjee and Chakrabarti were said to have run outside to escape the fire, but then Chakrabarti, who is autistic, went back into the house to rescue his laptop, according to NJ.com.

Firefighters found Chakrabarti hiding under a staircase. He was unconscious and suffered from severe smoke inhalation.

After being taken to a New Jersey hospital, he was transported to CHOP for specialized treatment, according to Banerjee’s lawyer, Christopher Bagnato.

A week into his stay at CHOP, Chakrabarti was declared brain dead and doctors asked for permission to take him off life support.

On April 24, doctors told Banerjee, a single mom, that if a neurological test confirmed brain death, they would remove him from life support, even if it was against her wishes, according to court documents.

Banerjee turned to Philadelphia’s Court of Common Pleas for help, according to Philly.com. 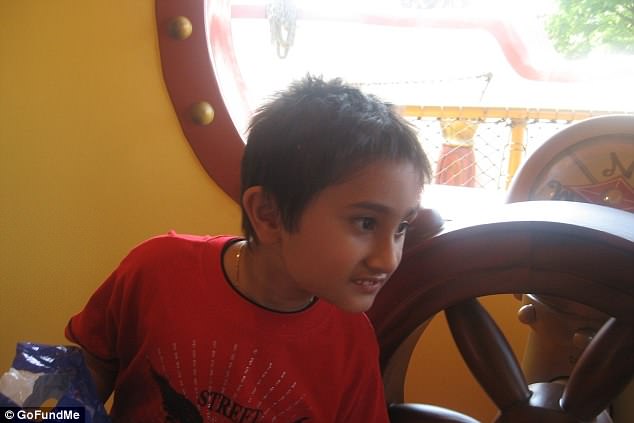 The court documents revealed that Banerjee refused the request to remove her son from life support on the grounds that Chakrabarti apparently still responded to her touch.

Banerjee has also said that she had seen him move his feet.

On Friday, the court ruled that CHOP must keep Chakrabarti on life support until he can be transferred to another hospital or there are additional hearings.

‘They were about to take the life support away. I cannot let it happen. It’s a murder. It’s a murder in my faith,’ Banerjee told FOX 29.

Banerjee is now hoping to find a hospital in New Jersey that she can move Chakrabarti to.

Unlike Pennsylvania, New Jersey state law recognizes a difference between being brain dead and clinically dead.

On the GoFundMe page Banerjee started Friday to help raise money for her son’s medical expenses, she wrote, ‘I know my son is alive and will come back to me, he just needs some time to recover from the trauma.’

Banerjee’s case has been referred to the Orphan’s Court Division, where it could be several weeks before it is heard, according to Bagnato.