A woman who went on a Tinder date with Grace Millane’s killer claims he tested the ‘most believable’ theories for the death on her.

She told how she met Jesse Kempson  on the dating app the day after he murdered backpacker Ms Millane on December 1 last year, while she was travelling in Auckland, New Zealand.

The woman described their date in court during his trial and has now written a blog for New Zealand news service Newshub.

She told how she was struck during their date in the Auckland suburb of Ponsonby by how clean the killer appeared, his eagerness to talk about venomous snakes and his big eyes.’

‘My instincts told me something was not right with this man and, while it took me a long time to write this, I want to share my experience so other women can remove themselves from situations they feel unsafe in,’ the woman wrote. 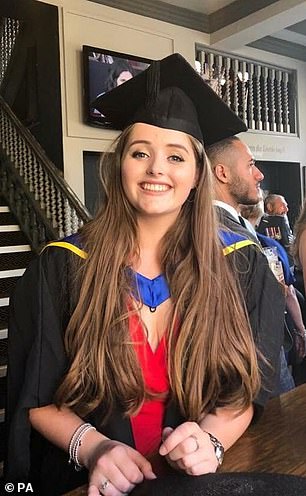 Jesse Kempson (left), was found guilty of the murder of the British backpacker (right) in New Zealand on Friday 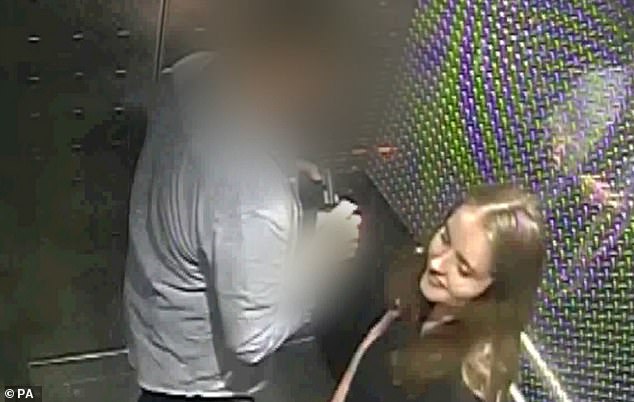 The woman said he also referred to buying a suitcase – in which Ms Millane’s body was later found buried in a shallow grave outside Auckland – but being frustrated that it was not large enough to fit his sport equipment.

The killer also mentioned his best friend, a Crown prosecutor, was moving from Sydney to Auckland, which interested his date who referred to her previous career as a court reporter, including on a murder trial.

He then said something that seemed strange to her: ‘It’s funny how guys can make one wrong move and go to jail for the rest of their lives.’

‘In hindsight, it was as if he was using this date to process what he’d done in a rather roundabout way – his brain needed to get it out but his mouth held him back. Was he testing theories on me to see which version seemed most believable?’ 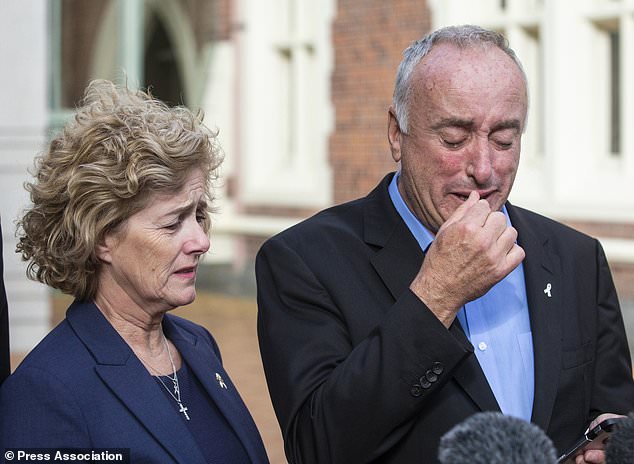 The 27-year-old man, whose name is still protected by a court order, was found guilty on November 22 of strangling Ms Millane from Wickford, Essex.

The Crown successfully argued the man, whose name is subject to a suppression order, strangled her and shoved her body inside a suitcase before burying her in a forested area outside Auckland.

She was assumed missing and her father, David Millane, flew to New Zealand as local authorities spent a week searching until her body was found by police.

Mr Millane and Grace’s mother, Gillian Millane, wept after the verdict was delivered, as did several jurors.

Mr Millane said: ‘Grace was our sunshine and she will be missed forever.’

Police officers said during the trial that phone data showed the killer had used Google to browse websites for large duffel bags, suitcases and car hire after Ms Millane died.

The defendant’s phone was also used to search for ‘flesh-eating birds’ and ‘are there vultures in New Zealand?’.

Records showed the defendant had searched online for ‘the hottest fire’, ‘large bags near me’ and ‘Waitakere Ranges’.

He faces life in prison with a minimum of 10 years without parole, though the judge can increase the latter period.