Woman travelling to Hawaii to spread her hamster’s ashes

Pet owner who created miniature beach scenes for her hamster to enjoy during lockdown tells This Morning she plans to make a £3,500 journey to Hawaii to scatter his ashes

A British woman who spent lockdown making miniature scenes for her hamster has revealed she plans to scatter his ashes in Hawaii.

Lisa Murray-Lang, lost her beloved pet Spud in March, after spending much of the pandemic creating little models of scenes including the ‘Rodent’s Return’ pub on ‘Coronation Squeak’.

One of his favouries was a miniature beach set based on Hawaii.

So in his memory, Lisa is planning to make the £3,500 journey to the Aloha state to say a final farewell. 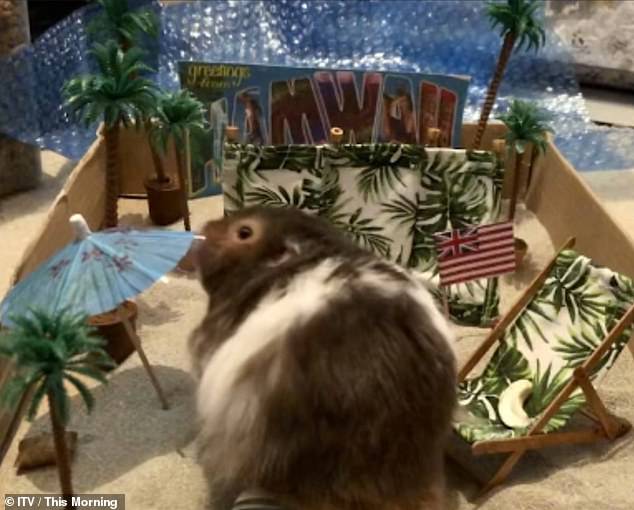 As the lockdown continued, Spud eventually got to enjoy a Hawaii set – fit with a delightful beach scene – amid the dreary winter

Lisa said: ‘We were covered in about four foot of snow…I was thinking “this is really depressing”. And I thought he could go to Hawaii.’

She said the set – which Spud greatly enjoyed – brightened up even her mood as she researched the sunny location.

Lisa and her husband, who have been together for 20 years and married for nine, will now travel to the inspiration for the miniature getaway and hope to make the most of the holiday with a sunset cruise.

Spud’s legacy won’t just be remembered by his ashes on a Hawaiian beach. 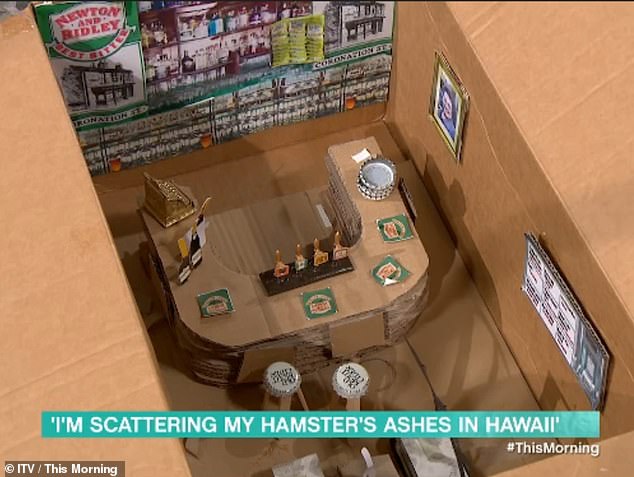 The travelling pet then enjoyed a trip to the ‘Rodent’s Return’ pub on ‘Coronation Squeak’, with Lisa watching the soap ‘intently’ to make sure all the details were perfect 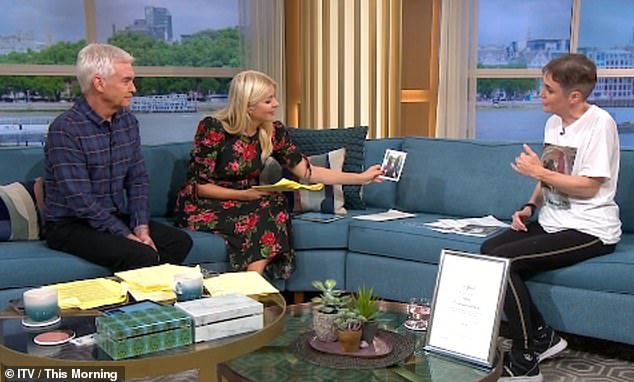 Lisa said: ‘We were covered in about four foot of snow…I was thinking “this is really depressing”. And I thought he could go to Hawaii’

Lisa also told This Morning that she still has the social media posts that made him such a hit online.

His creative getaways are collated in a self-published book by Lisa, who has even received letters from the late Queen who ‘really enjoyed the adventures he went on’ as well as President Emmanuel Macron and Sir David Attenborough.

Speaking on how she came up with the idea to create the scenes, Lisa, who also has four cats, said: ‘Because he lives with four cats, he’s always been in lockdown, so I thought right – that’s it, Spud’s going out.’

Spud’s first adventure was a gallery set Lisa made in a cardboard box, after printing out ‘hamster-related art’ for him to enjoy.

As the lockdown continued, Spud eventually got to enjoy a Hawaii set – fit with a delightful beach scene – amid the dreary winter.

The owner said she will also keep some of Spud’s ashes to be made into a necklace so she can always keep him close. 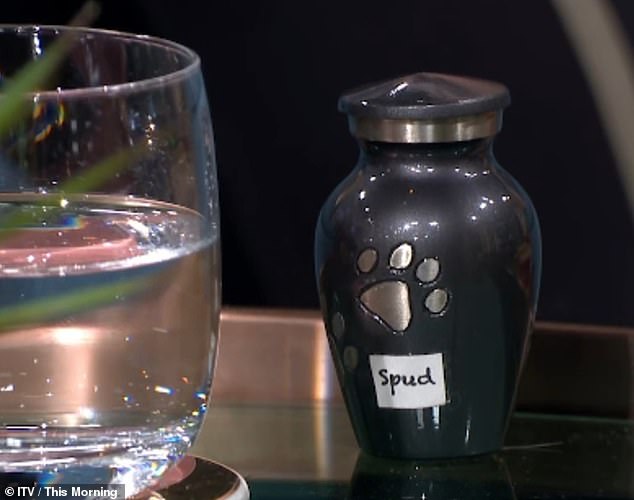