Woman turned away from Thai King’s funeral for her outfit

A Thai woman was turned away from her king’s cremation ceremony for wearing a strappy black dress with red roses and a fancy hat.

The woman was blocked at a control point in Bangkok by security guards who said she was inappropriately dressed.

All other mourners at the funeral of the world’s longest-reigning monarch who died last year were clad in black as they watched his cremation on Thursday, the second day of the five-day ceremony costing $90million. 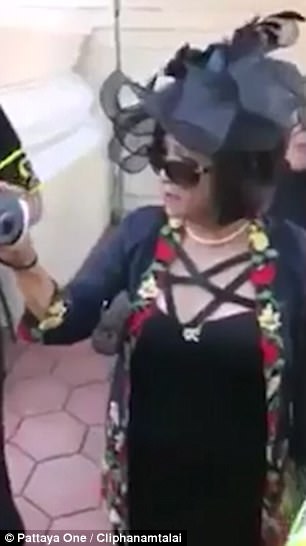 Video shows the woman arguing with security guards. ‘Are you a policeman?,’ she asks the man who’s trying to block her.

He replies: ‘No, I am not a policeman but I am a chief of the security guard and I have every right to ask you to leave.’

Another man gets involved and says: ‘You should know better than to dress like this, please cooperate with us and do not enter the late king’s ceremony!’

The woman then gets angry and says: ‘You have no right to stop me, am I breaking the law?’

The man replies: ‘No you are not but what you are wearing it is improper, can’t you see all Thai people are here for pay respect and how important today is?’ 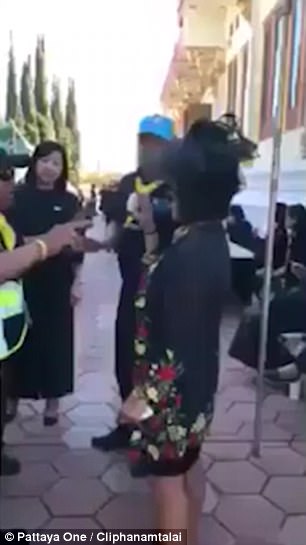 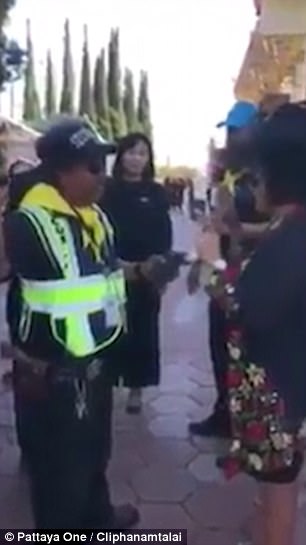 Before eventually moving on, the woman has the last word: ‘If you are in the USA you wouldn’t have to deal with this, this is how the Thai treat Thai people.’

The argument happened before Thailand’s new king today picked bits of his father’s charred bones and remains to be enshrined as relics after a spectacular cremation last night.

He then led a procession of the ashes through the streets of Bangkok as part of an elaborate five-day funeral that drew hundreds of thousands of black-clad mourners to the city’s historic old quarter.

King Bhumibol was the world’s longest-reigning monarch when he died a year ago aged 88. 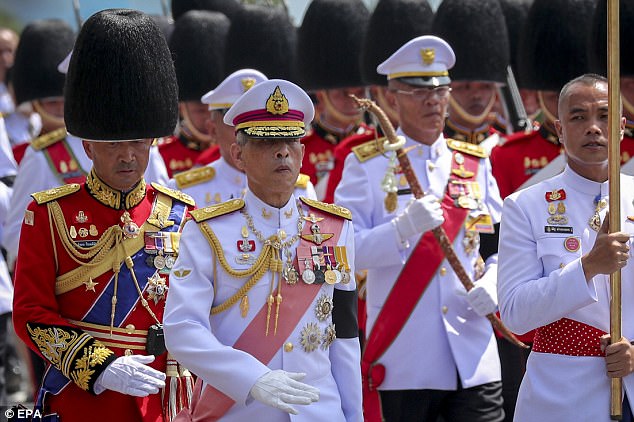 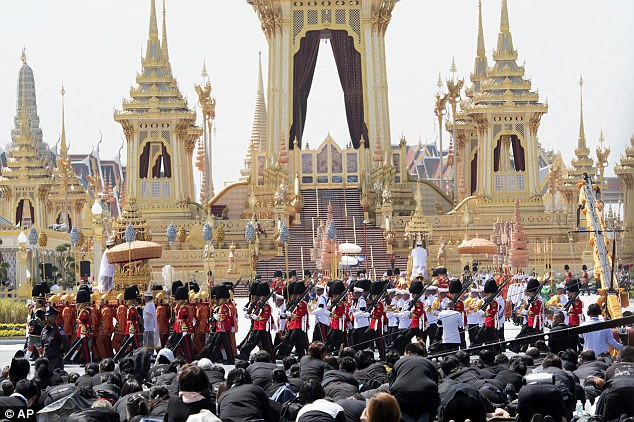 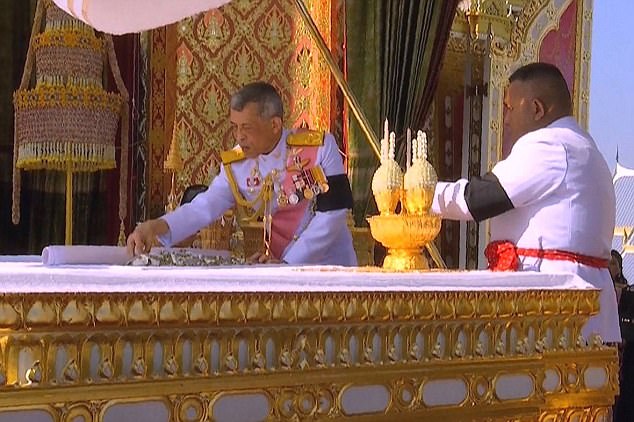