Woman undergoes a makeover before her 60th birthday

A woman received an incredible makeover ahead of her 60th birthday after she revealed that she had been sporting the same look for the past 40 years.

Janet Lawler, 59, from Boise, Idaho, was one of two women chosen by celebrity hairstylist Louis Licari and fashion expert Jill Martin to be a part of the Today show’s ‘Ambush Makeover’ segment on Thursday morning.

‘I’m turning 60 tomorrow, and I just know I need a makeover,’ Janet told Jill. ‘I’ve been looking like this for, you know, 40 years, and it’s time. It’s just time for things to change. Help me.’ 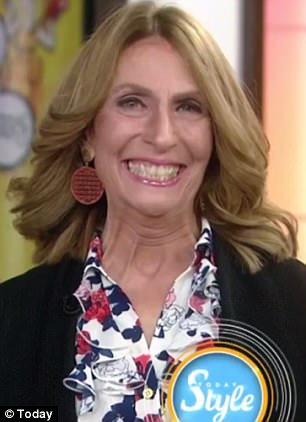 Before and after! Janet Lawler, 59, from Boise, Idaho, was one of two women chosen to be a part of the Today show’s ‘Ambush Makeover’ segment on Thursday morning 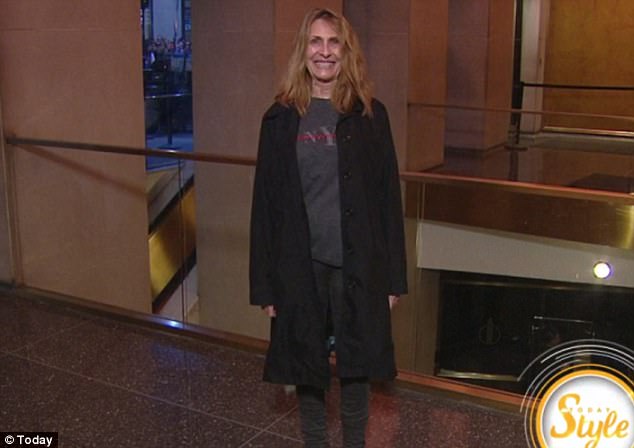 Time for a change: Janet explained that she needed a makeover ahead of her 60th birthday because has been sporting the same look for the past 40 years 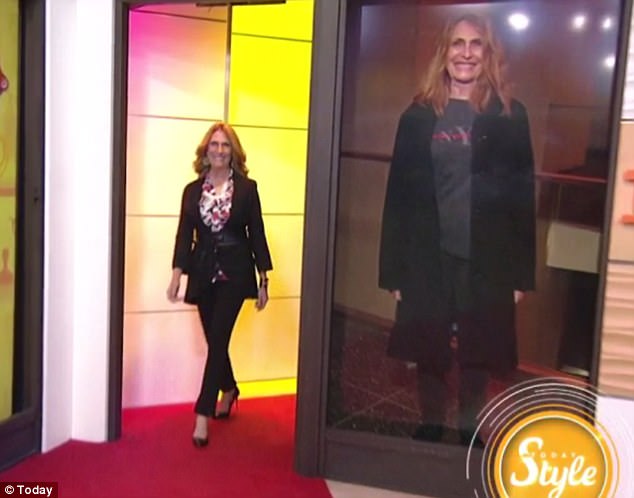 Stunning: Janet looked amazing when she stepped on stage after her transformation

Janet explained that it had become harder to style her hair now that she was older, and she wanted a new hairdo that would make her feel confident.

While standing outside at the Today show plaza, she was carrying a sloppily made sign that read, ‘I’m 60 tomorrow!’ in black marker with the hope that she would be one of the women picked.

Jill admitted that it wasn’t the most creative sign, but they ended up choosing her anyway because she was enthusiastically bopping around begging for a makeover.

Janet was joined by her sister Alice and her nieces Bobbi and Megan, and all three of them were blindfolded before she unveiled her new look. 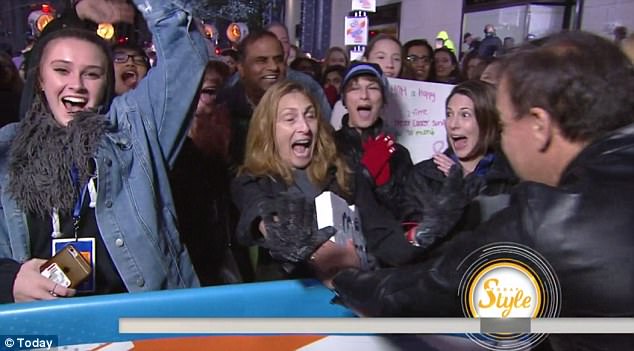 Thrilled: Janet screamed and waved her hands when she was picked out of the crowd at the Today show’s outdoor plaza 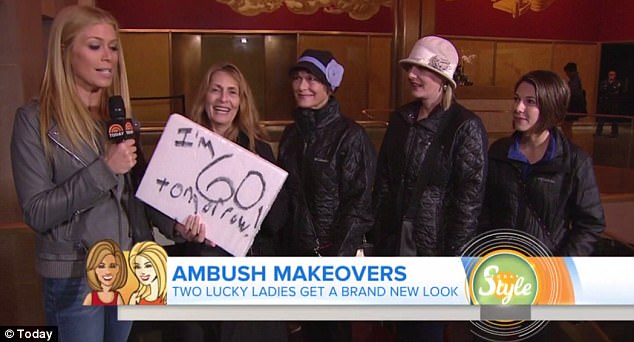 Pick me! Janet held a sign saying she was turning 60 years the next day 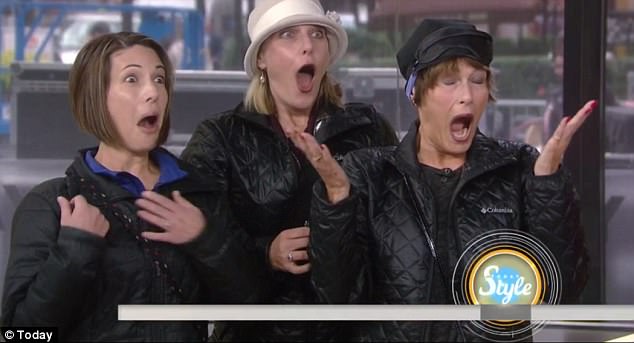 Jaw-dropping: Janet was joined by her sister Alice and her nieces Bobbi and Megan, and all three women loved her new look

After Janet stepped on stage, they were given the go-ahead to remove their masks, and there reactions were priceless.

Janet then headed to a mirror to check out the makeover herself, and she was also thrilled with the results.

Louis explained that Janet had made the common mistake of trying to lighten your hair with a single process, which turned it a bit orange. 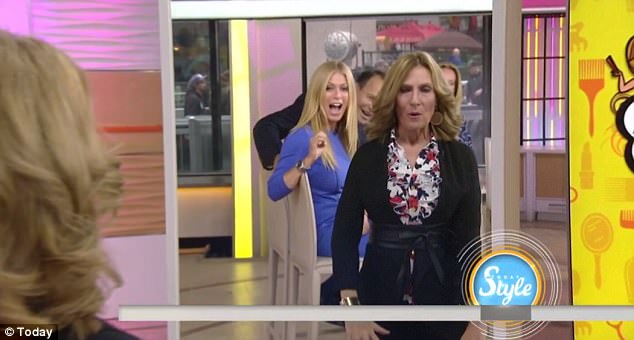 Stunned: ‘Oh my gosh. Wow!’ Janet said as she looked in the mirror for the first time after her makeover 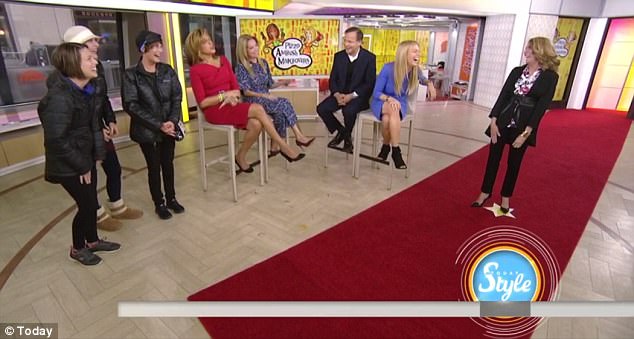 To counteract the rust-colored hue, the stylist darkened her hair and added highlights.

Janet’s hair was also one length, so the team took off a few inches and added face-framing layers.

As for her outfit, Jill gave her a modern blazer, which she cinched with a belt, and black skinny jeans that could be dressed up or down.

‘Oh my gosh, she looks a lot better,’ Alice said of her sister’s new look. 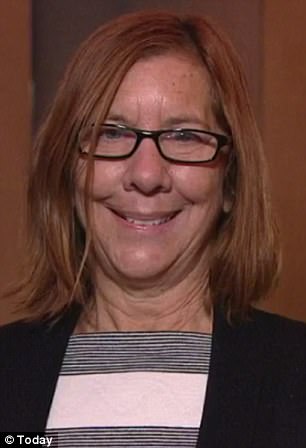 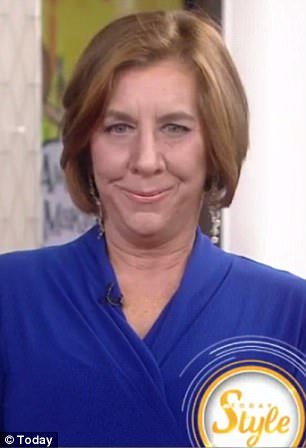 Then and wow: Crystal Rowe, 60, from Lancaster, Pennsylvania, also received an ambush makeover on Thursday 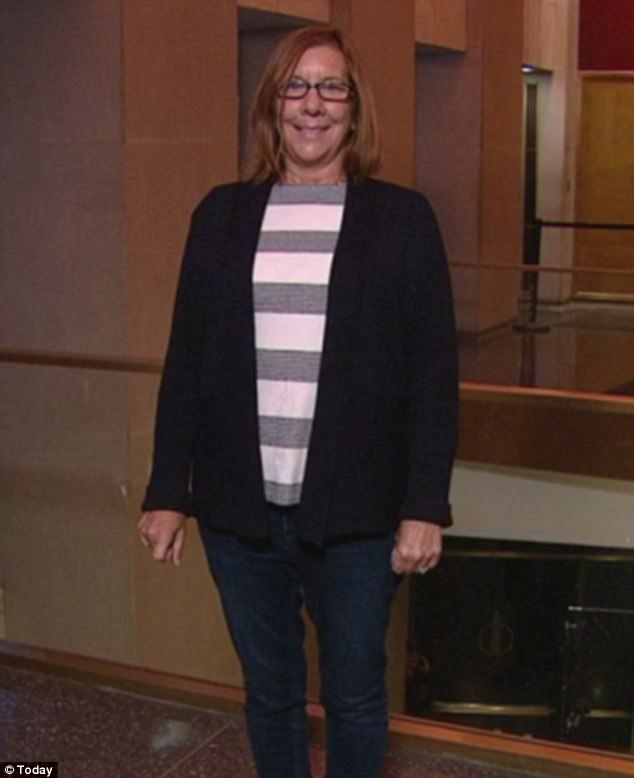 Confession: Crystal admitted that she grew her hair out in the hopes that she would be picked for a makeover 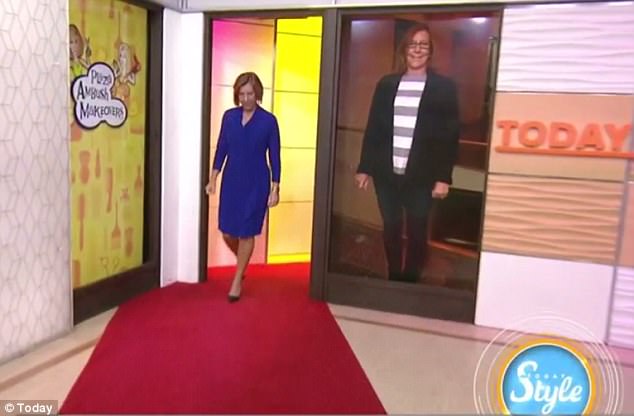 Looking good: Crystal stepped out in a royal blue wrap dress, and a flattering new hairdo 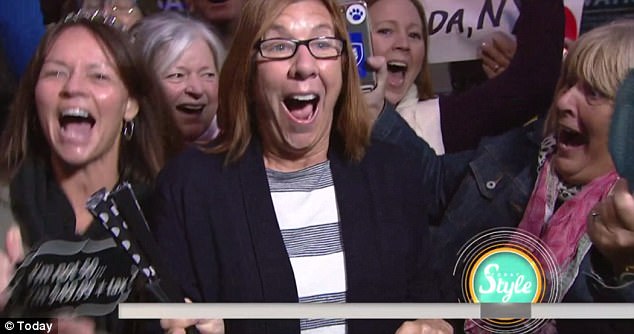 Her time: She explained that she begged had been begging her sister Patty to go to the plaza with her for years in hopes of being chosen for a makeover

Crystal Rowe, 60, from Lancaster, Pennsylvania, also received an ambush makeover on Thursday after years of begging her sister to go to the plaza with her on a Thursday in hopes of getting a makeover.

The Today show lover was chosen after she and her sister Patty whipped out fans and told Jill: ‘I’m your biggest fan.’

‘I never had anything done like this before, and I actually grew my hair to come here,’ Crystal admitted before her makeover.

‘I am thrilled for her,’ her sister added. ‘This is all I hear about, Jill and Louis. That’s it.’ 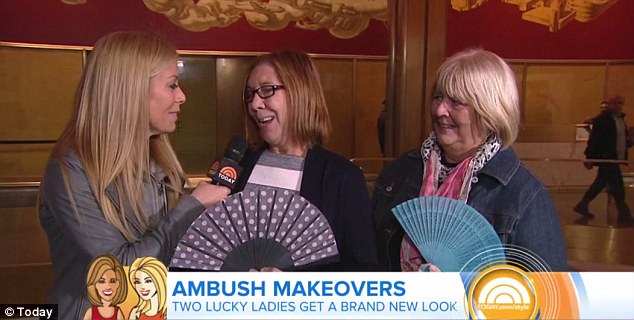 Winning: The Today show lover was chosen after she and her sister Patty whipped out fans and told fashion expert Jill Martin: ‘I’m your biggest fan.’ 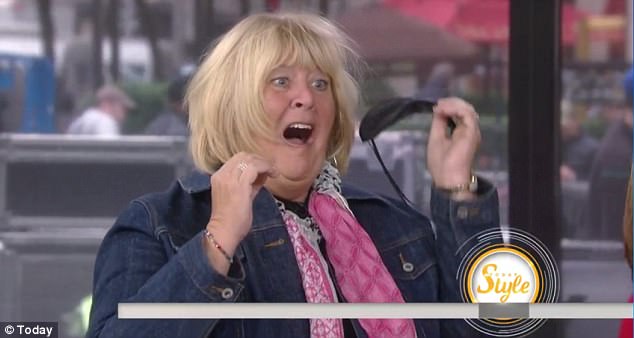 So happy: ‘Oh, my gosh! It’s beautiful! You look gorgeous!’ Patty said after she removed her eye mask and looked at her sister 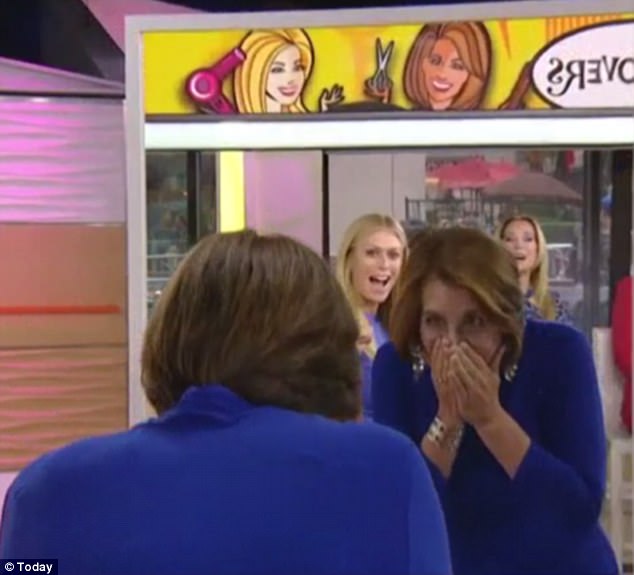 Dreams do come true: Crystal threw her hands over her mouth when she looked into the mirror for the first time

Crystal walked on stage in a flattering royal blue wrap dress with a new hair color and ‘do, and her sister couldn’t stop gushing about her transformation.

‘Oh, my gosh! It’s beautiful! You look gorgeous!’ Patty said after she removed her eye mask to take a look at her sister.

When she looked in the mirror, Crystal threw her hands over her mouth before saying: ‘Wow!’

Louis explained that his team cut Crystal’s bob to a length that was more in ‘proportion’ to her face, and like Janet, he said her hair was just a little bit too red.

He added more brown to hair, while leaving just a little bit of red around her face to give her a ‘little pizzazz.’