A North Carolina bank customer became outraged after she found a ‘racist’ figurine on display at her local Credit Union.

Stacey Smith visited her bank in Raleigh on Tuesday afternoon where she found ‘a black doll with a noose around its neck and hands tied behind its back’ on an employee’s desk.

She left the bank disgusted and vented about the doll on Facebook, where her post has gone viral with more than 7,600 shares.

However what she didn’t realize was that the doll depicts a character from the zombie TV show The Walking Dead – specifically one of protagonist Michonne’s ‘petwalkers’. In the show ‘walkers’ wear chains around their neck, according to the Charlotte Observer. 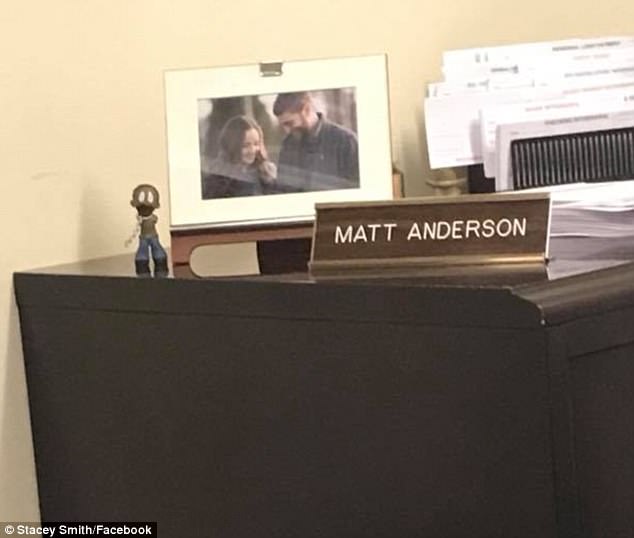 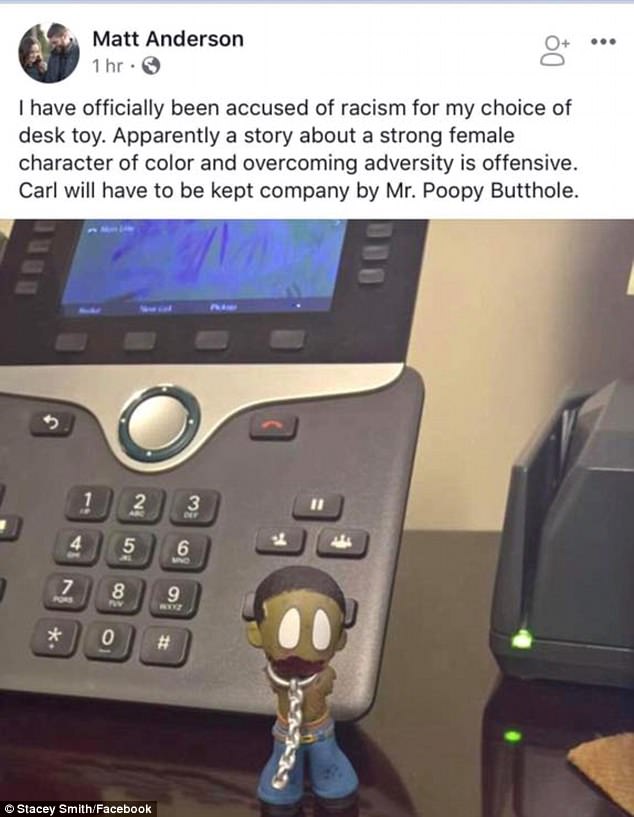 The employee took to Facebook to defend himself saying the doll was just a character from The Walking Dead, a ‘petwalker, who was owned by Michonne, a powerful black woman’

In the post she detailed her confrontation with the employee who had the doll displayed on his desk.

Disgusted, she told the employee she felt offended by the toy.

‘After everything was done the representative asked me if I had any questions and I told him yes, I do. I asked him what did that doll mean with the noose around the neck and he says to me, (I collect them.) I said, well that doll is very offensive to me and he gone say, (In what way?),’ she wrote.

Then she walked to the reception desk and demanded to speak to the employee’s boss.

The employee defended himself on Facebook saying: ‘I have officially been accused of racism for my choice of desk toy. Apparently, a story about a strong female character of color and overcoming adversity is offensive…’

Also in her Smith’s post she shared a screenshot of the employee Matt Anderson’s Facebook, saying he shared her name with other curious users responding to the doll controversy – breaching her privacy and security.

The post led to a slew of angry comments, accusing the bank of being insensitive.

‘Pls keep us dated, that is who I bank with and don’t have problems with closing my account,’ one woman wrote.

‘His buddy said it was a doll from a popular tv show!! Thats dumb as hell to think that it wouldn’t be offensive to any black person!!!’ another user added.

‘So what this is from the walking Dead !!!! This is still not appropriate for a business which has African American customers. Everyone don’t watch that show and we don’t see the purpose of it being in a business office,’ another added. 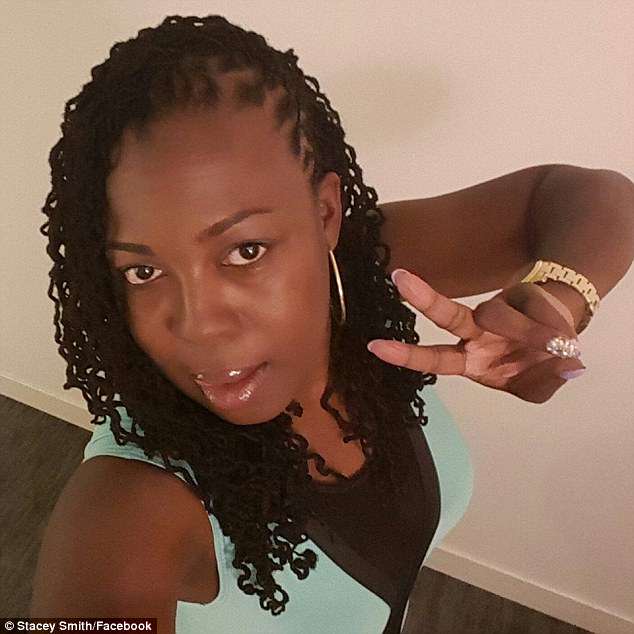 Smith, pictured above, sparked outrage online as many expressed fury with the bank, but others were quick to point out that she misinterpreted the zombie doll 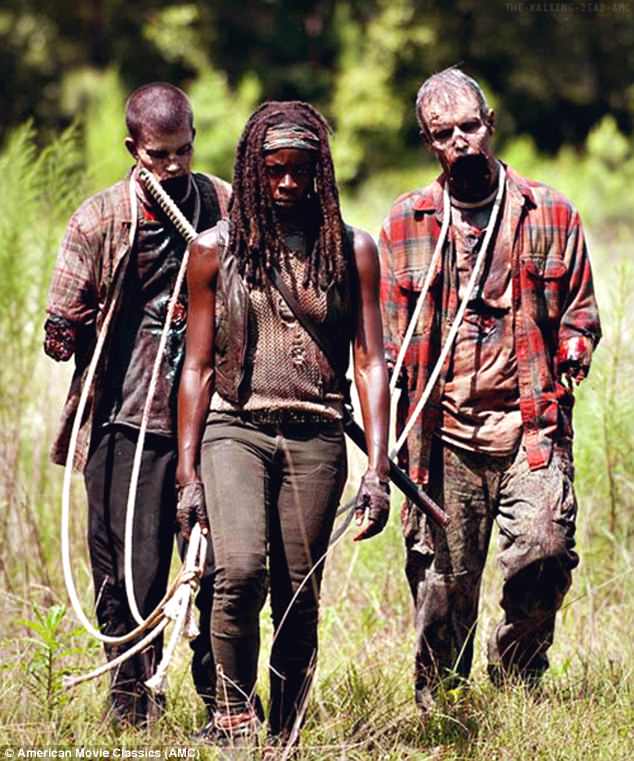 Michonne from The Walking Dead pictured center holding onto the chains of her two ‘petwalkers’ behind her. The doll depicts these characters in the back 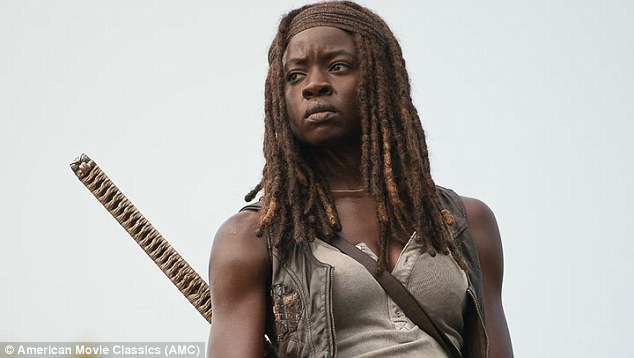 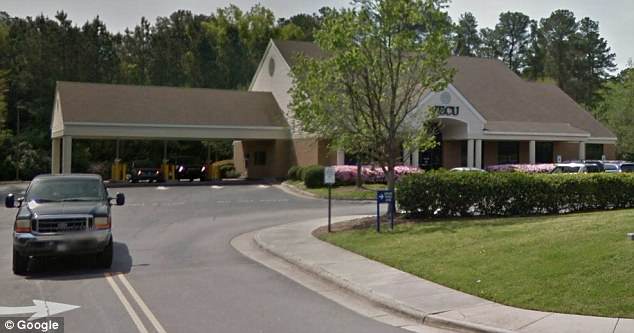 The incident unfolded here at a Raleigh Credit Union, pictured above. It is not clear if the employee will face disciplinary action

However many were quick to point out that the toy was harmless and just a tribute to the zombie show.

‘So let’s get this straight. She saw the doll that she felt was a depiction of a black man in bondage or a reference to slavery. She ask him “what it was about” he told her “he collected them”… She then stated “right then I walked out”. She didn’t want an explanation. She already had her mind made up…’ another Facebook user wrote.

‘At first I was offended as well but when I looked at the doll closer it is from walking dead. I love the show. The female warrior from wakanda plays michone. She is the one that does this to the black men. His arms aren’t tied behind his back. They are  cut off. So in walking dead she ties these 2 zombies up and cut they hands off and mouth so they don’t bite her and so she can walk freely amongst the zombies because she’s using these zombies smell. I HATE it has gotten to this point,’ one user wrote.

In light of the viral incident State Employees’ Credit Union responded to the allegations in a statement.

‘State Employees’ Credit Union prides itself on the fair and equitable treatment it provides its members and takes its members’ privacy seriously. Yesterday, the actions of one of our employees fell far short of our expectations and we took immediate steps to address this personnel matter,’ the company according to ABC11.

It is unclear if the employee will face any disciplinary action.

The Credit Union is yet to reply to Dailymail.com’s request for comment.