Corey Goodnight, 30, was arrested in Indiana for sexual battery and burglary after a woman said she woke up to find him naked in her bed and rubbing her body

An Indiana woman woke up to find a naked strangers lying next to her in bed and rubbing her body on Saturday.

The unwelcome guest, ironically named Corey Lee Goodnght, was arrested on charges of sexual battery and burglary, despite his repeated protestations that the victim had opened her apartment to him and let his use her shower.

The bizarre incident began unfolding just before 6am when police in Bloomington got a 911 call about a home invasion in the 2000 block of North Walnut Street.

As officers approached the residence, they came across Goodnight, 30, who identified himself and said something like, ‘They let me in,’ reported Fox 43.

Goodnight told the police that he had just arrived in Bloomington the night before after walking 30 miles from Brooklyn, Indiana.

He entered the city at 9pm on Friday and laid down in a patch of grass next to a motel for a nap.

When Goodnight woke up before dawn, he began knocking on doors asking residents to let him in so he could use their shower. 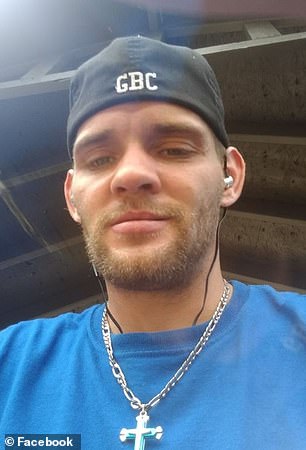 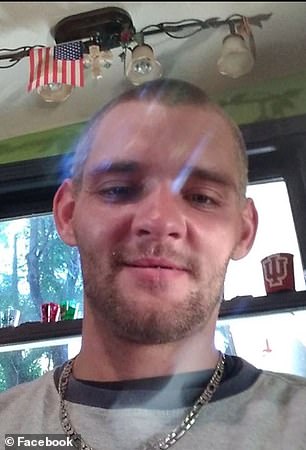 According to Goodnight, a heavyset brunette woman with a spray tan and striped shorts let him into her home and agreed to let him bathe.

The man said she asked him to leave as he was toweling off, so he put on his clothes and took off. 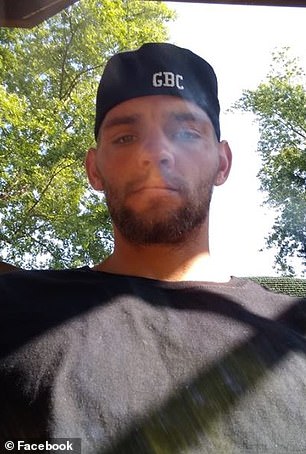 Dark past: Goodnight had been released from prison in April after serving more than two years on a robbery conviction

But when the responding officers interviewed the women sharing the apartment in question, they offered a markedly different version of events.

One of the residents told police she was asleep in her bed when she awoke with a start to find a naked man by her side rubbing her arms, back and buttocks.

She asked the stranger who he was, to which he replied: ‘ I’m Corey. You let me in.’

The woman fled the room, woke up her roommate and called the police. The two hid in the roommate’s room until officers responded to the scene and informed them that they had detained the suspect.

When police examined the bathroom in the apartment, they found a wallet containing Goodnight’s identification card, along with evidence that someone had showered there recently.

During a second interview with the police, Goodnight reiterated his story about the woman who had let him in, but officers told him there was no one in the apartment that matched the description he gave them.

Records indicate that Goodnight had been released from prison in April after serving more than two years on a robbery conviction.

His Facebook banner reads: ‘100% certified crazy white boy. Love me or hate me either way you’ll remember me.’