A woman has revealed how she drifted in and out of consciousness while a man posing as a Good Samaritan pummelled her head and ripped her clothes off in an horrific roadside sexual assault.

‘When I came too (it) he was gone and all I thought was I just need to get home,’ she told 9 News about the attack in Warwick, in Queensland’s south east on Tuesday.

The 22-year-old woman, who asked to remain anonymous, was driving on Rose Street when her car broke down.

Police said she pulled her Nissan Patrol to the side of the road on the outskirts of the Queensland town at about 6.15pm.

The chubby man, who was driving a white ute with a silver tray, then stopped in front of her car and offered to help.

She told him not to worry and that her dad would ‘check it’ before moving to the back of the vehicle.

At this moment the man allegedly got hold of her head and slammed it into the car, knocking her out cold.

She regained consciousness to find her clothes torn, her pants taken off and the man on top of her before he once again knocked her out.

‘I came (it) to once and he was over top of me and he’s hit me across the side of the face, I’ve gone back unconscious,’ she said.

The man is described as Caucasian in appearance, aged between 30 to 40, with a chubby build, short dark hair and full dark beard and about 175cms tall.

He was wearing a dark blue tradie shirt with sleeves rolled up, matching shorts and tradie style boots.

The victim received treatment for non-life-threatening injuries at the Warwick Hospital.

Anyone who may have noticed the vehicles on Rose Street or has any information which could assist with police investigations is urged to contact police. 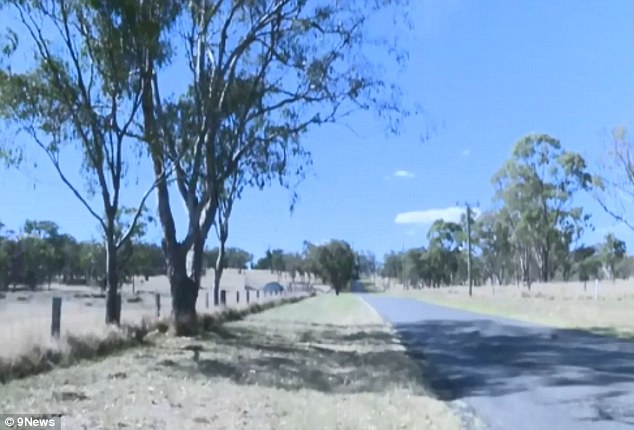 Police say the woman pulled to the side of Rose Street (pictured) on the outskirts of the Queensland town of Warwick at about 6.15pm when her Nissan Patrol started to break down 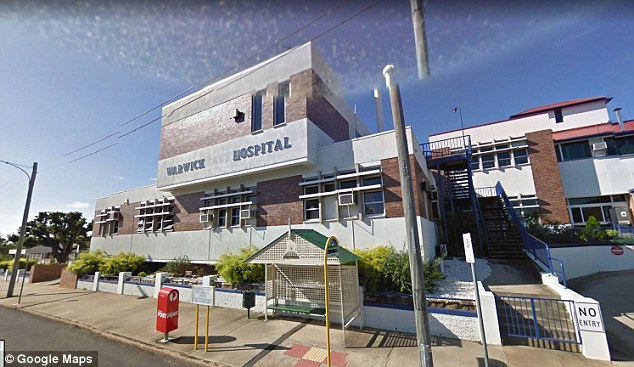