A woman has walked free from court after faking cancer and allegedly using money donated for her ‘treatment’ to keep the scam going.

Alana Porter, 27, admitted she ‘has been living a lie for three years’ and pleaded guilty to forgery and uttering and one count of fraud at Bundaberg Magistrates Court on Friday.

She scammed $2,500 from her family and several fundraising events in Bundaberg in south-east Queensland in 2016 and 2017, Bundaberg News Mail reported.

Not even Ben Porter, her husband, knew she was faking her illness, and the local cinema manager even hosted a fundraiser for his wife.

Bundy princesses: Alana Porter, 27, lied to her own husband about having cancer. She is pictured at Bundaberg Reading Cinemas, where her husband threw a fundraiser for her

The former Little Athletics Coach would shave her head to trick people into thinking she was undergoing chemotherapy.

‘I don’t actually have cancer, I never did. I have been living this lie for three years,’ Porter had told police.

‘My partner didn’t know at the time, I’ve been lying to everyone.

‘I only took the money from my family, I’ve spent that money buying presents for the sick kids at the hospital. I’m glad its all over now because its gotten out of hand.’

Porter allegedly used donations to stay at a motel near a hospital in Brisbane where she told people she was being treated.

The scammer forged a letter from an oncologist claiming her husband would have emotional turmoil because of her diagnosis and addressed it to Reading Cinemas.

She met NRL legend Billy Slater and got a signed Melbourne Storm jersey ‘under the illusion she was dying from a rare form of cancer,’ the court heard. 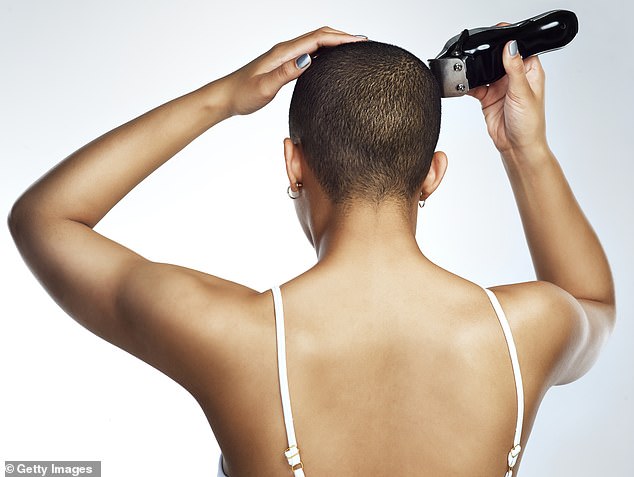