Woman was digging her wife’s GRAVE when police arrived

A woman accused of killing her wife by shooting her in the face was digging a grave for the body when police arrived at the couple’s home to investigate a complaint.

When officers arrived at the couple’s home on August 6, 2017, Laura Bluestein, then 28, opened the door with blood on her arm and told them that her wife, Felicia Dormans, was dead on the third floor.

In the yard, police found an area hidden with blue tarp where the ‘beginning of a grave’ was dug and a shovel lay nearby. 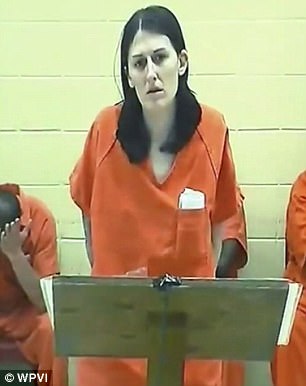 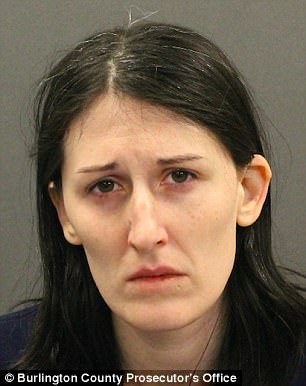 Bluestein, 29, was booked into Burlington County Jail and charged with murder, weapons possession and tampering with evidence in 2017. She had begun to dig a grave when police arrived

Bluestein’s trial began on Thursday in Mount Holly, New Jersey. She is charged with counts of murder, tampering with evidence and a weapons charge, NJ.com reports.

She already has a criminal record including convictions for drug possession in 2012 and 2014.

The accused’s attorney Robin Lord claimed that Dormans’ death was an accident while prosecutors argue it was intentional.

Bluestein and her wife Felicia Dormans, 29, were going through difficult times and had been discussing a separation when Laura fatally shot Felicia in the face in their Mount Holly, New Jersey, home, authorities said.

Earlier that day, Dormans had called her mother Christina to tell her they had had an argument about food left out on the counter attracting ants and that they were set to split up.

She had previously told her mother that her relationship with Bluestein had become abusive, according to Burlington County Prosecutor’s Office. 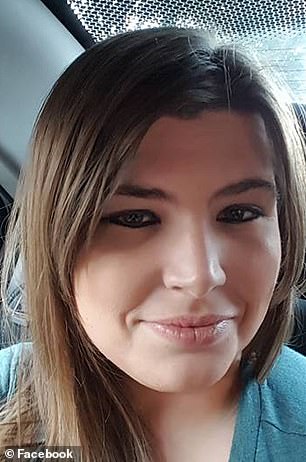 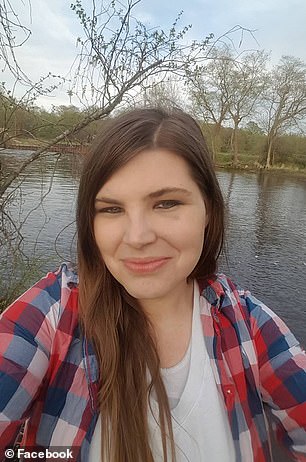 Dormans (pictured) said the couple were due to split up after an argument, her mother claims 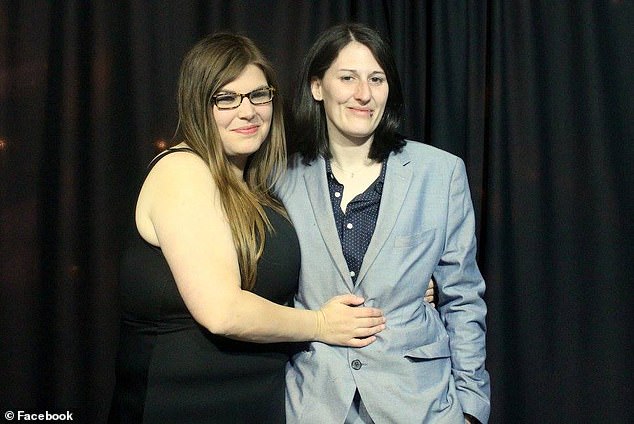 The court heard how officers had arrived at the couple’s Mount Holly home on August 6, 2017, to carry out a wellness check.

After several minute of knocking, Bluestein answered the door and the officers noticed blood on her arm.

She told them that her wife was dead and on the third floor: ‘That’s my wife’s blood, she’s dead.’

The officers cleared the house room by room as they made their way up to the third floor and found Dormans lying on blue tarp with a bullet wound to the head.

On investigating the rest of the house, officers found further blue tarp hiding ‘an area that’s basically hidden by blue tarps’ and the ‘beginning of a grave.’ Shovels were lying by the hole.

Assistant Prosecutor Jeremy Lackey told the court that Bluestein had not called 911.

‘She took her wife’s body, put it on a blue tarp, and went out to dig a grave.’ Lackey said, adding that during the trial the jury will see CCTV footage of Bluestein traveling to the store for tarps, towels and shovels.

Lackey also said the jury would hear from the company that makes the 9-millimeter handgun used in the crime and how it does not go off by accident.

Bluestein’s attorney claims that the accused’s words were taken out of context when police arrived and that she was acting in panic.

‘All it was is panic, panic by someone who just didn’t know what to do.’

After hearing from the supervisor who dispatched the emergency call to the couple’s home in 2017, Mount Holly Police Officer Declan Deveney was brought to the stand.

Deveney was one of the five officers to carry out the wellness call to Bluestein and Dormans’ home.

His chest cam shows the officers knocking on the door with rifles and body armor. When Bluestein opens the door, she is told to lay on the ground and handcuffs are placed on her.

The audio of the camera does not capture what Bluestein said but the officers can then be seen clearing every room in the house before finding Dormans’ body on the third floor.

Her trial continues on Friday. 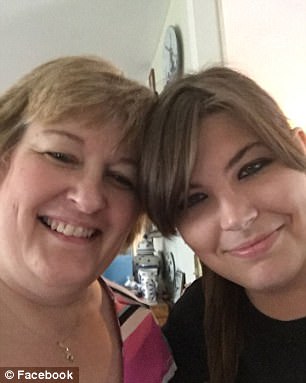 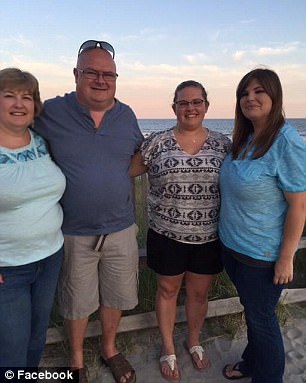 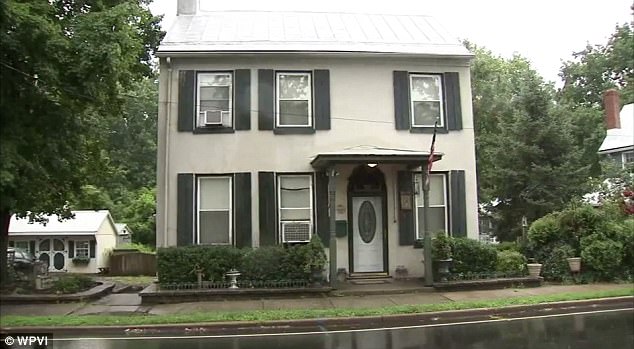 Burlington County Sheriff’s deputies were called to the couple’s home (pictured) after receiving a call from one of Bluestein’s relatives, saying there had been an assault

According to Dorman’s Facebook, the couple had been married for a year.

Both of their Facebook accounts are filled with pictures of them together smiling and kissing in happier times.

Photos showed that they had recently taken a vacation to the beach.

The couple had been living in Bluestein’s parent’s home in Mount Holly since 2015, and bought the house from them last year.

Dormans mother Christina now says she wishes she had been more insistent that her daughter leave the residence, and is encouraging anyone in a similar situation to reach out for assistance.

‘People in abusive relationships are not trapped. They do not have to stay there,’ Christina Dormans said.

She added: ‘If you are in that kind of situation, please know that there is a way to get out before it gets to a point where somebody loses a life.’

Dormans mother, Christina, said earlier that she had been texting and speaking with her daughter on the phone in the hours before the shooting.

She said Dormans told her that she and Bluestein had gotten into an argument over food left out on the counter that attracted ants and told her mother that she and her wife would be splitting up. 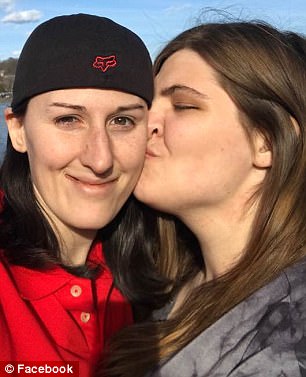 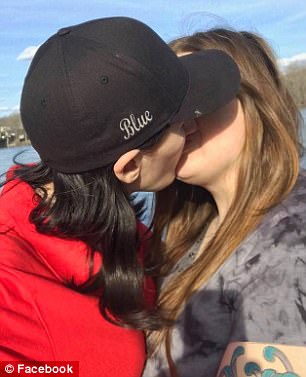 The couple had reportedly been fighting before the shooting, and Dormans told her mother that she and Bluestein were splitting up 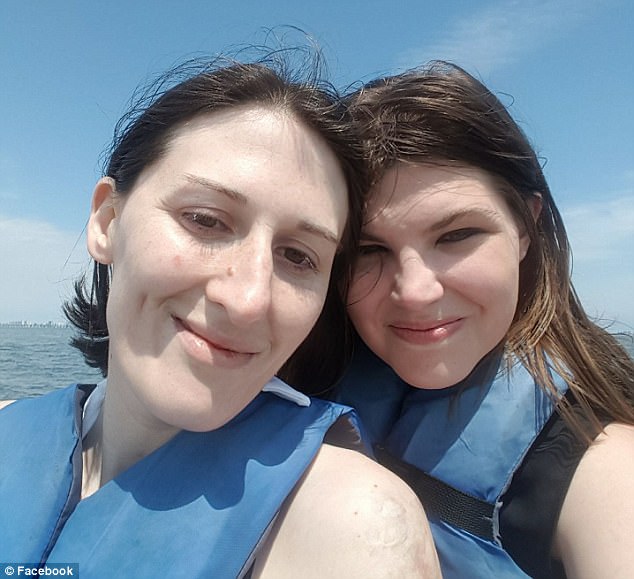 Dormans debated driving to her parent’s home in Danielsville, Pennsylvania, or going to a hotel as Bluestein requested, but instead decided to stay in the house that the couple shared.

Later that night, as the argument continued, Bluestein shot Dormans in the face, killing her, police say.

Christina Dormans said that she called her daughter twice after their last conversation, but she didn’t answer.

Lehigh Township Police later knocked on Christina Dormans’ door, telling her that her daughter was dead, but she’d be unable to see the body due to the nature of the gunshot wound.

Bluestein ‘took away my daughter, but even seeing her one last time, she took that away from us,’ Dormans told NJ.com.

‘Felicia was a beautiful person, a beautiful girl,’ her mother added. ‘She would give you the shirt off her back if you needed it.’