A man found his wife tied up in the car bleeding ‘head to toe’ but did not call an ambulance and she eventually died after days lying on the floor of their Melbourne bathroom, a court has heard.

Mohamed Naddaf, 38, has pleaded guilty to negligent manslaughter over the death of Ashleigh Brown, 25, whose body was found in their Craigieburn home in November 2016.

He told police he found Ms Brown badly injured in the garage but did not call emergency services because she asked him not to, the Supreme Court of Victoria heard on Monday.

Mohamed Naddaf, 38, has pleaded guilty to negligent manslaughter over the death of Ashleigh Brown, 25, (pictured)

Ms Brown instead lay in the bathroom with a sheet, pillow and heater while Naddaf gave her water through a syringe for up to five days, the court was told.

The Crown cannot say who attacked Ms Brown and Naddaf is not charged with any physical assault.

He told police he went to bed the previous night and took medication, which meant he couldn’t hear anything.

‘She had to be assisted into the house,’ he said.

Defence barrister David Cronin said Naddaf had shown genuine concern for his wife and made efforts to care for her, dressing her wounds and giving her medication. 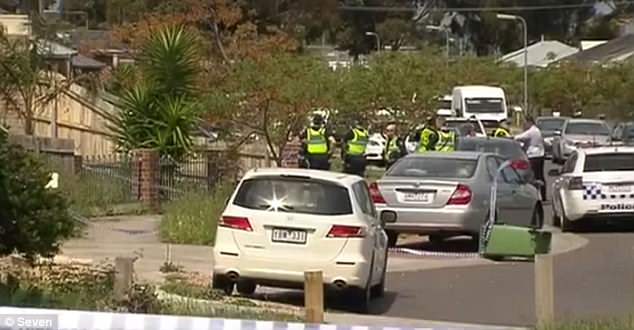 ‘There has been some compassion,’ he told the court.

‘He left her on the hard floor of the bathroom for four to five days,’ the judge said.

Ms Brown’s mother Siobhann Brown, who was in court, said she was a ‘shell’ of her former self and would never get over her daughter’s death.

‘I am completely destroyed and heartbroken,’ her statement to the court said.

‘There is nothing I can do to bring her back,’ his statement said.

‘I am angry with myself for not being able to stop what has happened to Ashleigh.’