Get your PPE from KFC: Woman turns her Kentucky Fried Chicken box into a face mask

A woman has been spotted wearing a KFC box as a face mask at a food court as parts of Australia grapple with increasing cases of COVID-19.

A short clip posted to social media shows the woman wearing the bizarre mask in the Westfield Marion shopping mall at Oaklands Park in Adelaide on Thursday.

The KFC box has been opened from the bottom to allow the woman to place it around her head.

A woman is  seen using a KFC box as a face mask at the Westfield Marion shopping centre at Oaklands Park, Adelaide on Thursday

The video received more than 8,000 likes and 80,567 views as social media users commended the woman’s efforts.

‘If you can’t find one for your flight,’ one woman suggested to her friend.

‘If you can’t find any in the shops,’ another wrote.

‘Why not the bucket? with eye holes of course,’ another suggested. 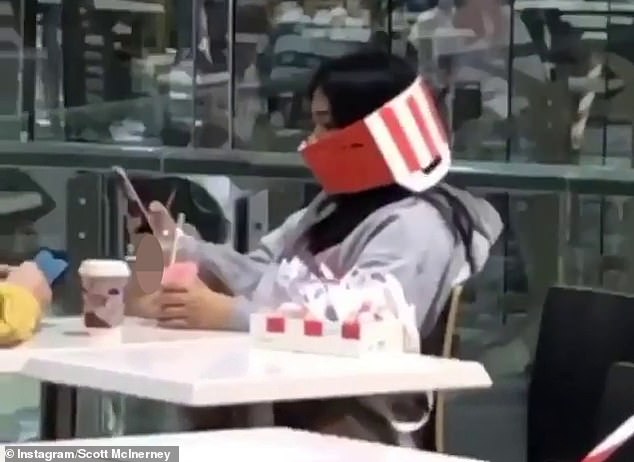 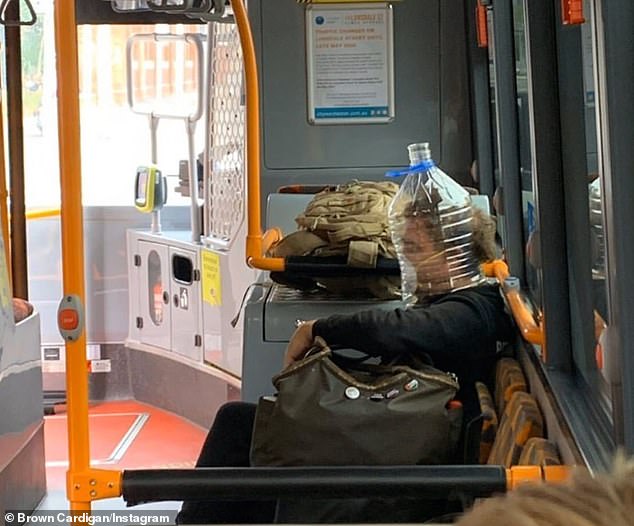 Other Australians have come up with bizarre makeshift face masks, like this man who placed a bottle over his head to protect himself from coronavirus

Back in March, a commuter was spotted wearing a face mask and water bottle over his head.

Images showed the man sitting on a public bus while donning the bizarre head piece for extra protection.

The man also cut a hole in the rear of the bottle, while the top remains open so he can breathe.

Australians are being encouraged to wear face masks to slow the spread of the deadly virus, with their use now mandatory in Victoria.

The state recorded six coronavirus deaths on Friday – its highest number ever – and 300 new cases.

Face masks are now mandatory for residents living in Melbourne and Mitchell Shire whenever they leave their homes.

Regional Victorians are also encouraged to wear masks as a precaution. 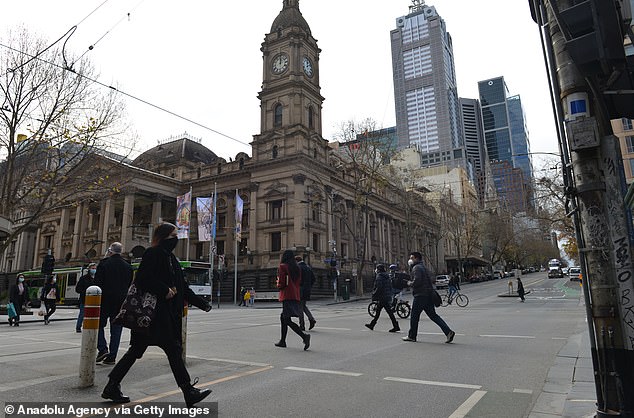 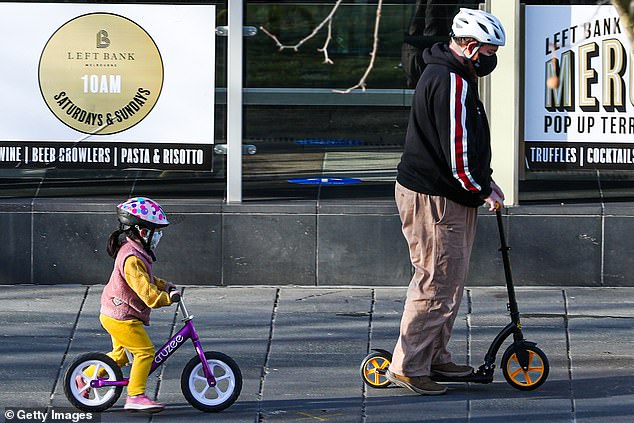 ‘A number are legitimately not able to wear masks so please don’t vilify individuals or don’t make the assumption they are simply stubborn,’ he said.

‘There will be people with medical, behavioural, psychological reasons … certainly don’t make an assumption that they should be the subject of your ire.’

Supermarkets such as Woolworths, Coles, Aldi, FoodWorks and IGA have also implemented new rules to refuse entry to shoppers who are not wearing a face mask. 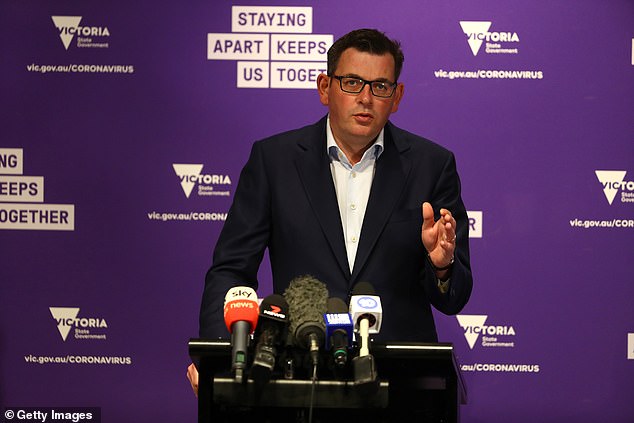 Premier Daniel Andrews revealed on Wednesday that nine in 10 people were not self isolating in the period from when they first feel sick to when they’re tested.

‘The key factor here that’s driving the numbers and driving our challenge is people that are sick but not getting tested,’ he said.

Mr Andrews also revealed 53 per cent of people were not isolating from when they have their test taken until they receive the result.

‘A bunch of those will be aged care workers. Let’s not judge them. Let’s try and work out what is driving it,’ he said.

The statistics come from positive COVID-19 tests conducted between July 7 and July 21 in Victoria.