Woman wears very colourful face cover but is she being on-trend or preventing coronavirus?

A woman spotted walking around the Sydney CBD wearing a bright yellow shawl on her head to protect herself from coronavirus has left onlookers baffled.

Staff at nearby luxury fashion boutiques have also been pictured wearing facemasks to protect themselves from exposure to coronavirus from cashed up tourists.

Staff at multiple high-end stores in the Sydney CBD were seen wearing the thin surgical masks on Friday after the World Health Organization declared the new strain of coronavirus a global emergency. 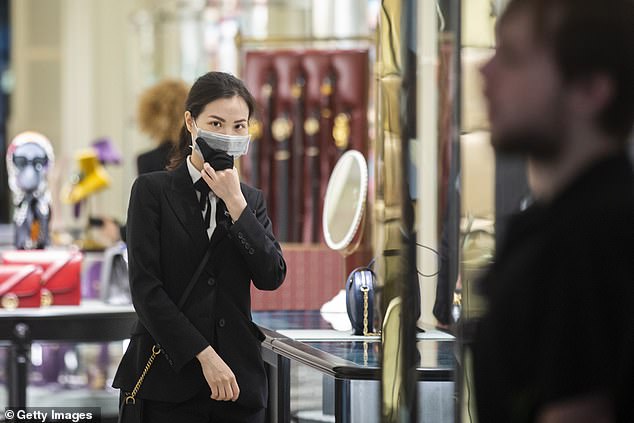 In Australia, the first men were confirmed to be infected with coronavirus on January 25 – three in NSW and another in Victoria. 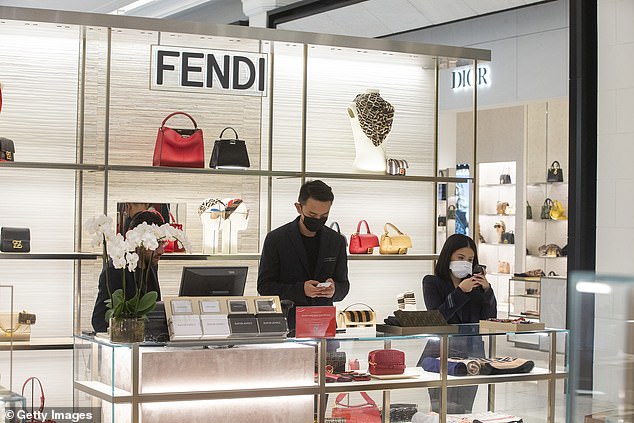 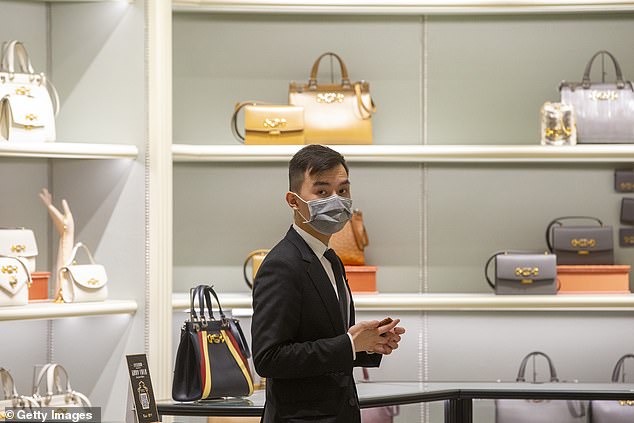 They all took Tiger Air flight TT566, landing on the Gold Coast about 8pm on Monday on a plane that carries up to 189 passengers.

Queensland Health chief officer Dr Jeannette Young on Thursday said she was concerned about everyone on the plane.

On Friday, it was revealed an Australian team that includes the CSIRO, the Doherty Institute and the University of Queensland were working on producing a vaccine.

The goal of the team, working with other global agencies, is to develop the vaccine within weeks. 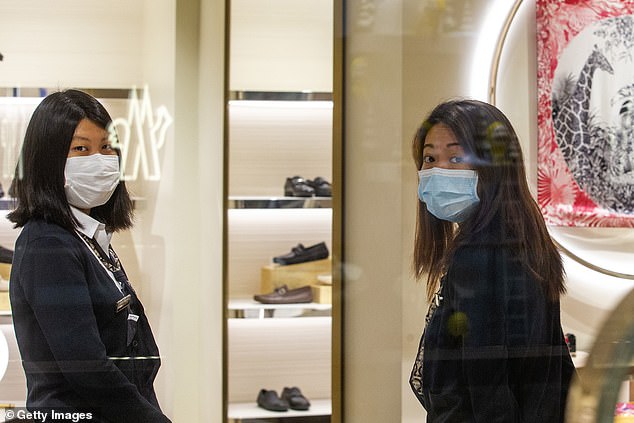 An Australian team including the CSIRO, Doherty Institute and University of QLD is working on a vaccine for the virus