A woman who underwent four open-heart operations and clinically died in two of them has gone on to defy doctors and become a professional bodybuilder.

Samantha Gallier, known as Sammi, 27, from the Isle of Wight, has congenital heart disease and was born with three holes in her heart, narrowing of the aorta, narrowing of the pulmonary vein and a faulty valve.

During two of her operations, Sammi was clinically dead for two minutes each time, and had to be defibrillated back to life.

Competing as a bodybuilder carries huge health risks for Sammi, who could need surgery if she pushes herself too far during exercise, but she says she knows her limits.

Samantha Gallier, known as Sammi, 27, from the Isle of Wight, has transformed into a professional bodybuilder 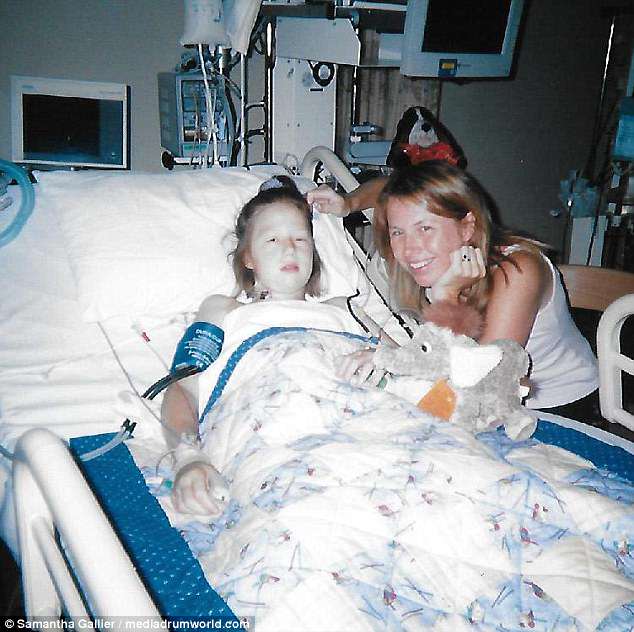 She has congenital disease and has undergone four open-heart operations, even clinically dying in two of them

She tries to work out four to five times a week, but doctors put a cap on how much she can lift as they weren’t happy with her lifting 70kg (11 stone).

‘The risks for me are getting my heart rate above 155 beats per minute or getting my blood pressure too high because of the scar tissue on my aortic arch which I can’t put pressure on,’ she added.

‘I avoid going over my limits by not doing one rep lifts and not straining or holding my breath while lifting.

‘I keep check of my heart rate with a heart rate monitor while I work out.’

Competing as a bodybuilder carries huge health risks for Sammi, who could need surgery if she pushes herself too far during exercise 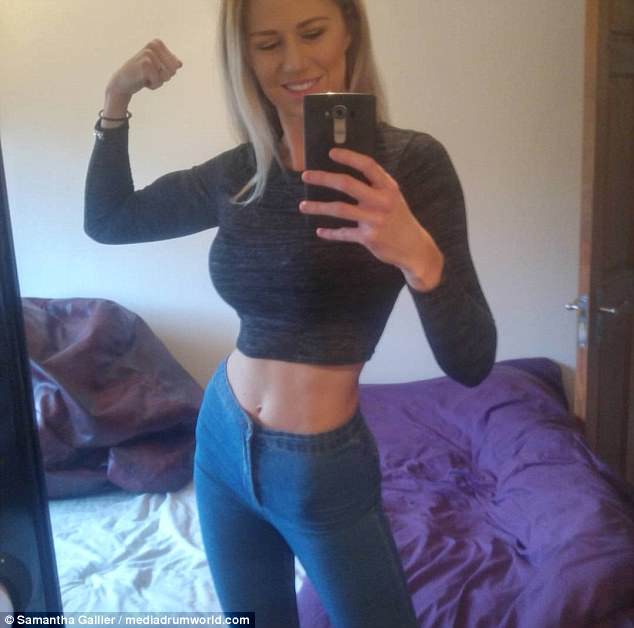 She has to keep track of her heart rate while she works out, making sure it doesn’t go above 155 beats per minute or let her blood pressure too high

WHAT IS CONGENITAL HEART DISEASE?

Congenital heart disease is a general term for a range of birth defects that are present at birth.

The most common heart defects include:

Septal defects: When there’s a hole between two of the heart’s chambers, which is known commonly as a ‘hole in the heart’.

Coarctation of the aorta: Where the main large artery of the body, is narrower than normal

Pulmonary valve stenosis: When the pulmonary valve is narrower than the normal. This valce controls the flow of blood from the heart to the lungs.

Transposition of the great arteries: When the pulmonary and aortic valves and the arteries they’re connected to have swapped positions.

‘When I told my consultant I was lifting 70kg he was not happy. He limited my weights to just 5kg.

‘Being limited in the gym was extremely hard to take in, so I had numerous tests with my cardiac team and they updated my weight limit to 30kg.’

Sammi’s health concerns weren’t noticed until she collapsed in her mother’s arms ten days after her birth.

Sammi’s childhood was marred by surgeries and hospital appointments which frequently took Sammi out of school and stopped her from having the experiences her peers got to have.

Her heart defects also prevented Sammi from taking part in any sports at school out of fear for her health.

Now in a far improved state of health, Sammi has been weight training and bodybuilding for the last five years, after her husband Tom encouraged her to give it a try.

She said: ‘I have had numerous bouts of pleurisy, pneumonia, septicaemia and heart failure. I was christened in the hospital before one of my operations as they didn’t think I’d make it.

‘When I had my last operation at 12 years old it was hard to take, and I remember not wanting to look at my scar. That’s already a really hard time in a girl’s life and then add in a health condition which limits how you live your life.’ 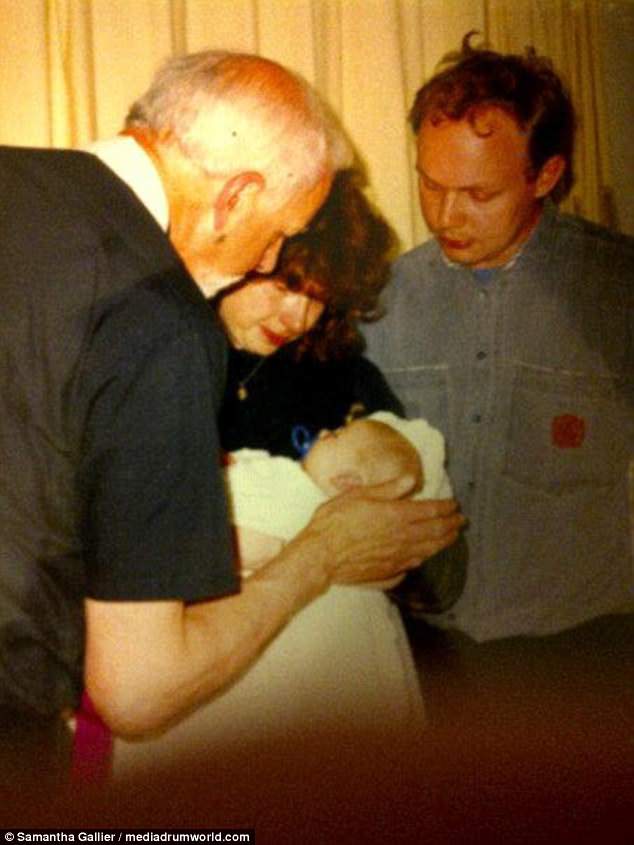 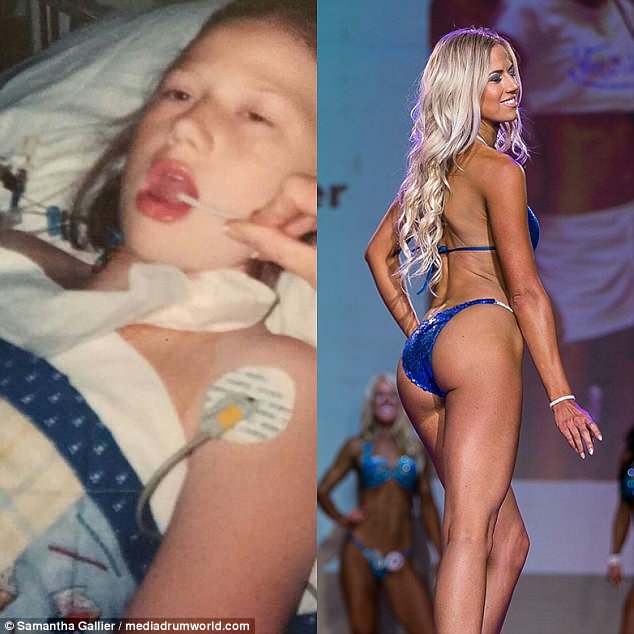 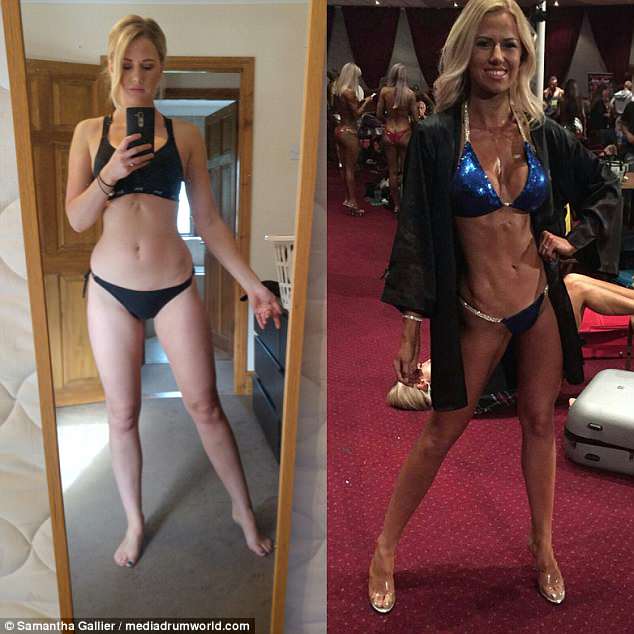 Sammi is naturally slim and always dreamed of putting on weight, but didn’t change her body until she took up bodybuilding five years ago

Having congenital heart defects has always restricted Sammi’s lifestyle, but once she found bodybuilding she was finally able to embrace her passion and got to share experiences with the most elite in the sport.

‘I have always been a very slim girl and dreamed of putting on weight but was trying to do it the wrong way,’ she said.

‘I used to be on the border of having high blood pressure and there were talks of me being put back on medication for life. 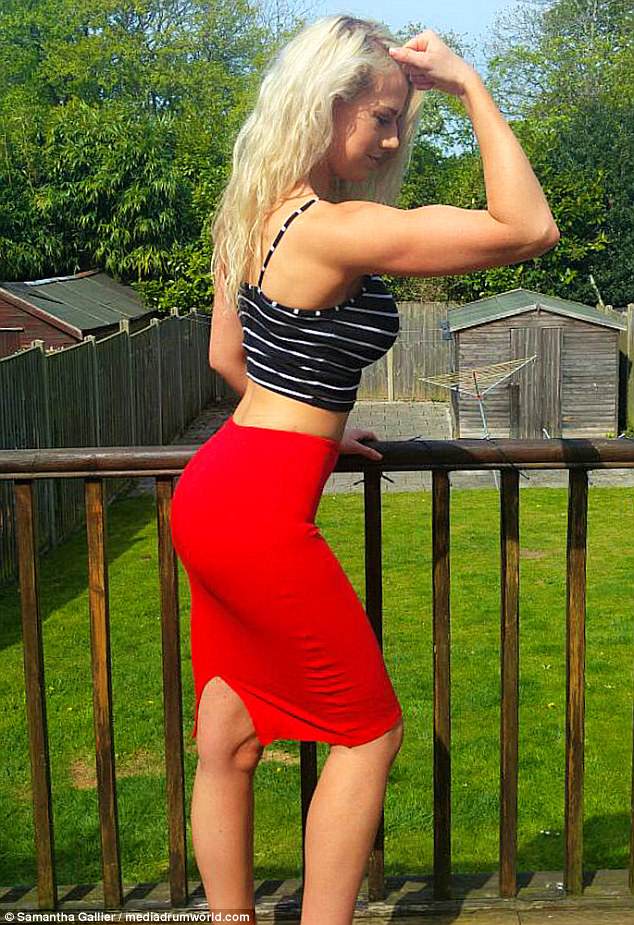 Her heart defects also prevented Sammi from taking part in any sports at school out of fear for her health, and bodybuilding is the first she’s been able to do 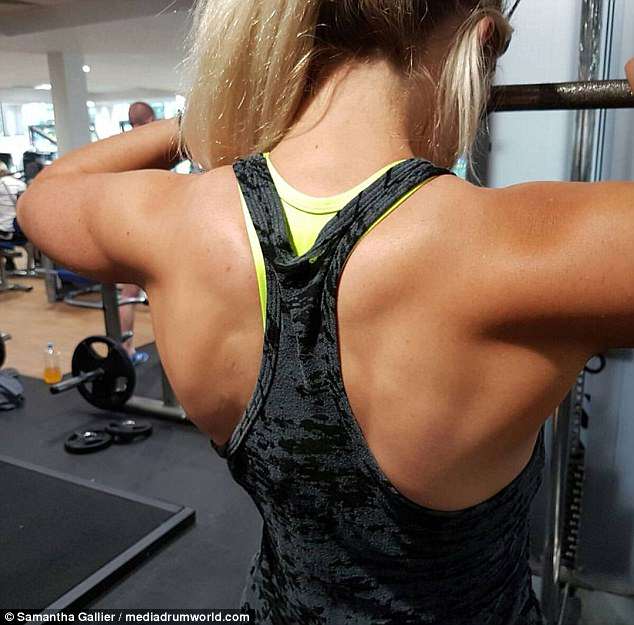 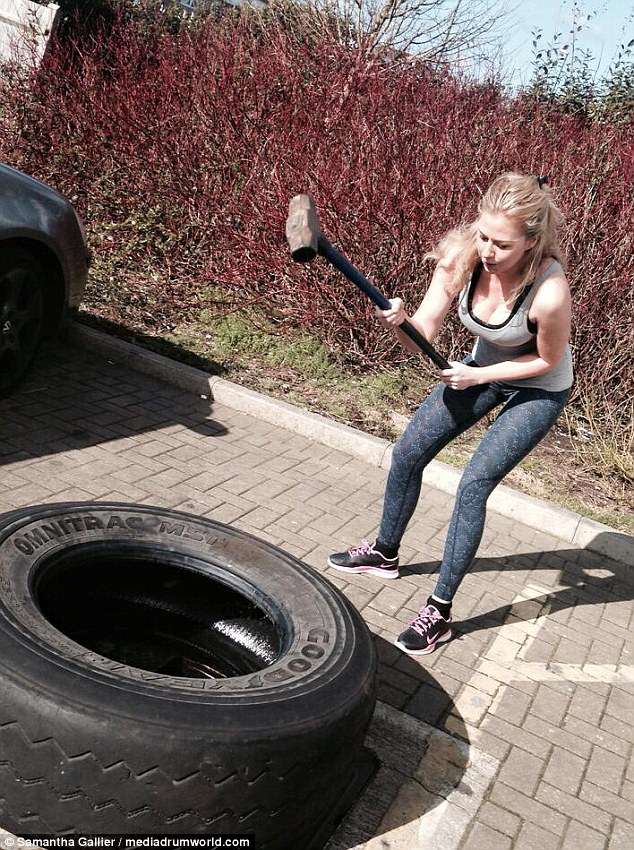 ‘But since I started going to the gym, even my cardiac consultants were so impressed with how healthy I am and how well my heart is doing.

‘The biggest health benefit I have had is my fitness levels have improved and my blood pressure has stabilised.’

Despite the odds being against her, Sammi competed in a bodybuilding competition in 2017 alongside countless others who could never imagine going through what Sammi had to. 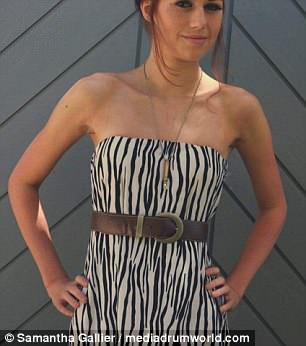 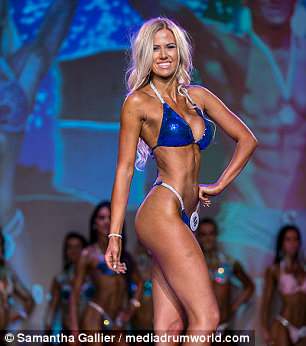 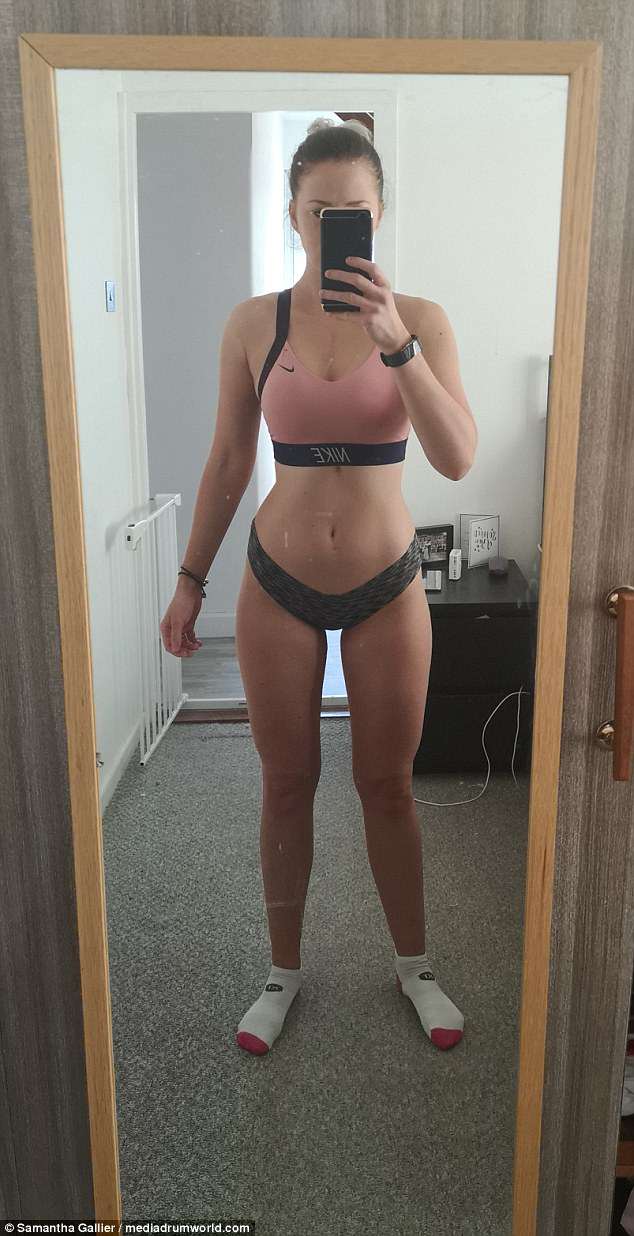 ‘My goals now are to build some more muscle and compete again. I have had people doubt me, but I just prove them wrong,’ she said.

‘People who know me know that it would take a lot for me to stop living my life.’

Although not being sure of it, Sammi’s doctors are hopeful that she won’t need any more open-heart operations in her life so she is free to continue competing while inspiring and motivating others.