Woman who gave birth to the nation’s first septuplets dies

A California woman who gained notoriety in the 1980s for giving birth to the nation’s first septuplets has died, her eldest son Joseph Frustaci said.

Patricia Frustaci made headlines in May 1985 when she welcomed seven children – four boys and three girls – at a San Diego hospital. The babies’ arrival was said to be the largest multiple birth in the United States at that time.

The former English teacher died on February 10, Joseph said, at a San Diego hospital from complications with pulmonary fibrosis. She was 63.

Joseph, who was four when his seven brothers and sisters were born, told the Mercury News that he thinks the fame his mother received from giving birth to the septuplets took a toll on her.

Patricia Frustaci, the California woman who gave birth to the nation’s first septuplets, died at the age of 63 from complications with pulmonary fibrosis. Pictured above from left to right is the surviving septuplets Stephen, Patti and Richard with their father mother Patricia (center) and their father Samuel (back right) and older brother Joseph (back center) 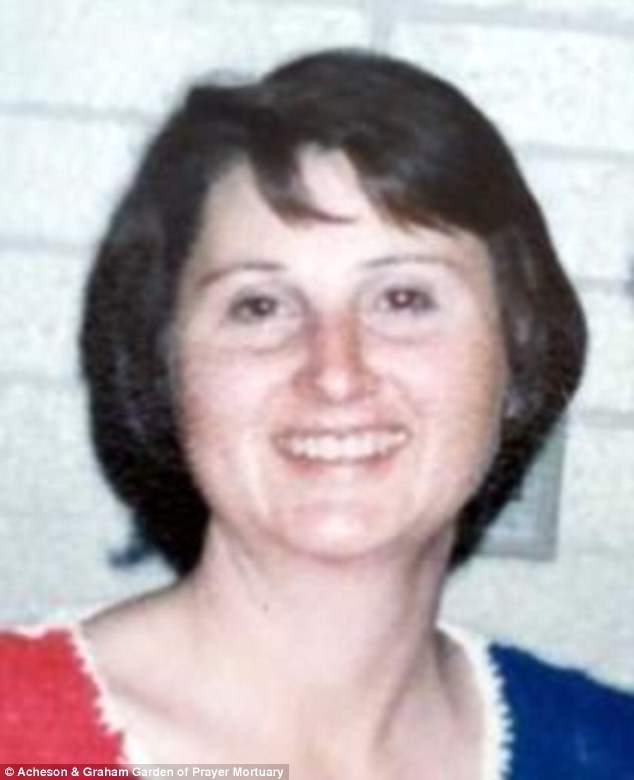 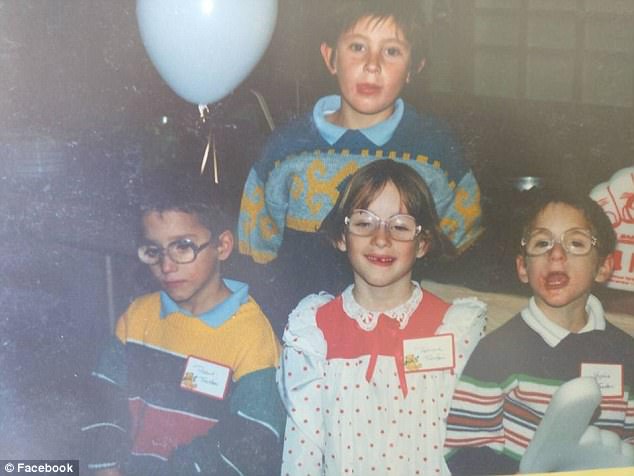 One of the septuplets was stillborn and three of the other babies died within weeks of being born. Pictured above is the three surviving septuplets with their older brother, Joseph 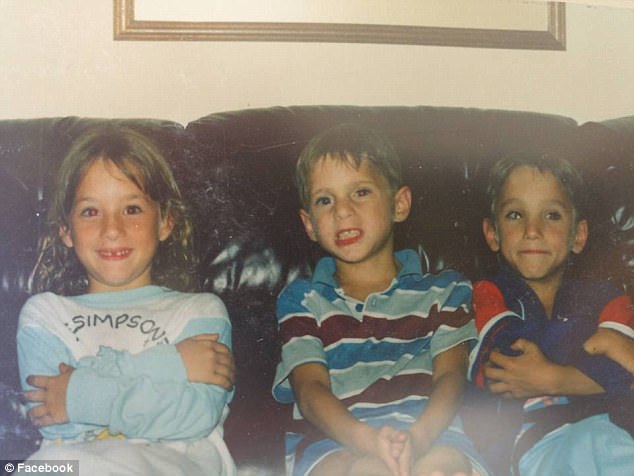 The surviving children are said to be doing well. Patricia is married with two children; Stephen lives in Las Vegas with their father and Richard lives independently

He also said the media attention, and criticism, made it difficult for his mother to deal with the pain of losing four of her children.

‘It was difficult. She’s a normal woman thrust into notoriety … the overall frenzy took its toll,’ he told the outlet. 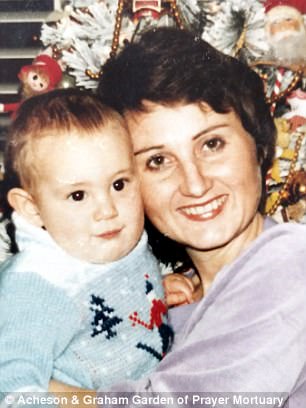 Five years after giving birth to the septuplets, Patricia had twins. Pictured above is Patricia with one of her children

Patricia Frustaci gave birth to her septuplets after undergoing fertility treatments. While the births received national attention, the occasion was marked with tremendous sadness for the Frustaci family.

Because the children were delivered 12 weeks early via cesarean-section they had a number of health issues including heart problems, jaundice and hyaline membrane disease, a respiratory ailment.

A girl, named Christina, was stillborn. A baby boy, named David, died about three days after he was born. Another girl, named Bonnie, and a boy named James died before they could leave the hospital.

The three surviving babies were named Stephen, Richard and Patricia.

Joseph told Mercury News that Patricia is married with two kids; Stephen lives in Las Vegas with their father; and Richard lives independently.

Following the births of the septuplets, Patricia Frustaci and her husband Samuel Frustaci struggled to pay the medical bills, which reached $1million. 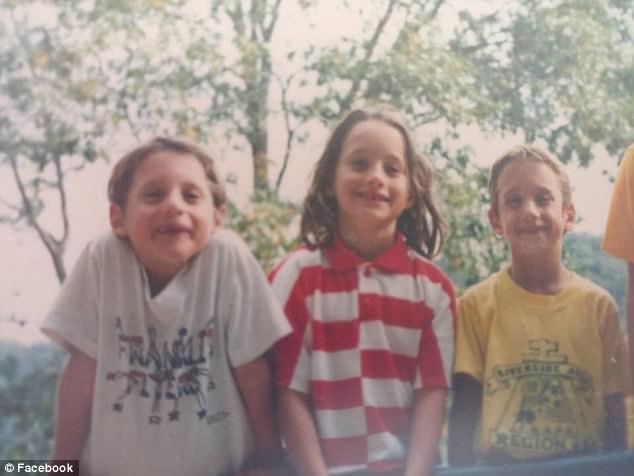 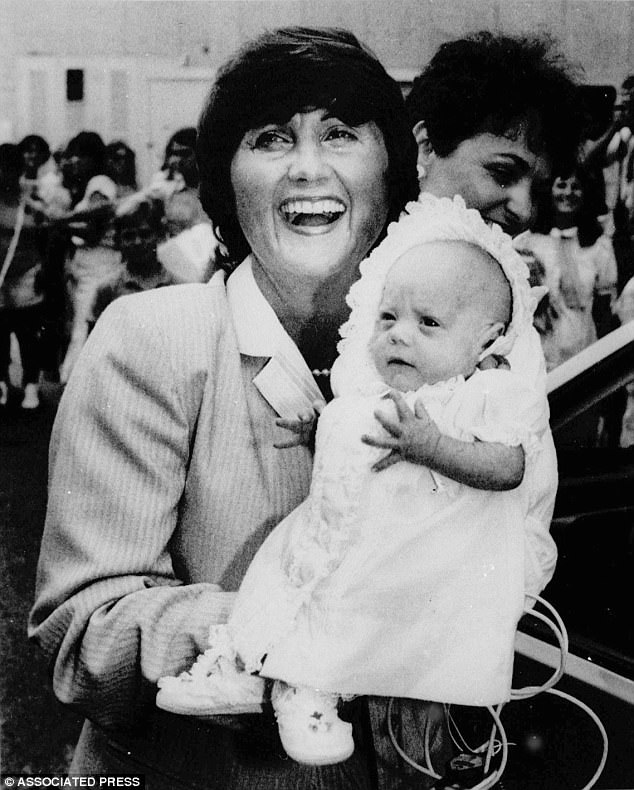 Patricia is pictured above with her daughter Patti, one of the septuplets, on the day she left the hospital

The family later sued the fertility clinic and doctor alleging wrongful death of the four babies and negligence that led to the surviving children suffering health problems that needed round-the-clock care.

According to the New York Times, Patricia Frustaci believed that she was not closely monitored enough at the beginning of her pregnancy and thought her doctor gave her too high a dose of Pergonal, the medication she received during her fertility treatments.

The clinic never acknowledged any wrongdoing but agreed to pay the family $450,000 and to provide monthly payments to the surviving three children for life. 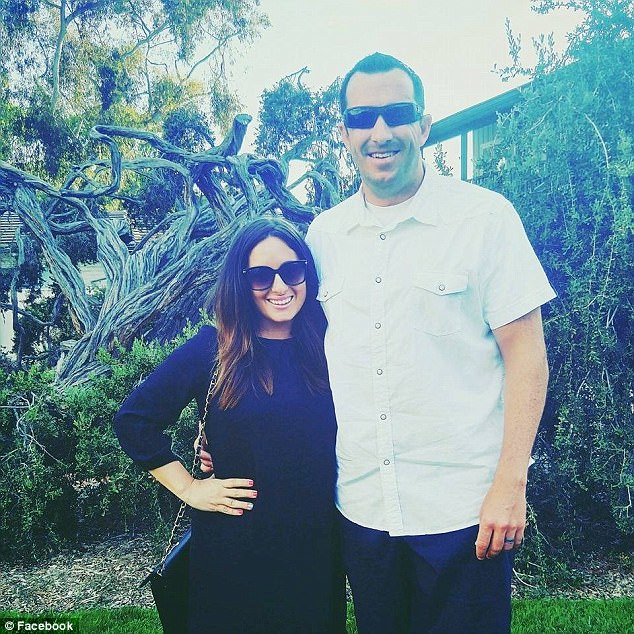 Patti (pictured) now lives with her husband and their two children

Despite her struggles, Patricia Frustaci gave fertility treatment another shot and in 1990 gave birth to twins, named Jaclyn and Jordan. Soon after their arrival, she divorced from her husband.

Joseph said the twins are college graduates and are doing well.

‘She (Patricia) was the funniest person I’ve ever known. She made regular, mundane errands an adventure,’ he told Mercury News. ‘We miss her terribly, we miss her deeply.’