Woman who killed herself after gambling away £36,000 in a fortnight

Woman killed herself after gambling away £44,000 including £17,000 from her grandmother’s will as her mother lost her home trying to cover her daughter’s spiralling debts

A gambling addict killed herself after gambling away £44,000 including £17,000 from her grandmother’s will.

Kimberley Wadsworth, 32, of Ilkley, west Yorkshire, started gambling in 2015 after becoming depressed following the death of her father and problems with her marriage.

She even frittered away £36,000 given to her by her mother Kay, 65, to cover her daughter’s gambling debts.

Mrs Wadsworth said she made herself homeless to help her daughter by selling their home only for her to immediately waste it.

Kimberley Wadsworth, 32, pictured, killed herself shortly after frittering away £36,000 her mother gave her to clear her gambling debts

She was speaking out alongside the launch of the Northern Gambling Service clinic in Leeds, which is the first clinic to help addicts set up outside of London.

Mrs Wadsworth told the BBC: ‘I sold my house in Leeds, the family home. I gave her £36,000 so that she could pay off her gambling debts and she didn’t pay it off.

‘She didn’t pay a penny off and she just gambled it all away within two weeks and I became homeless.’

Mrs Wadsworth even arranged for her daughter to see a hypnotherapist to try to cure her addiction but she never attended the session.

She then received a text from Kimberley saying ‘It’s too late for me mum’ and she was found dead shortly afterwards.

Mrs Wadsworth said her daughter may still be alive if gambling clinics were more readily available. 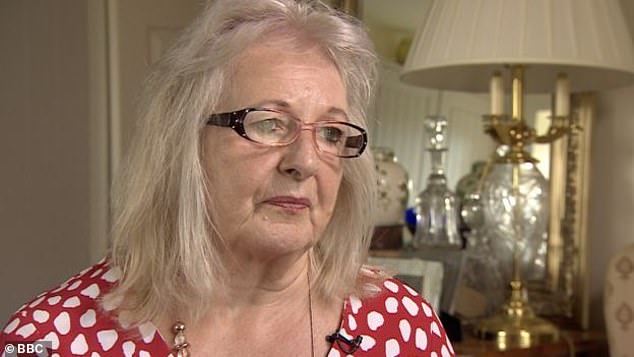 Kay Wadsworth, 65, pictured, said she sold her house to get the money for her daughter and wished there was more readily available treatment for addiction at the time of her death

She said: ‘They know how to deal with these people that are gambling addicts, and they know the signs. It’s the signs, and knowing what they’ve said and knowing that they’re hiding it. And the lies that they tell, it’s unbelievable.’

The clinic has been set up by NHS England and charity Gamble Aware and is run by Leeds and York Partnership Foundation Trust.

It will cost around £1million a year and funding is in place for the next three years.

Health minister Matt Hancock said more clinics are planned for Manchester and Sunderland to ‘undo the damage caused by gambling and protect our most vulnerable’.