Lilia Tarawa is unlike many young women her age.

The 26-year-old New Zealander grew up in the repressive, fundamentalist religious cult of Gloriavale Christian Community, which was founded in 1969 by her grandfather, Neville Cooper, who is known as Hopeful Christian.

She was a member of the commune on the west coast of New Zealand’s south island for 18 years where she followed its strict, oppressive rules, before she eventually escaped to live as the woman she does today.

Ms Tawara spoke to FEMAIL about life inside the cult, her grandfather, Neville Cooper – who is an Australian sex offender who was jailed on three counts of indecent assault against girls aged 12 to 19 – and how she finally broke free only to return to the cult as a modern woman to look back on her experience.

Lilia Tarawa (pictured centre with Shepherd Fervent Stedfast and Shepherd Howard Temple), 26, grew up in the repressive, fundamentalist religious cult of Gloriavale Christian Community which was founded in 1969 by her grandfather, Neville Cooper (not pictured) 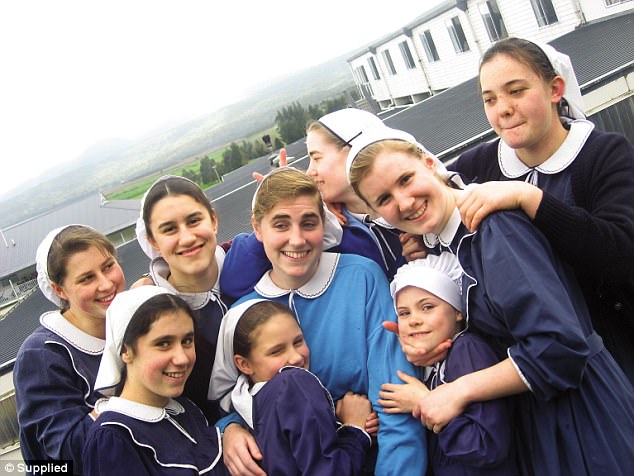 Ms Tawara (pictured back row, second from left with some of the girls on her working team) spoke to FEMAIL about life inside the cult, which required women to wear long dresses

While Ms Tawara’s life inside Gloriavale as a woman was one of submission, domestic servitude and fear of eternal damnation and hell, Ms Tawara said her earliest memories were in fact ones of happiness: 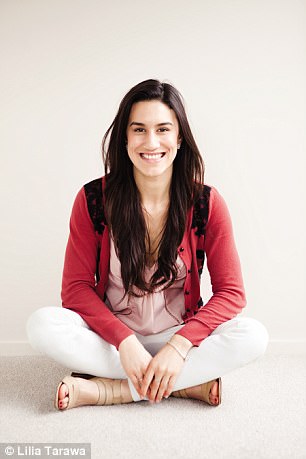 ‘I learned to work as a team when I was a girl,’ she told Daily Mail Australia. ‘What with all the sewing, cooking and domestic chores, we were always busy and the girls did everything together.’

However, things soon turned sour when the then-six-year-old received a school report, which praised her ‘leadership qualities’.

‘My grandfather read it aloud at dinner and mocked me in front of everyone,’ she remembered. ‘He called me “bossy” and said we didn’t want bossy women in the community.

‘I was humiliated and still struggle with a lack of self worth sometimes today because of that,’ she told FEMAIL.

From there, things only got worse for Ms Tawara, who witnessed a boy ‘being belted with a metal strap by a teacher’ at her community-run school.

‘Old-fashioned corporal punishment was encouraged. Those memories are hard, but I shared those stories because it’s when I started to think “this isn’t right”,’ she explained. 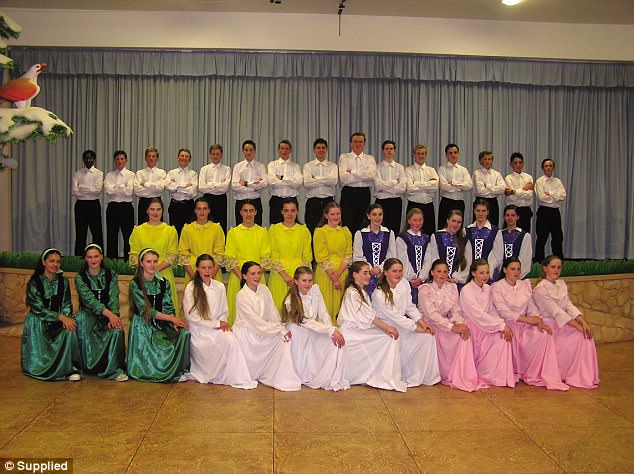 Lilia (pictured in a yellow dress, third from left) and her High School classmates attended a concert in costume – females were allowed to remove head coverings for theatrical purposes, but always had to wear modest clothing

While she knew that things weren’t right, Ms Tarawa was actively encouraged not to speak out in the repressive community.

Women were considered to be subordinate to men within the cult – forced to wear headscarves, alongside loose, full-length blue dresses, high necklines and long sleeves.

The costumes for the recent TV series, The Handmaid’s Tale, were inspired by New Zealand’s Gloriavale community.

Children were even lower than women in the hierarchy – and everyone was made to share everything – whether it was meals, prayers or breastfeeding. Meanwhile, young girls were married to much older men in arranged marriages.

‘I couldn’t speak out,’ Ms Tarawa said. ‘Your whole life is lived in fear of hell and damnation.’

On another occasion from her childhood, Ms Tarawa admitted to stealing rolled oats, after her charismatic grandfather told the community that it was better to speak out than stay silent and be damned:

‘Grandad reminded us of the consequences of stealing. “If your hand or foot causes you to sin then it’s better for it to be cut off than have all your limbs and be cast into everlasting hell fire,”,’ she recalled.

‘I wanted to ignore my conscience but the guilt was too much. Condemnation festered in my soul. If I didn’t cleanse myself then I’d be damned to eternity with Satan… I’d rather look like an idiot now than lose my salvation.’ 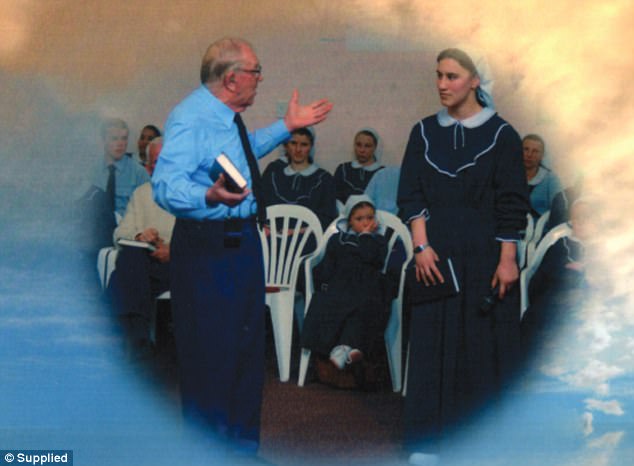 At the age of 16, like many of the women in the 90 families inside the Gloriavale community, Lilia made a vow to her grandfather during her commitment ceremony.

She promised, like others, that she would submit to males, look after her home and remain ‘meek’, ‘modest’ and ‘pure’.

At this point, she also renounced adultery, divorce, birth control and abortion.

‘Gloriavale told me that I wasn’t allowed to have sex with anyone until I was married,’ Ms Tarawa told FEMAIL.

‘In fact, it wasn’t until I escaped the cult later and had sex for the first time, that I was finally broken free from the religious chain.

‘I realised I wasn’t going to go to hell for having sex. That was the beginning of my freedom.’ 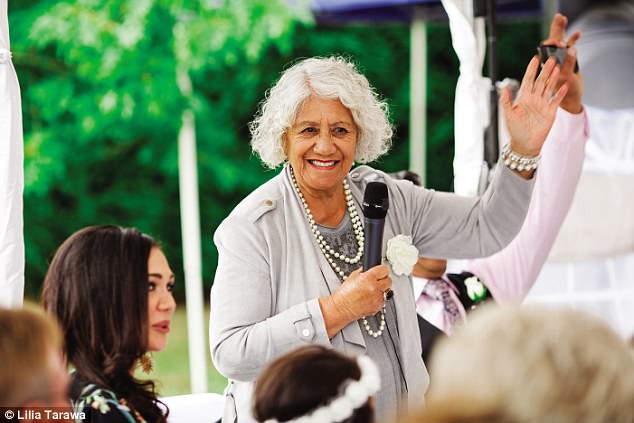 Ms Tarawa’s freedom came about partly thanks to her two older siblings, who began a rebellion within the cult and eventually ended up running away and escaping.

‘It was hard when they left. I was 15 and I remember seeing my mother sobbing in the kitchen,’ she said. 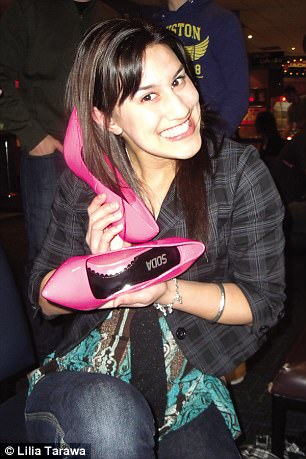 ‘When people leave, they are shunned. There’s no coming back.’

Later on in her teenage years, Ms Tarawa’s parents moved to a separate house close to Gloriavale, remaining part of the cult.

This allowed Ms Tarawa to be exposed to things many modern women take for granted – outside influences of different clothes, pierced ears and more.

‘I was living two lives, but could see elements of a different world out there,’ she said.

Eventually, the Tarawa family left Gloriavale for good, at which point Ms Tarawa broke free from the religion which had defined her childhood and embraced the modern world and everything it brings:

‘I decided to write the book, Daughter of Gloriavale – My Life in a Religious Cult, because every time there was media about Gloriavale, I felt not too great about it.

‘It stirred a lot of feelings in me, and I felt as though I needed to talk to someone. I was tired of feeling like I didn’t belong in the real world like I did in Gloriavale and I wanted to let go.

‘So I said to myself I would put it into words. That was really healing.’ 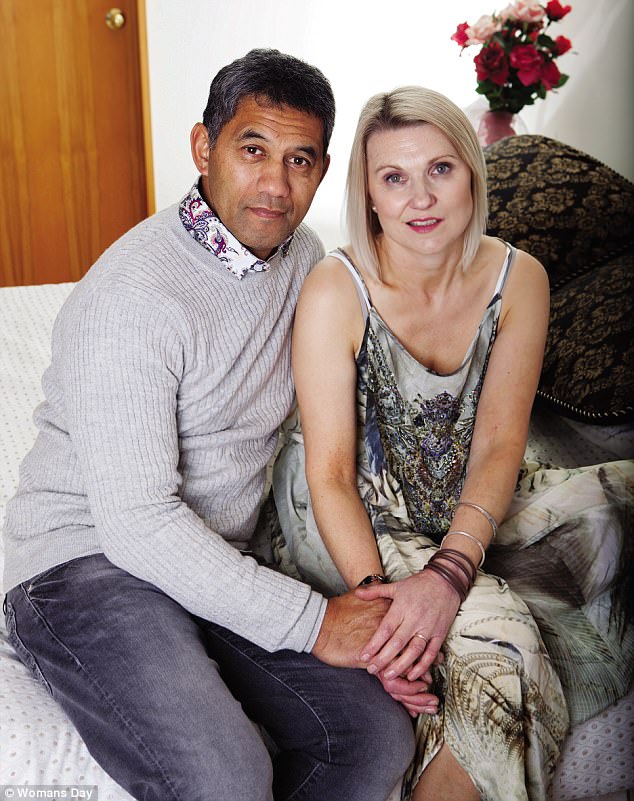 Ms Tarawa’s parents, Perry and Miracle Tarawa, are pictured here at home in Christchhurch in 2016

WHAT IS GLORIAVALE CHRISTIAN COMMUNITY?

* Gloriavale Christian Community is a small Christian group based at Haupiri on the west coast of the south island in New Zealand.

* The group was founded in 1969 by Neville Cooper, an Australian-born evangelist who was invited to preach in New Zealand.

* In 1995 Neville Cooper was jailed for almost a year on sexual abuse charges. He was convicted based on the testimony of his son and of a young woman who had fled the compound.

*Neville Cooper has changed his name to Hopeful Christian.

* Members of the community live a fundamentalist Christian life in accordance with their interpretation of the teachings of the New Testament.

* The group teaches that the only true way to salvation is through faith in Jesus Christ and obedience to the commands of God. 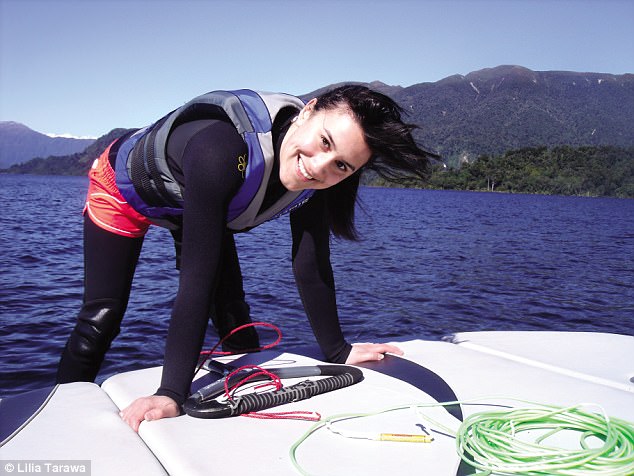 Ms Tarawa (pictured) concluded that she hopes that her book will ’empower’ and ‘inspire’ others to stand up to regimes, whether they are in an abusive relationship or a cult

Ms Tarawa writes in her book of the occasion where she returned to Gloriavale as a modern woman to see what it was like from her new perspective.

‘It was hard, but I wanted some closure from the world I had left. Part of me still wondered what life was like in Gloriavale.

‘It’s a tough world out here, but it made me thankful I am here – there is so much here that lights me up.’

She concluded that she hopes that her book will ’empower’ and ‘inspire’ others to stand up to regimes, whether they are in an abusive relationship or a cult.

‘You don’t need to believe the sh*t that people say you can and can’t do,’ she said.

‘This book is a message of hope. Look at me now compared to where I was. You can do it. You can break free.’

Daughter of Gloriavale – My Life Inside a Religious Cult is published by Allen & Unwin, AUD $32.99. It is available in stores and here.