Woman who locked son in bathroom for TWO YEARS is jailed

Brandy K. Jones, 36, has been jailed for 15 years after pleading guilty to three counts of child abuse

A Utah mother who pleaded guilty to child abuse after locking up her 12-year-old son in a feces-strewn bathroom for two years has been jailed.

Brandy K. Jayne, 36, pleaded guilty in July to three counts of abuse. She has now been jailed for 15 years – the maximum penalty on such charges.

In sentencing her the judge said: ‘Anything less in this case would not be in the interests of justice.’

Her 12-year-old boy was found severely malnourished weighing just 30 pounds when he was found in January with one blanket and a few empty cans of beans in the filthy bathroom equipped with a camera in the small southeastern Utah city of Toquerville.

The child, who has a twin sister, had spent the last two Christmases in the bathroom, listening to family members open presents.

At the time of her arrest, Lt. David Crouse with Washington County Sheriff’s Office told KUTV that the child had likely been kept in the dark inside of the small space. 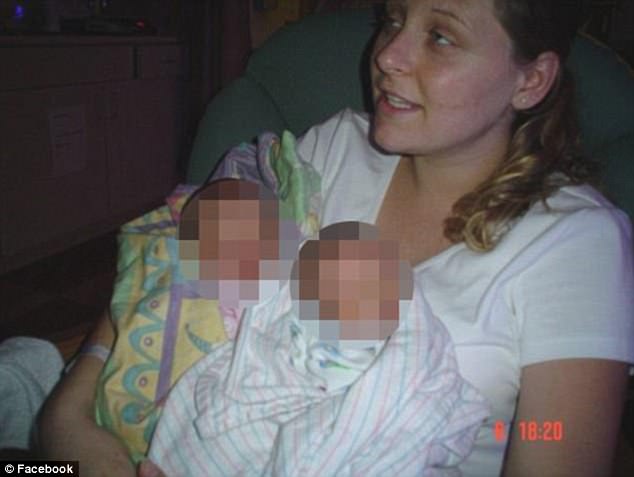 Jaynes has been sentenced to 15 years in jail after pleading to child abuse after her 12-year-old son, who has a twin sister, was found severely malnourished in a feces-strewn bathroom. She is pictured above holding the twins after their birth 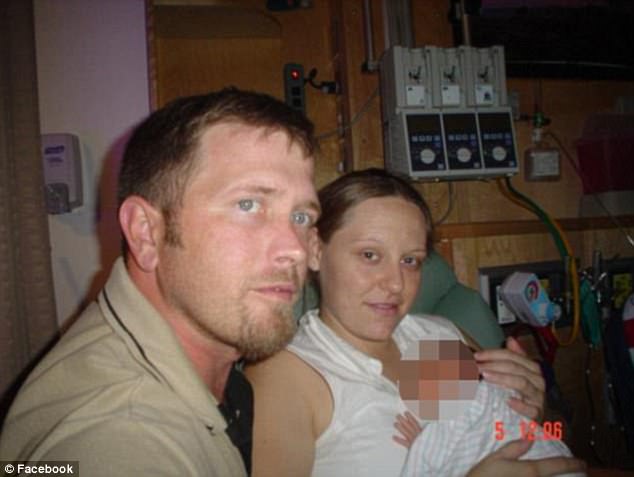 The abuse was discovered after the boy’s father, Russell Orin Jaynes brought him to a hospital. He was also facing a felony child abuse charge after prosecutors said he failed to help sooner

‘It would be my definition of a torture room.’ Crouse told the television station.

‘All the light switches were tapped into the off position. A baby monitor was setup so voices could come in but not out.

‘So they could give instructions to the child that was in the room.

‘There was fecal matter and urine on the floor, there was open cans of food, like can of beans with a spoon in it; there was also a video camera that was capable of wifi monitoring,’

Defense attorney Edward Flint has said she had a ‘total mental breakdown’ that left her overwhelmed and unable to care for the boy, who has special needs. 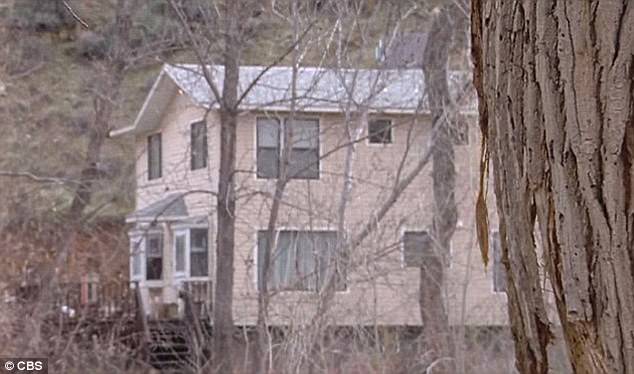 Authorities say the boy was locked inside of a bathroom inside the home (above). Authorities have since placed the boy and two other children found living in the home into foster care

The abuse was discovered after the boy’s father, Russell Orin Jaynes, brought him to a hospital.

The 40-year-old also faced child abuse charge after prosecutors said he failed to help the child sooner delayed getting the boy medical care for hours after letting him out of the bathroom.

The boy and two other children in the home were taken into foster care after the mother was arrested.

The child has been recovering from his malnourishment, however he lost some mobility in his limbs after being confined in such a small space for such a long time.

The boy now has trouble running and walking, authorities said.