A mother-of-four who runs a booming sex doll rental service claims it will soon be completely ‘normal’ for people to own one of her plastic creations.

Jade Stanley, 35, from Bromsgrove, Worcestershire, launched Sex Doll Official in 2018, a company that sells and rents plastic sex companions to people such as widowers and the ‘socially awkward.’

Jade’s story is featured tonight in Me and My Sex Doll, the first episode of the third series of the Sex Business on Channel 5, which follows people who work in the sex industry.

‘My business, and with me running my business is going to change the perception of everybody on the sex industry,’ she says.

Jade Stanley (pictured), 35, from Worcestershire, launched Sex Doll Official in 2018, and rents dolls to customers as well as creating customised dolls for them to buy 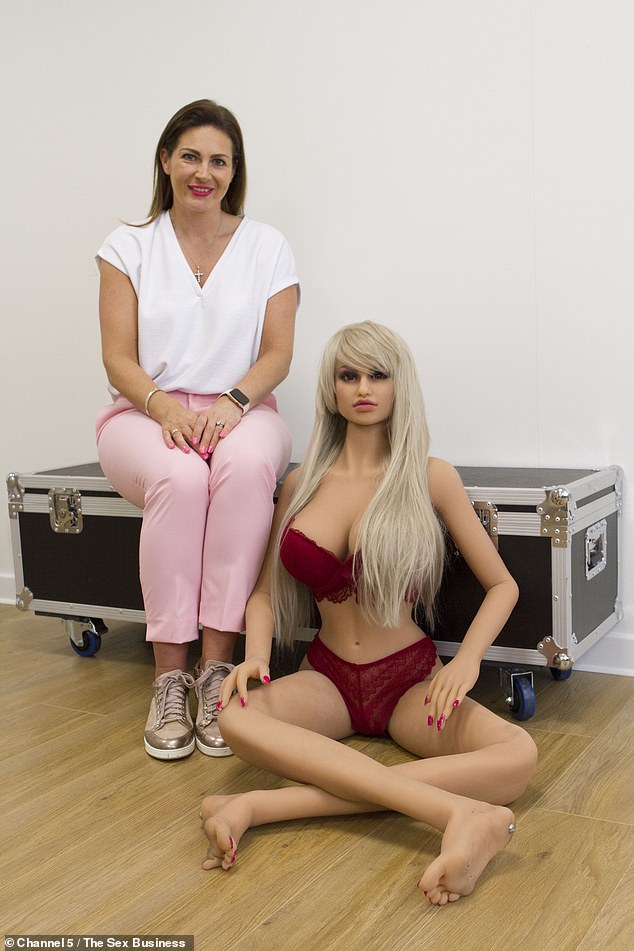 Jade, a mother-of-four, opened her sex doll business in 2018 after reading a news article about a sex doll brothel

Jade offers her customers the opportunity to buy, rent, or customise a doll, which she sees as nothing more than a ‘sex toy or a sex aid’, which should be a taboo.

Modern sex dolls are equipped with AI and respond to the stimuli sent by their users. They can talk, move and act on the fantasies of their owners.

But trying to dominate the sex-doll business is not an easy affair for the entrepreneur, who admits she’s sometimes ‘jaded’ by juggling her demanding business, which she runs with her husband of 14 years, with being a mother-of-four. 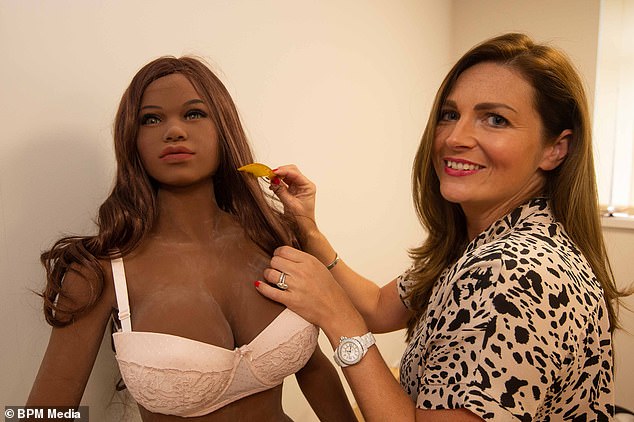 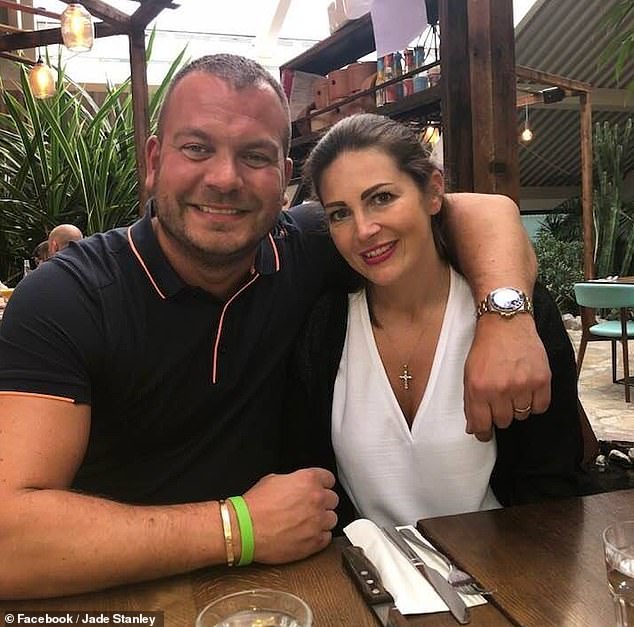 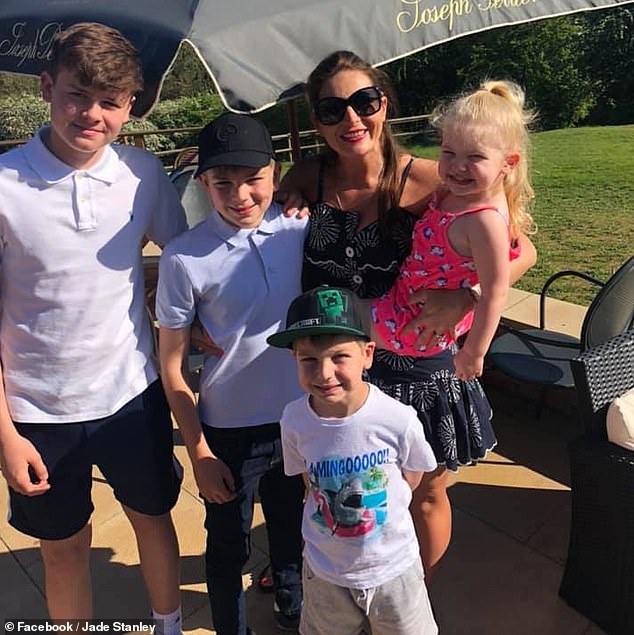 Jade pictured with her three boys and daughter. Her eldest sons, aged 14 and 11 (right) are aware of their mother’s occupation

Jade’s eldest children are 14 and 11 and are aware of their parents’ business.

‘We have been very honest with them from the start,’ Jade says.

Her husband Elliott reveals that he had his reservations about entering the sex business, but ‘fully supported’ Jade in what she wanted to do.

‘Everything that we do with regards to business we try to do together,’ Jade says.

The dolls created by Jade and her team can either be rented or created bespoke for customers  to look a certain way, or say and do what their new owners want. 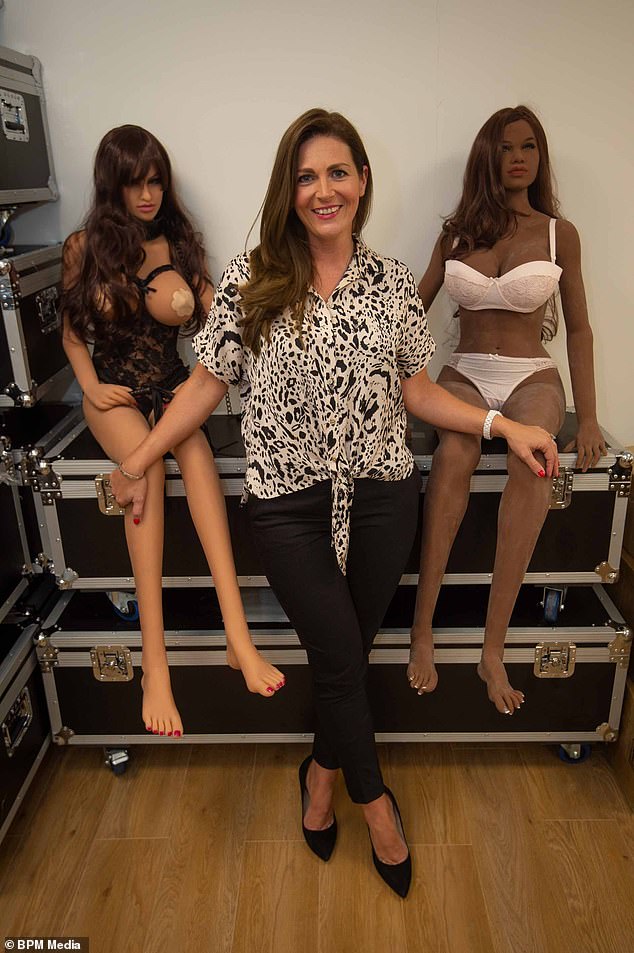 As the owner of a booming business, Jane – pictured with two of her dolls – wants to become a market leader 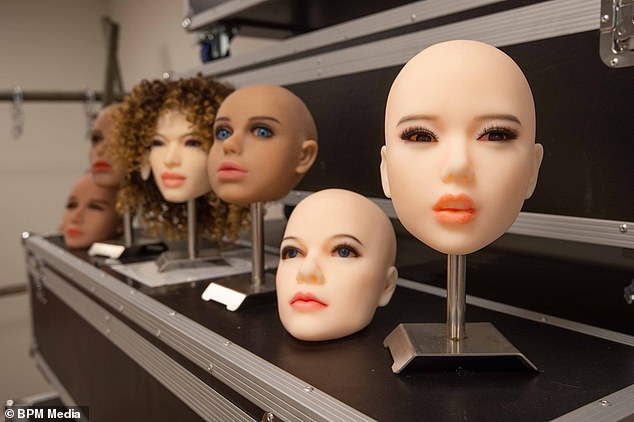 A closer look at the faces that will be added to the dolls’ bodies. Jade offers to create bespoke dolls for clients

Jade opened Sex Doll Official in late 2018 after she noticed their was an increasing market for sex companions.

She read an article about a sex doll brothel, and was inspired to create her own rental service

She prides herself on offering a clean and discreet services to her customers. 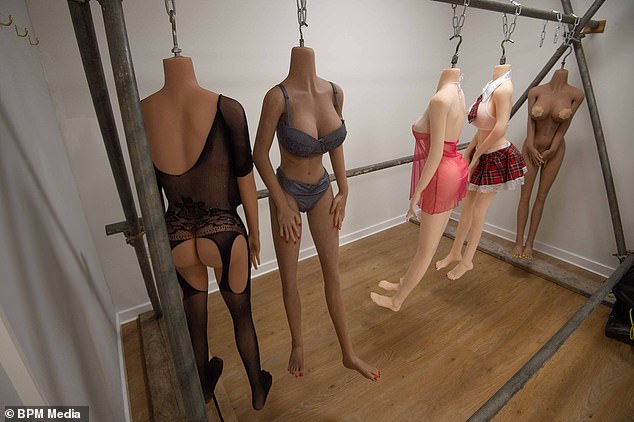 A sample of the dolls created by Sex Dolls Official. The businesswoman admits that the rental side of things sees a high turnover of dolls, which is why she now focuses more on the customisation services

Within a month of launching the business venture, Jade’s business was already booming.

Nine months later, Jade says the rental business was more difficult to handle than the purchasing or customising side of things.

‘It’s a messy business, the dolls come back not in the best conditions,’ she admits, adding that the turnover of her dolls is quite high.

And customisation seems to be one of Jade’s most popular services, which she admits can get ‘creepy.’

‘I get some strange requests,’ she says, ‘I had one recently for a Michael Meyers doll.’

One of the requests Jade is working on at the time of the documentary is slightly different from those she usually gets. This time, the customer has ordered a ‘dark elf.’ 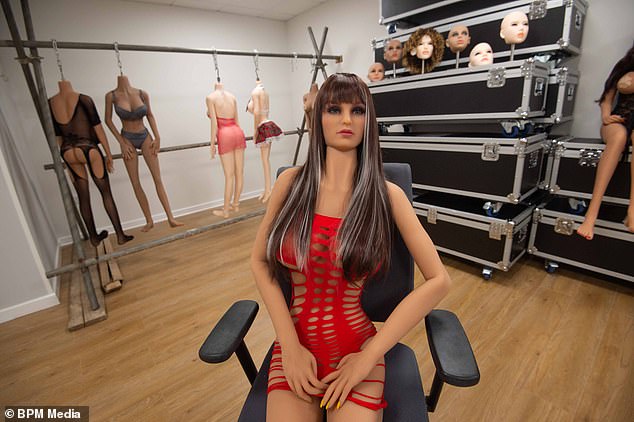 One of the dolls sold by Jade. The woman said that her business made it possible for disabled or socially awkward people to enjoy a sex life

‘It’s been quite nice to create this one for him, it’s a creative process,’ Jade says, ‘it’s like a fantasy, it’s a fantasy figure.’

But at the heart of the business is Jade’s will to ‘pioneer a change in attitude’ in the way people look at sex-dolls.

‘People with disabilities, people who are socially awkward, they can also enjoy a sexual relationship with a doll,’ she says.

‘My dream for this business is to completely take over the sex dolls market,’ she says. 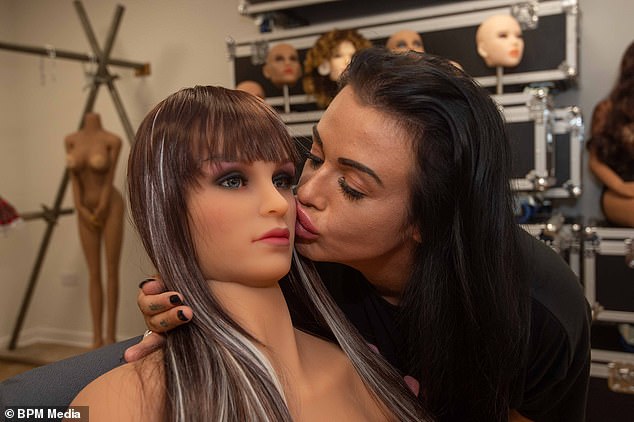 In order to get these scans right, the team uses 86 cameras that take multi-angle shots.

This include close-up vaginal shots, which are taken by Steph Kemp, Jade’s assistant.

‘We have to take very graphic shots,’ Jade says, ‘it is extremely important that the lady bits are as accurate as possible because they are the parts that are very much on show to the people that will be buying the dolls.’ 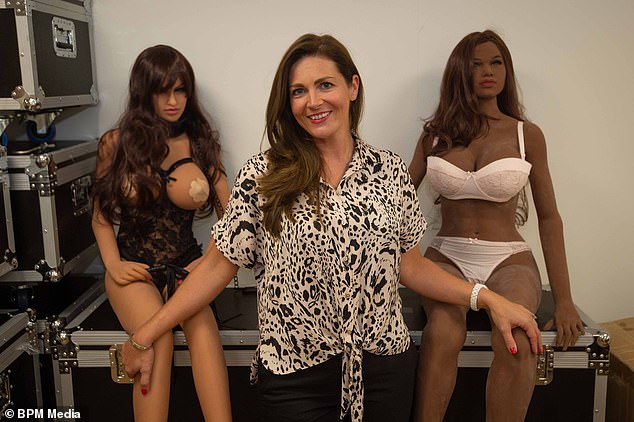 Jade says that sex dolls are just sex aids, much like vibrators, and weill one day seen as totally normal

‘The hardest part of the process to get right would be tattoos,’ she adds, ‘they are quite hard, they’re very intricate, they take a lot of time, many hours,’ she says.

The dolls themselves are made in China and conflicting time zones lengthens Jade’s order even further.

But Jade beams with pride as she explains how the newest collection will prick the curiosity of these porn-stars thousands of fans.

‘It’s a beautiful business model, it really is,’ she says with a smile. 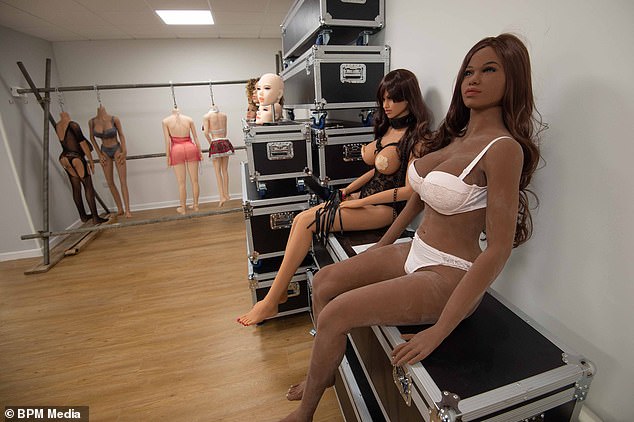 The Sex Business: Me and my Sex Doll airs tonight at 10pm on Channel 5.