A mum-of-three who spent thousands on diet programs, prepared meals and personalised plans over 22 years has revealed how she shed 55kg in 12 months – and without spending up big.

Julie Banham, 45, from Fennell Bay in New South Wales, once tipped the scales at 120kg – weight she said piled on after the birth of her first child when she was just 22.

The self-described ‘yo-yo dieter’, who has three children aged 24, nine and four, said regardless of what she tried – or how much she spent – she’d only ever lost weight momentarily before regaining it all again.

‘After I had my first daughter, I put on a few kilos, then lost that weight. Then I would put it all on again. That became a vicious cycle,’ she told FEMAIL.

Ms Banham revealed she successfully shed 55kg in a year after ditching takeaways, learning how to cook healthy meals and by hitting the gym five days a week.

BEFORE: Julie Banham (pictured) tipped the scales at 120kg despite having spent thousands on diet programs, books and prepared meals 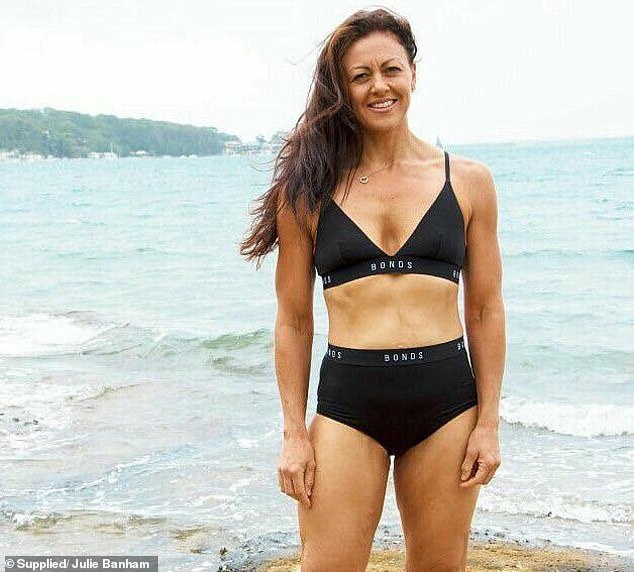 AFTER: Ms Banham, a self-described yo-yo dieter shed a staggering 55kg in just 12 months after overhauling her lifestyle through healthy eating and exercise

‘I was always trying to find something that would help. I thought if I bought the book, I would lose weight – but that wasn’t the case,’ Ms Banham told FEMAIL.

Today, Ms Banham couldn’t be more committed to healthy eating and she hits the gym five mornings a week for her beloved Crossfit sessions.

However, she said breaking the cycle didn’t come easy. 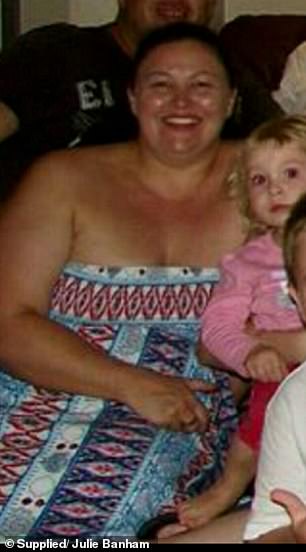 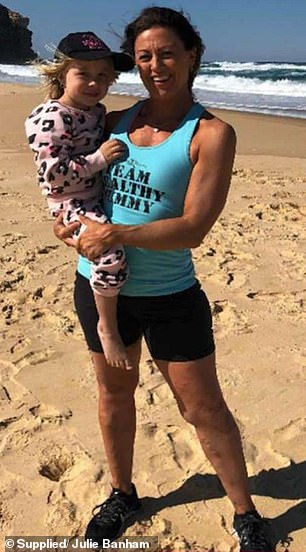 Ms Banham (before and after) said she gained weight following the birth of first child when she was 22, however, since ditching fad diets she’s been able to slim down in more sustainable way

She revealed it took losing her eldest brother, who was then aged 50, to a heart attack, for her to decide enough was enough.

‘It was incredibly upsetting at the time and really made me think about my health,’ she said.

‘I had a baby who was one and two other girls so I knew I needed to do something.’ 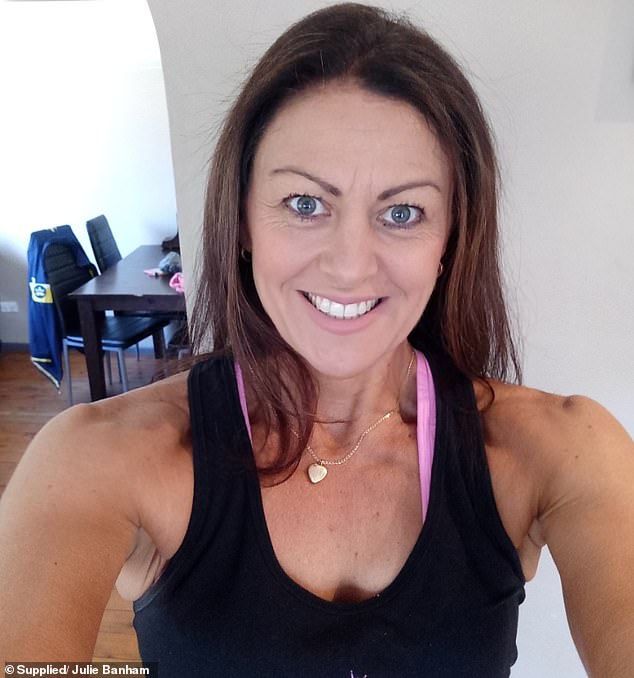 Ms Banham said it took the death of her brother, who was aged 50, for her to finally realise enough was enough

Ms Banham said while she was desperate to change her life, putting on the brakes was tough – at least at first.

Previously her diet had consisted of sugary cereal for breakfast along with takeaway meals often for lunch and dinner.

This was in addition to soft drinks, lollies and an endless stream of junk food.

‘Because I wasn’t a good cook at the time, I didn’t know how to make healthy meals,’ she said.

‘Even though I’d tried dieting which offered healthy food, once they [the diets] were finished I didn’t know how to look after myself.’

What was Julie Banham’s day on a plate before?

Breakfast: Toast with butter and peanut butter or sugary cereal

Dinner: Takeaways or a meal made from packaged or processed foods

What was Julie Banham’s day on a plate after?

Snack: Protein smoothie made with water

While Ms Banham was desperately motivated to lose weight following the death of her brother, she said there was no way she wanted to turn to another trendy diet.

She credits its 28 Day Weight Loss Challenge and the constant online support for helping her to shed 55kg over a year. 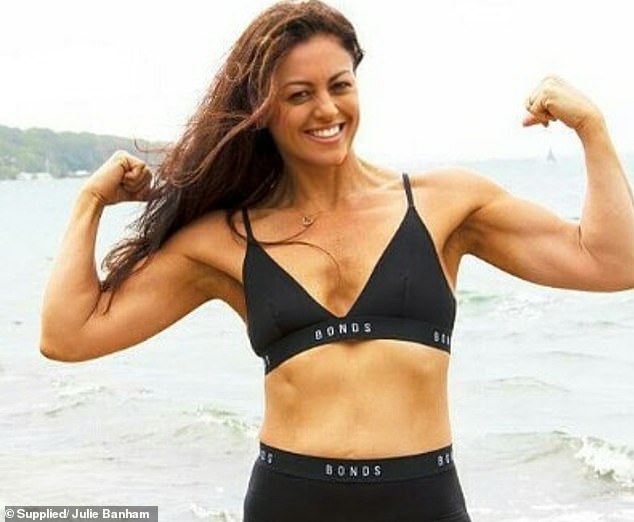 Fit, strong and healthy: Ms Banham said these are the benefits of making a decision at 45-years-old to overhaul her life

Learning to cook with the recipes offered by the subscription-based program which costs $28 per month revolutionised her life in ways she didn’t expect.

‘I have all these recipes on-hand and I’ve learnt to cook. There are no takeaways in my life anymore because I know there’s always a healthier option,’ she said.

Understanding the principles of nutrition have also helped with Ms Banham.

This means she now adheres to a calorie intake of 1,050 per day and will plan her food intake accordingly. 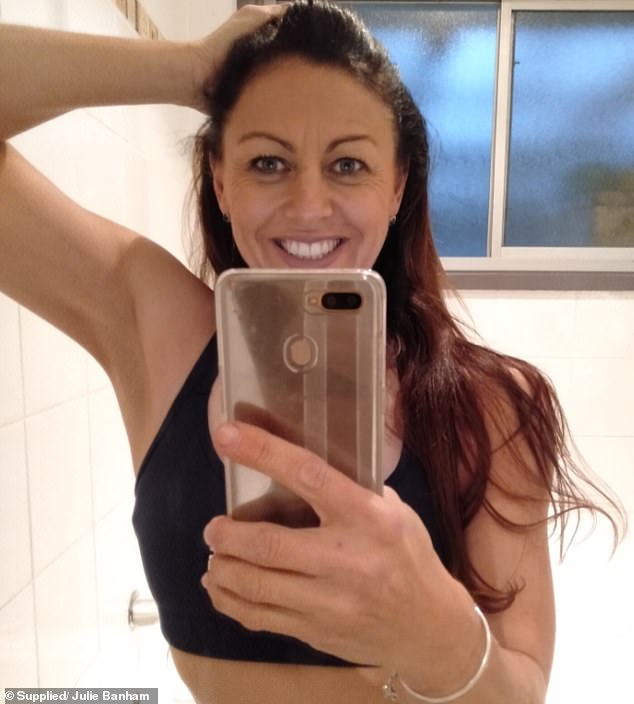 And 12 months later, she debuted a body which weighed 74kg.

A few months on she lost a further 11kg which took her to 63kg – two kilograms shy of her goal.

Although she loved new her healthy life, things changed after she was beset with yet another tragedy: the death of another brother from a heart attack.

Her grief of losing her last remaining brother’ along with the worry of having to care for her elderly mother, pushed Ms Banham back to old ways.

‘I turned my back on everything – I just walked away. At that stage I was trying to cope the best I could,’ she said. 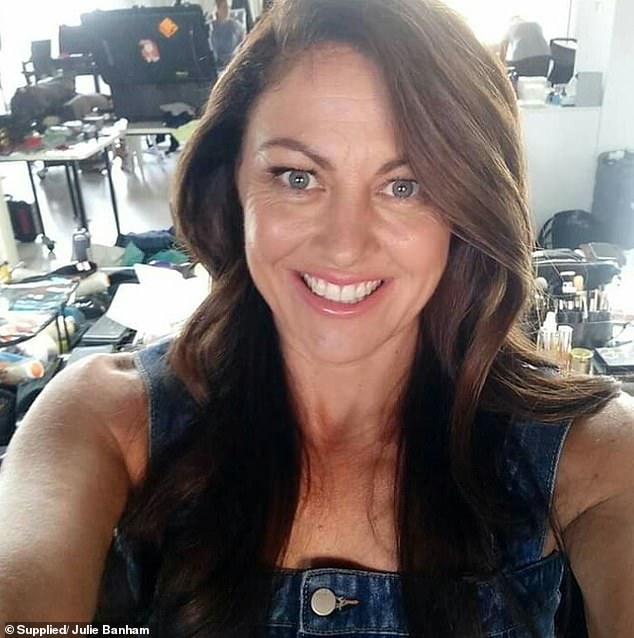 The mum-of-three said while her journey hasn’t been linear and she’s had to overcome her share of struggles, she’s committed to staying strong 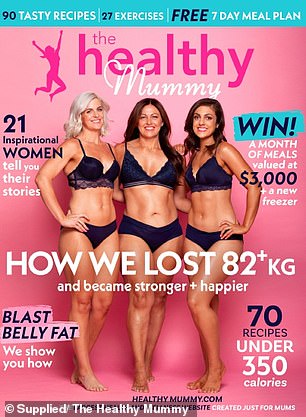 The latest edition of The Healthy Mummy magazine is out now

A return to the Healthy Mummy weight loss program and daily CrossFit sessions has allowed Ms Banham to shed 13kg.

Her goal is to lose a further 10kg – something she is convinced she’ll achieve.

The mum-of-three said although her journey hasn’t been linear and she’s had to overcome her share of struggles, she’s committed to staying strong.

To others who may find themselves caught in the treadmill of yo-yo dieting, Ms Bahnam sagely advises to ‘never give up’.

‘Realise you are important and always put yourself first,’ she said.

‘At 120kg I felt it would be impossible to get to my goal weight but I was committed.

‘I knew I had to change and I just put my head down and did whatever it took.’