A size 24 woman who was spurred on to lose weight after discovering her husband was having an affair has managed to shed an incredible 12st.

Leanne Champ, 28, ballooned to 20st after gorging on McDonald’s on a daily basis while living in an unhappy marriage.

But after looking in the mirror one morning Leanne realised she needed to focus on her own happiness and began making drastic changes to her lifestyle.

Over the past two years, she has managed to slim down dramatically by swapping her fast food diet for healthy meal replacements. 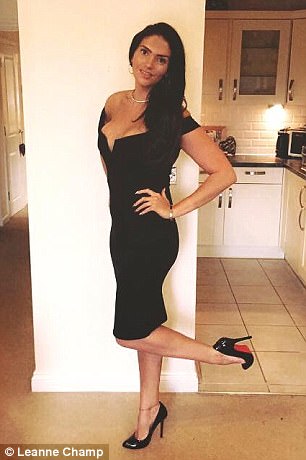 Leanne Champ saw her weight balloon to 20st thanks to her daily trips to McDonalds, but since switching to meal replacements she has shed 12st. Pictured: Before (left) and now

Explaining how her unhappy relationship led to her piling on the pounds, Leanne said: ‘When I was 21 years old, I got married and, due to family commitments, had to leave full time employment to start work part time.

‘During this stressful period in my life, I turned to comfort eating as a coping mechanism. Although I wouldn’t acknowledge it, I knew the weight was piling on.

‘I had an extremely unhealthy diet which consisted of working through multi-pack crisps and trips to McDonalds’s on a daily basis, and exercise was kept to a minimum.’

Leanne says she was spurred on to turn her life around after seeing herself in the mirror one morning – and decided it was time to end her marriage of six months. 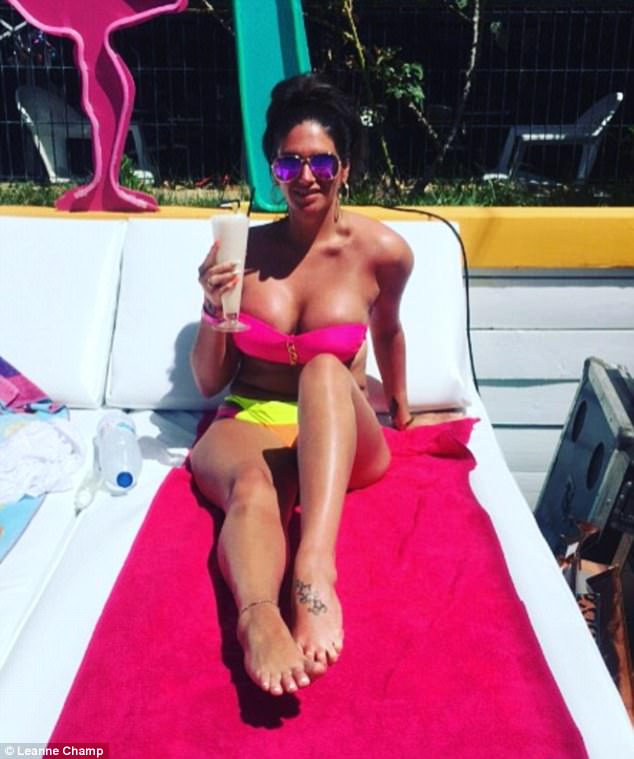 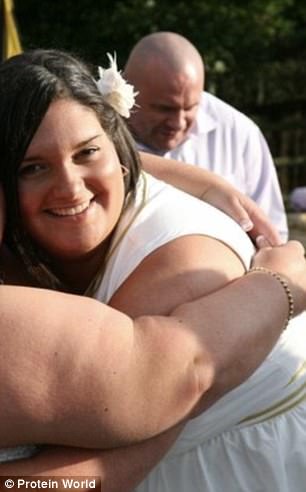 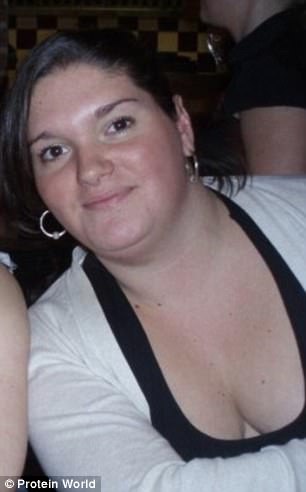 Leanne (pictured before her weight loss) explained how she ended up piling on the pounds while in an unhappy relationship, discovering that her husband was having an affair

She added: ‘The next time I jumped on the scales, at the age of 24, I weighed 127kg, the biggest I had ever been, and I knew things had to change.

‘I left my unhealthy, and unhappy, marriage, one in which my husband was having an affair and decided that I needed to focus on my own happiness for a change.

Wanting to set herself an end goal, Leanne said she was inspired to transform her body by pictures of celebrities online

She added: ‘I wanted to set myself a goal, to have an image in my mind of what I wanted to look like which, mentally, helped me to focus at the start.

‘At the time, I followed a lot of celebrities online, and I found their selfies inspiring and aspirational. When they posted about how they had changed their bodies and what they did, I thought to myself, “If they can do it, why can’t I?” ‘

She then discovered Protein World and began meal replacements to shift the weight. 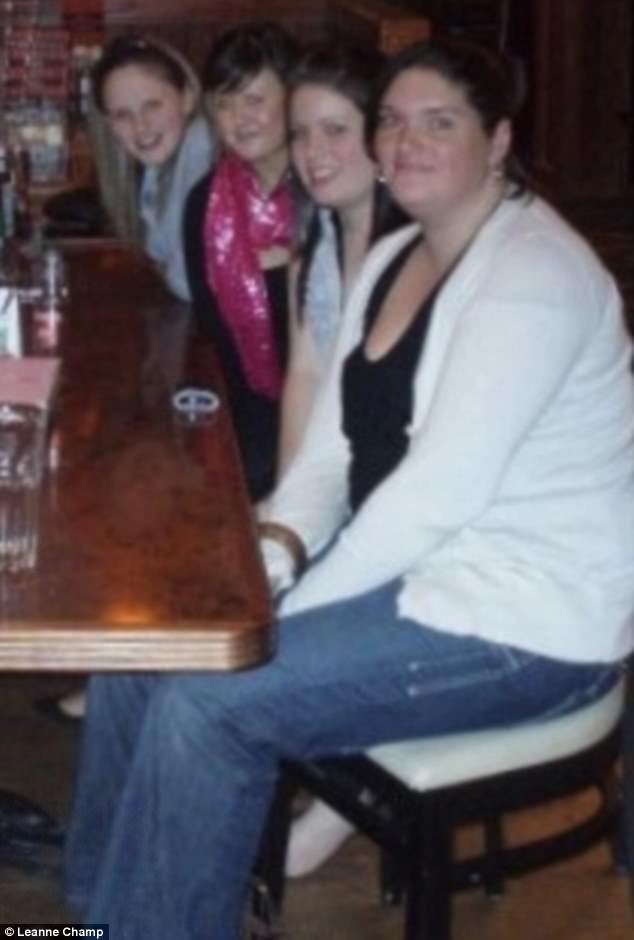 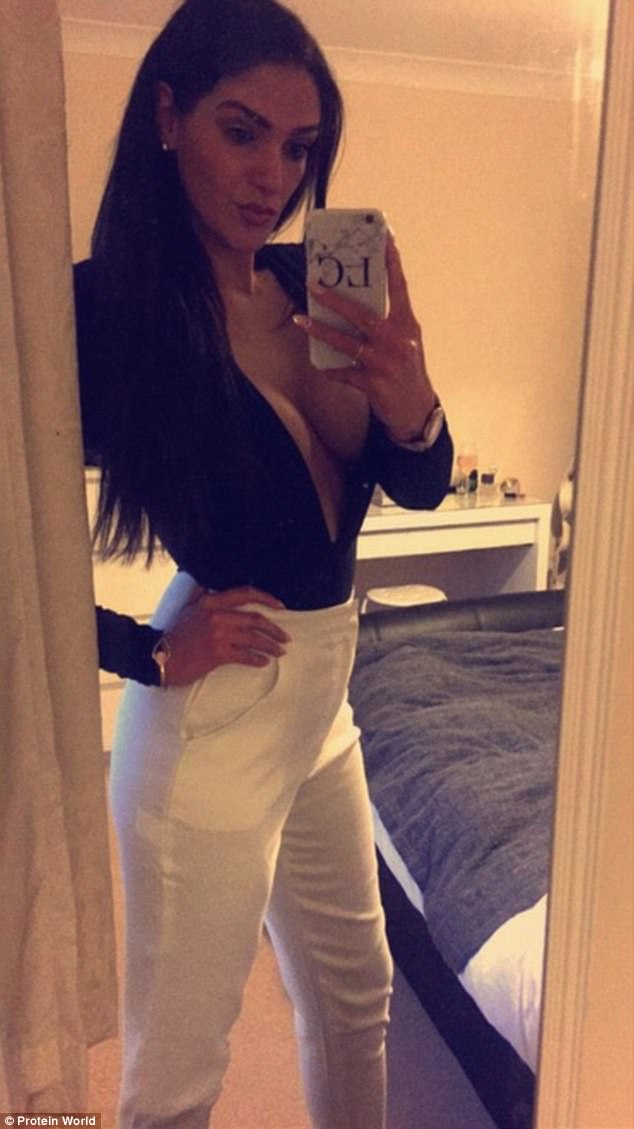 She also introduced exercise into her daily regime, taking up swimming.

Leanne said: ‘I had read so many stories about how unsustainable crash diets and quick fixes were, and I didn’t want that to happen to me.

‘I knew I was losing weight at a healthy rate, so at times I gave in to temptation and treats which relieved pressure off of me. 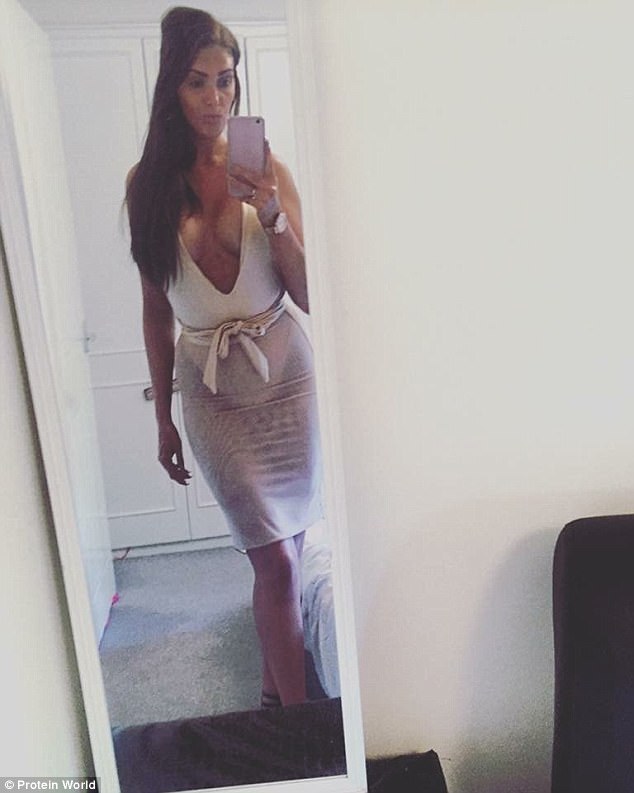 Leanne says that once she hit her goal, her diet turned into a lifestyle – helping her to continue to slowly lose weight over time

The hard work certainly paid off for Leanne, as the next time she stepped on the scale 18 months later she discovered that she had lost nearly half her body weight.

Leanne added: ‘I made the decision to not monitor my weight loss by scales as I didn’t want to be disappointed at any time, so I relied on clothing sizes, how I looked in the mirror and how I felt.’

She said that when she realised she had lost nine stone, she decided she wanted to keep the pounds off rather than carrying on slimming down.

‘I was more comfortable with my size and decided to maintain rather than continue to lose,’ she said.

‘When I hit my goal, my “diet” turned into a lifestyle, and I have continued to slowly lose weight.

‘I now know how to manage my weight, and my mindset, a lot better now. It’s amazing what you can learn in a year and a half.’