A woman who became quadriplegic after a freak accident has opened up about how her college boyfriend of just four months cared for her in the hospital and has been with her for the past three years.

Erin Field, 24, from Boston, Massachusetts, shared her story in a heartwarming TikTok video, explaining she and her boyfriend, Jack Benziger, were only together for a short time when a chimney fell on her the summer before their senior year.

She suffered a C5 spinal cord injury and was left paralyzed from the waist down with limited arm function and no finger function, but the accident only made her relationship with Jack stronger.

Love story: Erin Field, 24, from Boston, Massachusetts, opened up about her relationship with her boyfriend, Jack Benziger, in a heartwarming TikTok video 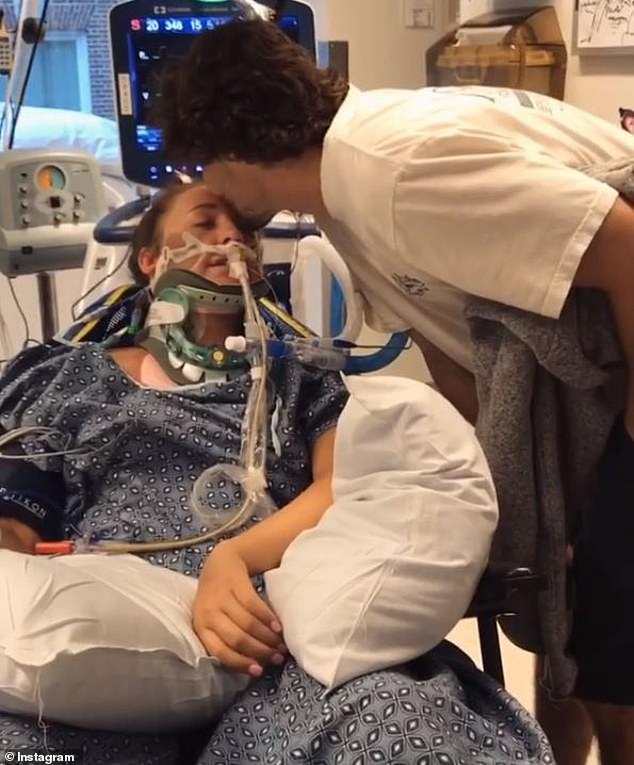 Amazing: Jack stood by her her side after she became a quadriplegic following a freak accident the summer before their senior year of college

‘A week before the accident I told my friends that I thought he was the one,’ she captioned the footage detailing their extraordinary relationship.

Erin and Jack were visiting her brother, Todd, in Boston in July 2017 when they decided to go hang out on the roof where her younger sibling had a hammock attached to the chimney and the wall.

According to Boston.com, she sat on the hammock sideways, and then Jack sat next. to her. That’s the last thing she remembers before the accident.

First responders had to lift her off of the roof because the stairway was too small to fit a stretcher, and she was rushed to Massachusetts General Hospital.

Looking back: Erin and Jack started dating halfway through their junior year at Goucher College in Baltimore, Maryland 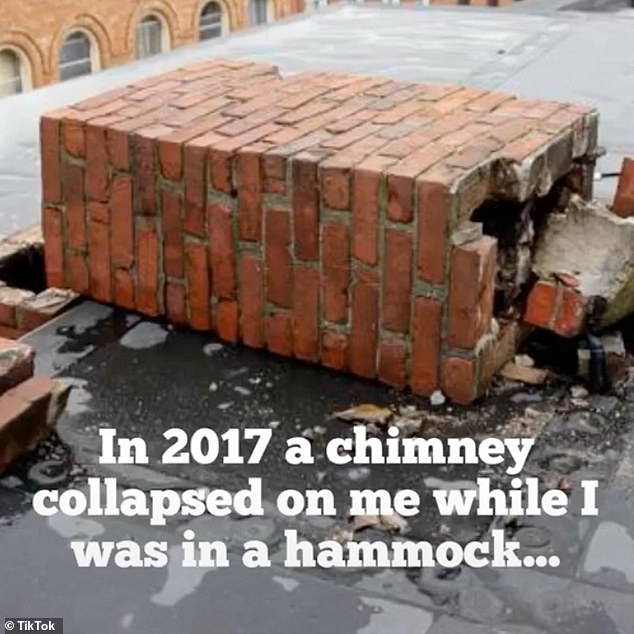 Freak accident: In July 2017, they were hanging out on a rooftop when they sat on a hammock that was attached to a chimney and the wall and the chimney fell on her 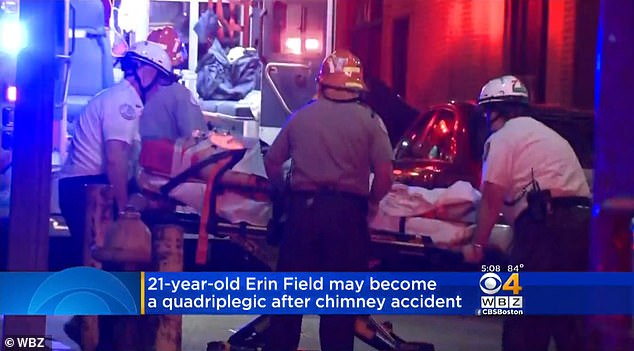 Emergency: First responders had to lift her off of the roof because the stairway was too small to fit a stretcher, and she was rushed to Massachusetts General Hospital 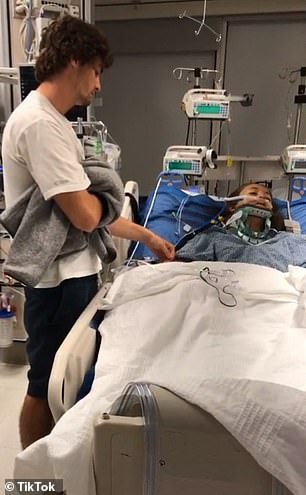 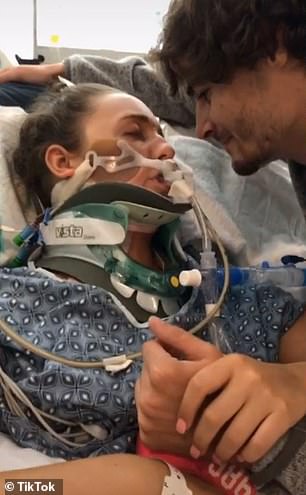 Devoted: Erin and Jack had only been together for four months at the time of the accident, but his love for her never wavered

In her TikTok video, she shared footage of Jack kissing her forehead and doting on her while she was in her hospital bed.

‘Jack never left my side — even though I told him he didn’t have to stay,’ she wrote.

The couple opened up about their relationship in a YouTube video earlier this year, and they explained that Jack had to go to Germany to study abroad just two weeks after her accident.

Erin admitted it was difficult to be home recovering while Jack was away and her friends were back at Goucher College in Baltimore, Maryland. 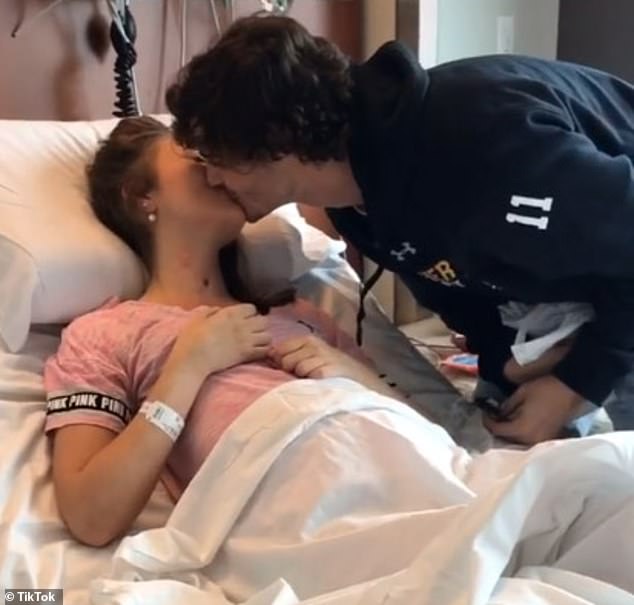 So sweet: Erin’s TikTok video features photos and footage of Jack doting on her when she was in the hospital 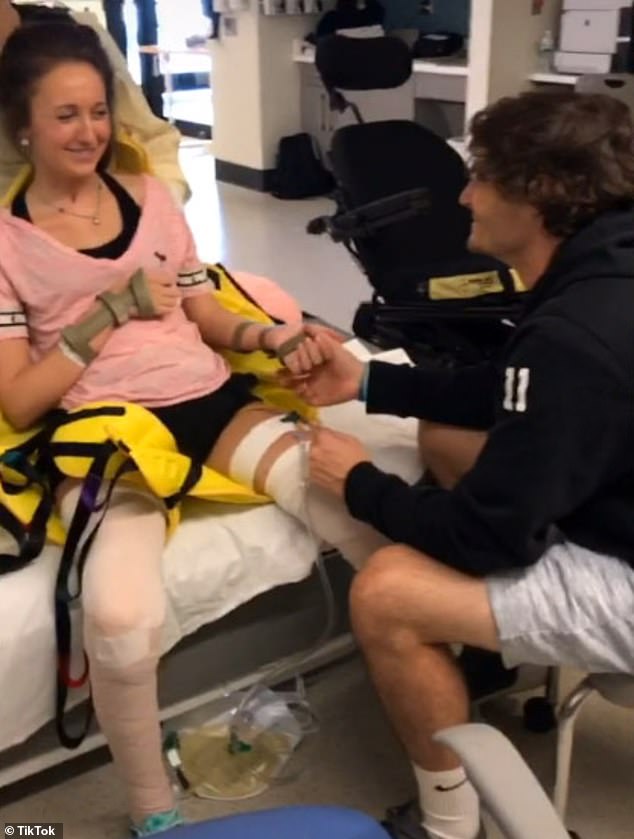 Separation: Jack spent two weeks with her before he had to go to Germany to study abroad while she recovered at home 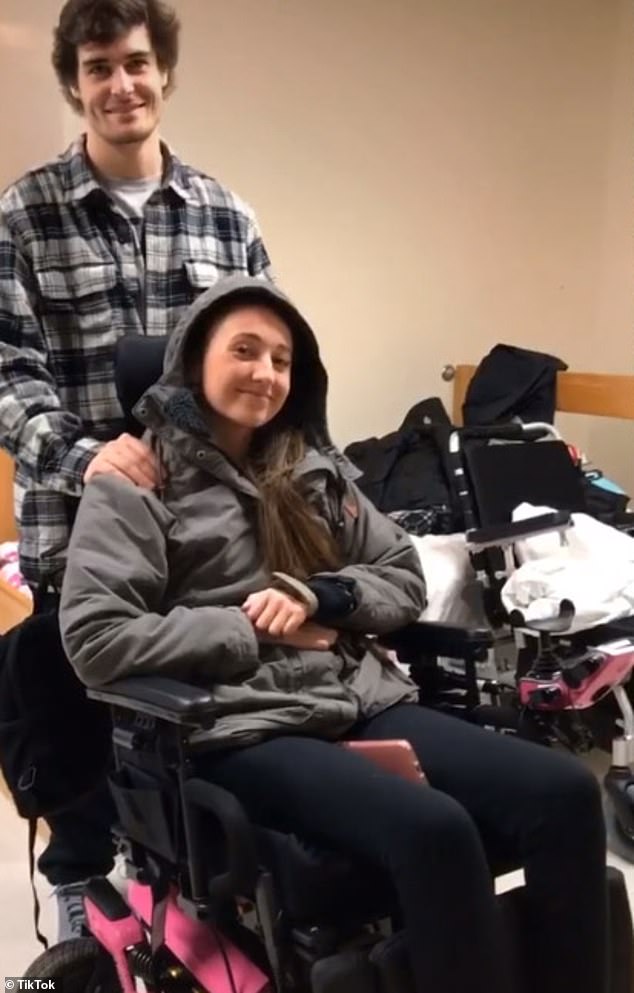 Starting over: Six months later, they returned to college together to finish their senior year 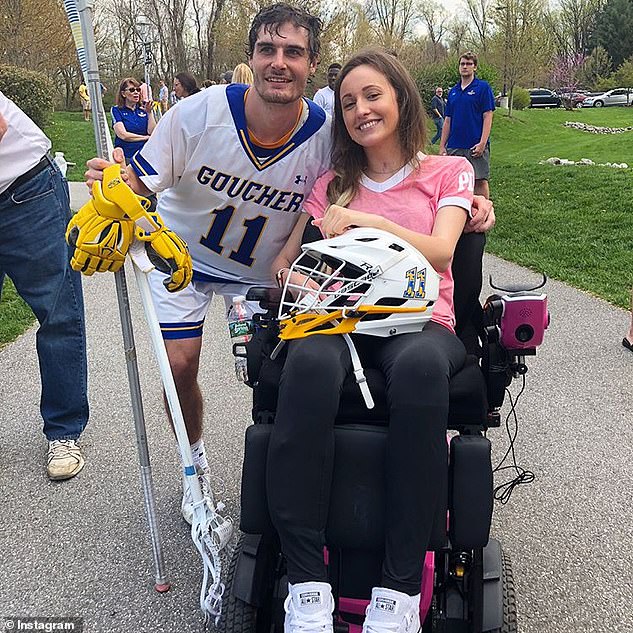 Look of love: Jack helped Erin get adjusted when she returned to school after missing just one semester following her accident

Although he visited her when he could, they spent about six months apart until she went back to school to finish up her senior year.

The two moved from Maryland to Boston and got an apartment together, a puppy, and then another puppy.

‘He’s been my best friend for three years,’ she captioned the footage. ‘I am so lucky to have him.’ 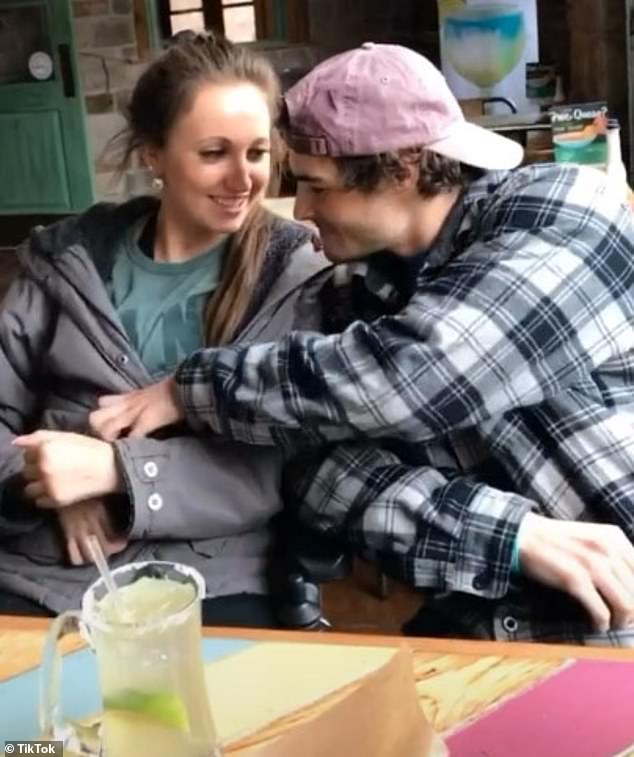 Memories: Erin shared photos and videos of herself back at school with Jack in the clip 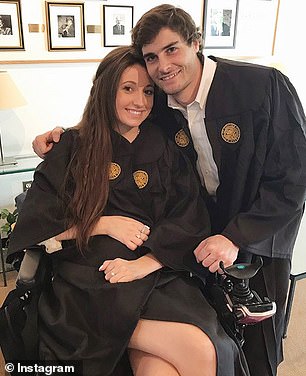 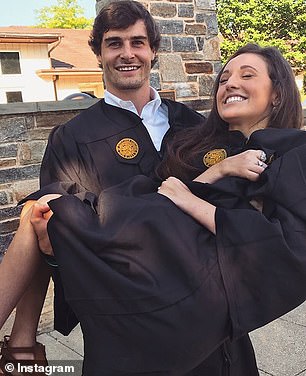 Class of 2018: She also posted pictures of them wearing their gowns on their graduation day 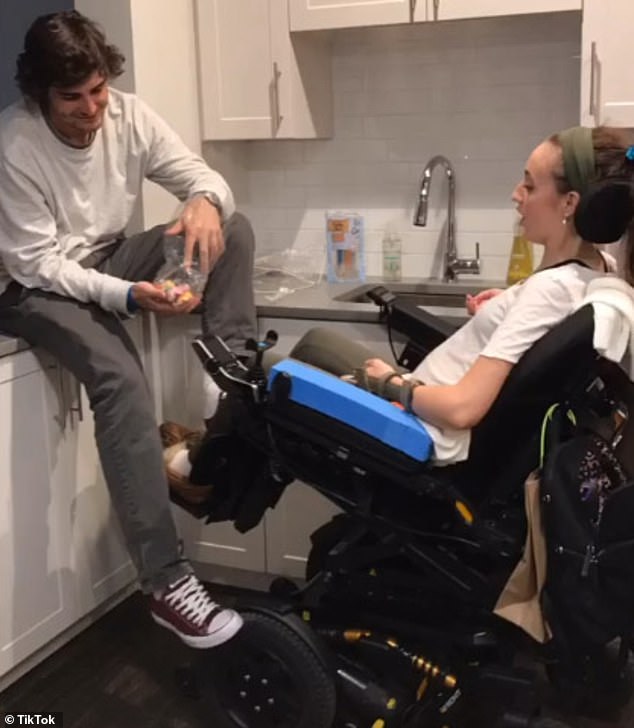 Next step: Erin and Jack got an apartment together in Boston after graduation 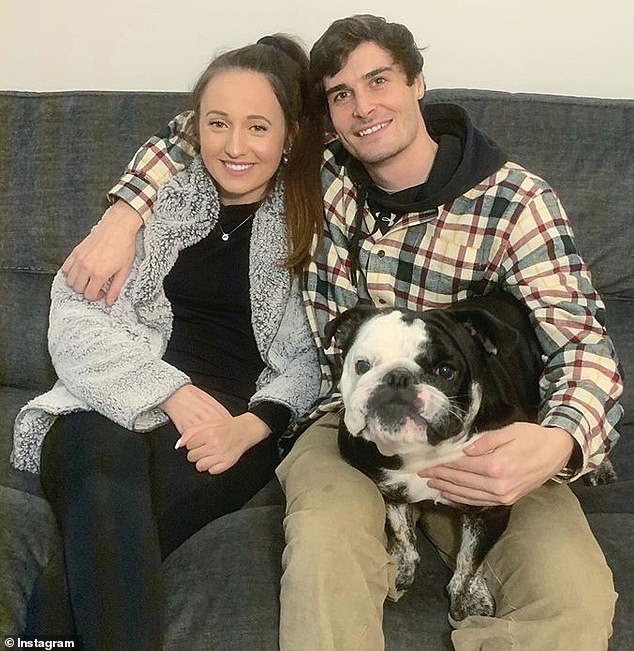 Happy as can be: They now have two dogs, and they both agree the accident brought them closer together

Erin has continued to build her strength since the accident, and she met her goal of being able to get into a manual wheelchair.

She and Jack both agree that her accident brought them closer together and made them a stronger couple.

Her TikTok video has been viewed more than 5.9 million times, and thousands of people commented on her story.

‘This is beautiful. God bless y’all,’ one person wrote, while another added: ‘I wasn’t prepared to feel all the feelings I just felt.’

‘I’m so sorry for what you have gone through. You are so strong. What an incredible man you have by your side,’ someone else commented. ‘Thank you for sharing this story.’