A homicide investigation has been launched following the grisly discovery of woman’s body floating in a busy harbour.

Emergency crews rushed to the scene after several residents reported sightings of the submerged woman among various vessels at the Capo D’Orlando Drive end of Fremantle Harbour around 5am on Sunday.

Mystery surrounds the woman’s identity and how she died as police cordoned off the area and spent much of Sunday at the scene scouring for clues and potential CCTV.

Detectives are currently treating the woman’s death as suspicious as they scramble to ascertain her identity.

‘The circumstances in which she was located raises significant concerns for the police who were called,’ Detective Senior Sergeant Greg McDonald told reporters.

‘We believe the circumstances surrounding the lady’s death and the location in the harbor, raised suspicion and homicide squad are investigating at this point.

‘Our efforts really are around trying to identify who she is, what her movements were. And in order to ascertain exactly what occurred, which may have led to her death — but we can’t tell you what we don’t know at this point.’

‘Obviously her movements in recent days are going to be very significant for us.’

The woman’s body has been recovered from the water and removed from the scene.

Police were unable to comment on whether the woman had visible injuries and that her age was ‘a little difficult to say at this point’.

Det Sen Sgt McDonald said investigation is still in its early stages and made a direct appeal to anyone worried about a missing loved one. 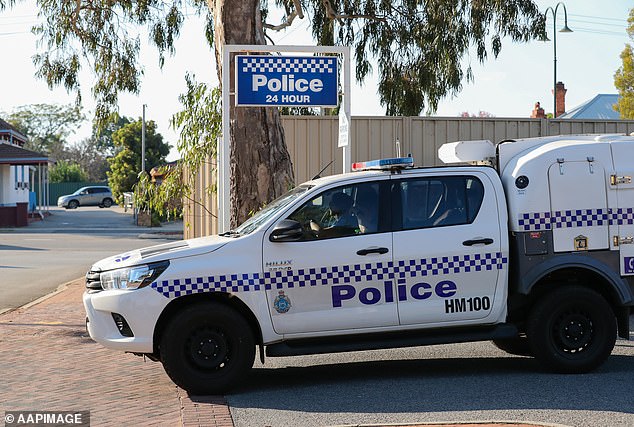 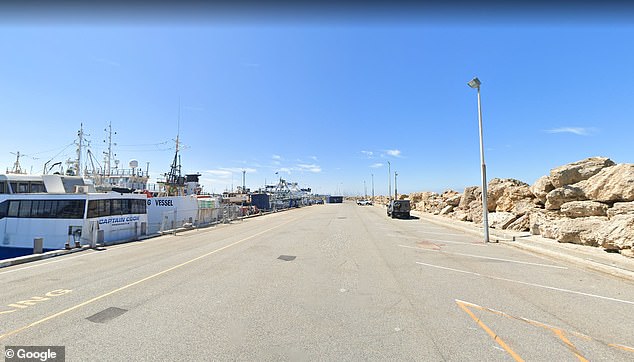 ‘We’ve got quite a wide canvas going on — witnesses and any CCTV opportunities that may exist. So that’s a focus for us right now,’ he said.

The southern end of Fremantle Harbour where the body was found is popluar with charter boat companies and recreational fishers.

A number of vehicles found in the the remain within the crime scene.

Anyone with information regarding this incident is asked to contact police immediately.