Three women have been accused of an elaborate plot to steal more than $100,000 from the superannuation accounts of hardworking Australians by defrauding the COVID-19 early-access scheme.

Federal police claim Deanne Pamela Brock and Lenore Jennifer, both 41, and Herlihy Renee Parker, 36, conspired to submit several false applications in an attempt to access the superannuation payments of other Australians.

The federal government announced the scheme in March to allow Australians struggling during the pandemic to dip into their super tax-free.

But the three women allegedly collected identity data to make fraudulent applications to the program totaling $113,500.

Deanne Pamela Brock, 41, is among three women charged over a plot to steal more than $100,000 from the superannuation accounts of hardworking Australians

On Thursday, the Australian Federal Police arrested the three women after carrying out a series of raids at five addresses in south-east Queensland – across the suburbs of Morayfield, Worongary, Balmoral, Eagleby and Burpengary East.

Police said they seized a number of items, including electronic devices they allege are of crucial value to their investigation.

‘Make no mistake. If you try to steal the nest eggs of hard-working Australians, we will find you and charge you,’ AFP Deputy Commissioner Brett Pointing said.

‘The AFP works around the clock to disrupt and charge offenders who are defrauding the public.

‘These arrests are a timely reminder for Australians to make sure their personal financial details are secure – don’t be an easy target for criminals.’

Brock was arrested a day after the Worongary raid and charged with conspiring to dishonestly obtain or deal in personal financial information and drug offences.

That raid had allegedly found chemicals used in the production of illicit drugs, the Sunday Mail reported.

She has been refused bail to reappear at the Southport Magistrates Court on August 7. 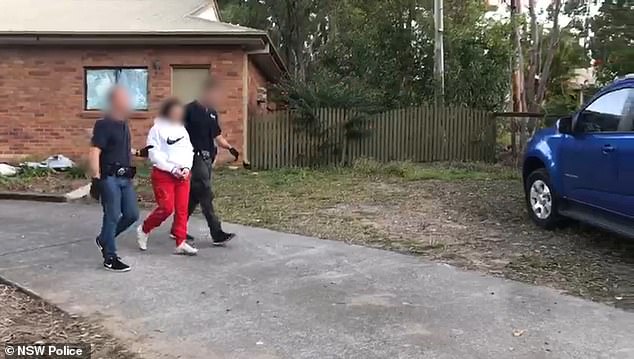 The other two women were charged with conspiring to dishonestly obtain or deal in personal financial information, to receiving a designated service using a false customer name and to giving false or misleading information to a Commonwealth entity.

The latest raids bring the number of people charged by the Australian Federal Police’s Taskforce Iris to seven.

The taskforce was established in April to ensure money from the government’s COVID-19 stimulus measures goes to where it is needed and to prosecute those who exploit the system.

Anyone who believes their identity has been compromised or misused can contact Services Australia’s Scams and Identity Theft Helpdesk on 1800 941 126. 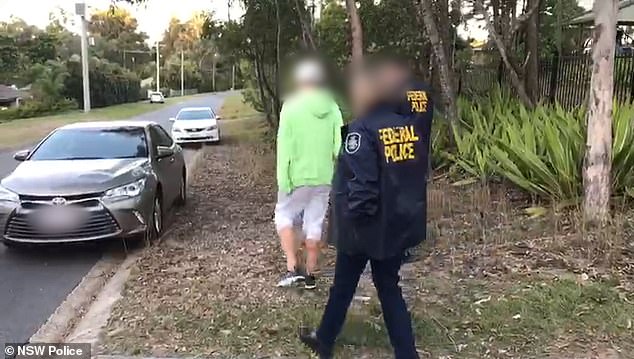 Pictured: Vision from Taskforce Iris operation. ‘Make no mistake. If you try to steal the nest eggs of hard-working Australians, we will find you and charge you,’ AFP Deputy Commissioner Brett Pointing said