‘They abuse us… people have no clue’: Women earning up to $130,000 a year as ‘lollipop ladies’ at construction sites say their job is far more complex than rude pedestrians give them credit for

By Alex Chapman and Kelsey Wilkie For Daily Mail Australia

Scores of female traffic controllers – also known as ‘lollipop ladies’ – say they are constantly berated and abused while on the job.

But the young women say pedestrians are constantly hostile towards them, calling them ‘lazy’ and undeserving of the exorbitant salaries.

Female construction workers are more and more frequently becoming the target of hostile pedestrians, according to those in the industry

A former architect from Brazil named Renata moved to Australia four years ago and began work on a construction site.

She says that while the pay rates are huge, some reaching as much as $60 an hour, she works hard for their wage, putting in 10-hour shifts on a regular basis.

Despite the extreme hours and the responsibility on their shoulders, Renata says she’s often berated by the public.

‘Not everyone is nice (to) us, they can be very mean. They abuse us,’ she told News Corp.

Her frustration stems from a belief that females are generally better at diffusing tension with pedestrians, as well as noticing hazards on the work site.

‘We have so many machines going up and down, diggers, excavators, gates, if the gate is open and it’s windy the gates can hit someone.

‘We have to pay attention to so many details and people have no clue.’ 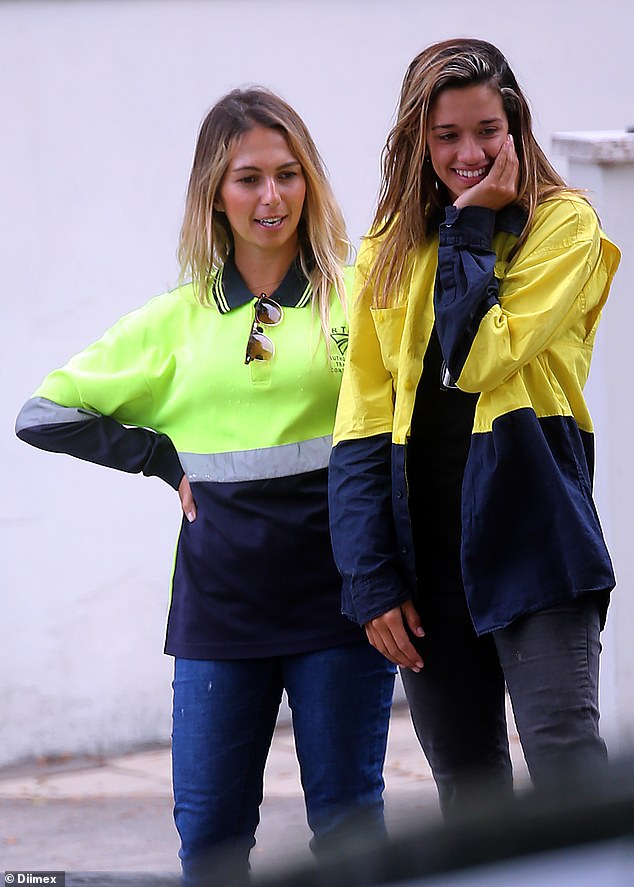 Working as a traffic controller might not be every girl’s dream but the job is a great way to get your foot in the door, Altus Traffic events general manger Bethany Lilford said.

Ms Lilford began working as a traffic controller when she was studying psychology and needed flexible hours and good pay.

She has worked her way up over the years and now organises major events for the company.

She is encouraging young women to take the plunge and give the job a chance.

‘To anybody that does want to be in the industry, I would tell them not to be scared. There is a little bit of a stigma, but that bridge is closing in.’ 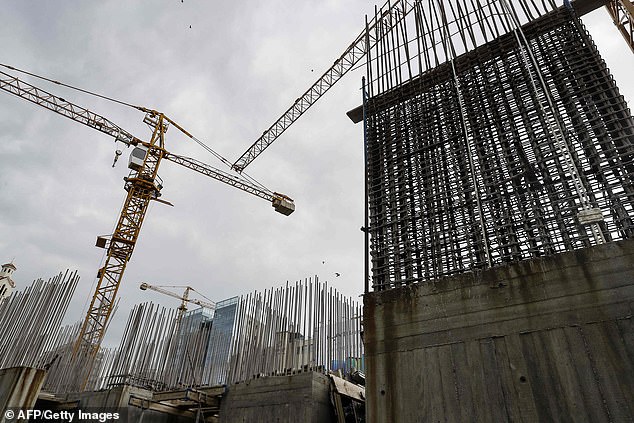 Dozens of women stand guard along a fenced area on Sydney’s George Street every day, where hundreds of tradesmen are working on the light rail network.

One woman Daily Mail Australia spoke to last week had ditched her job as a teacher to become a traffic controller.

‘I was looking for a change of lifestyle. I was working as a teacher but this pays a lot more,’ she said.

The Construction, Forestry, Mining and Energy Union member earns over $40 an hour and also receives a $45 per day travel allowance and a $22 meal allowance.

Depending on the size of the project, she is also paid a site allowance of between $2.10 and $3.95 per hour.

And if she works more than 10 hours at her Penrith building site, she receives double time.