Women in England are to be allowed to take abortion pills at home for the first time.

More than 100,000 in England have an abortion every year, with the majority taking two pills to end their pregnancy.

Currently, they have to take these pills in a clinic or hospital 24 to 48 hours apart, supervised by a nurse, which can lead to cramps or bleeding on their way home, sometimes on public transport.

Now the Department of Health has announced a change to the law by the end of the year which will allow women to take the second pill at home.

They will still be able to attend a clinic if they wish.

The move is backed by leading doctors, although pro-life campaigners claim it will enable ‘DIY’ abortions.

Under-16s may also be allowed to take abortion pills at home, if approved by a clinician, although ‘safeguards’ are being considered.

Scotland changed the law to allow women to take the abortion pill at home last October, with Wales following suit in June.

Chief Medical Officer Professor Dame Sally Davies said: ‘Abortion can be a difficult experience so it is important that women feel safe and as comfortable as possible.

‘This decision will increase choice for women and help ensure they receive safe and dignified care.’

Professor Lesley Regan, president of the Royal College of Obstetricians and Gynaecologists, added: ‘This simple and practical measure will provide women with significantly more choice and is the most compassionate care we can give them.’ 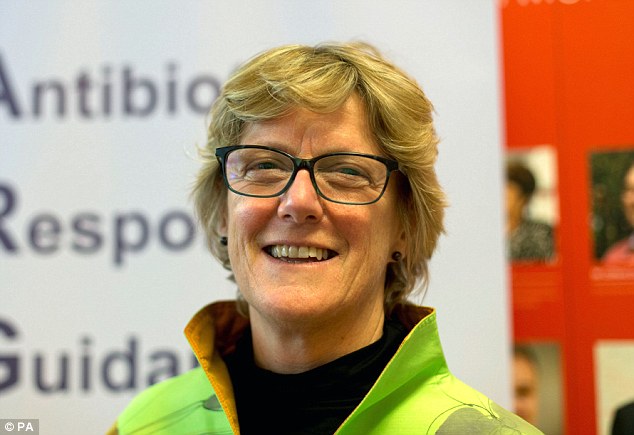 Chief Medical Officer Professor Dame Sally Davies said: ‘Abortion can be a difficult experience so it is important that women feel safe and as comfortable as possible’

Currently women can take the two tablets, mifepristone and misoprostol, between 24 and 48 hours apart at a clinic to end a pregnancy before ten weeks.

The second pill, misoprostol, can now be taken at home.

Currently this is only permitted for women who have had a ‘missed miscarriage’, where they discover their foetus is no longer growing during pregnancy.

John Deighan, of the Society for the Protection of Unborn Children, said: ‘[The move] further trivialises abortion … in terms of the legality of enabling DIY home abortions we remain convinced that it is outside the parameters of the Abortion Act and have every intention of pursuing action through the courts.’