Going on a bad date can be a pretty awful experience — but it can also make for one heck of a story.

Last month, Twitter user @_ItsMissBre asked women on the social media platform to share stories of their worst dates ever, and hundreds delivered.

Women (and a few men) chimed in to tell horrifying, hilarious, and truly eyebrow-raising tales of romantic encounters gone awry, from the dates that turned out to be pyramid scheme recruitment meetings to the ones that made women actually fear for their safety.

And while their tweets serve as red flags of what other women should look out for, they also make for side-splitting reading.

So awkward! Women are sharing their worst first date stories on Twitter

Prompt: Hundreds replied in a thread originated by user @_ItsMissBre

Meeting the parents: This woman met a guy’s mom and dad on the very first date — and ate dinner at their house

Surprise racist: The upside of hearing someone’s bad opinions on a first date? You can dodge that bullet before it’s too late

So much for romance! This woman got suckered into meeting a man who tried to get her to buy into a pyramid scheme

Got a key? This woman saw a major red flag in her date, who seemed to be gunning to move in with her

Jesus, at least give her some warning! This woman was shocked when her date took her to a church service the first time they went out Yikes! This woman’s date engaged her in a heated debate over the Dewey Decimal System

How rude! The first thing this woman’s date did was insult her

Mansplainer: This woman’s date clearly assumed he knew a lot more than her — and found a very odd way to discuss his philosophy degree

Oh no you don’t! A professional athlete just assumed that if he wanted to have sex at the end of the date, this woman would be game

Two-timer: There were quite a few cheating men — or men in ‘open relationships’ — mentioned in the thread 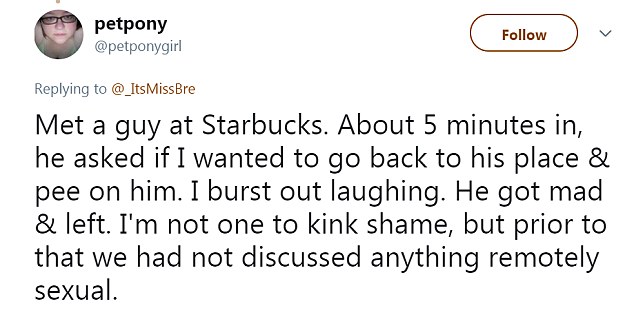 Dirty non sequitur: It’s generally best to address your kinks when you’ve gotten to know each other a bit better — like, say, the second date

You in danger, girl! In one of the scariest stories, this woman went out with a real romantic who joked about murdering her

Accessory to a bad date: This woman was left to clean up her date’s mess 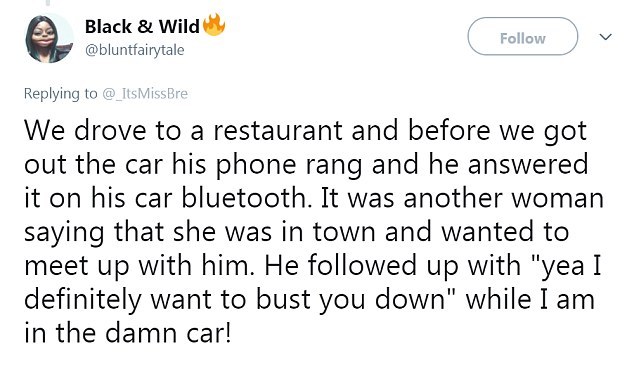 At least he’s honest? When trying to woo a lady, it’s probably better not to pause to make plans… with another lady 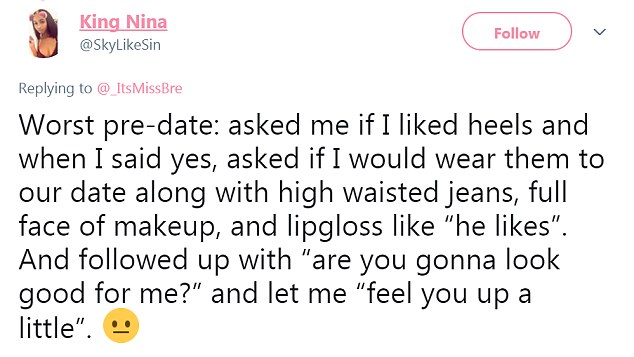 Flying those red flags! This woman’s date tried to control her — and tell her what to wear — before they even went out 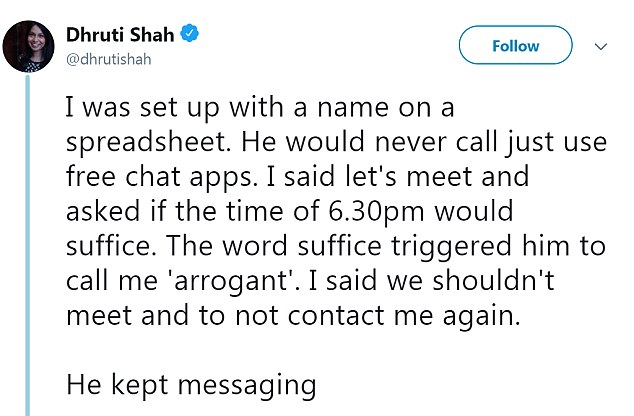 Inferiority complex: This woman’s date got worked up when she used big words he didn’t understand

Bite it: Compliments can be pretty unnerving when the delivery is off

Not a compliment: This woman was hit on by a man who was very up front about his racial fetish

Ditched: Not only did this woman’s date ditch her, he did it in the crudest way possible