Women who eat their PLACENTA has concerned health authorities

The popular health trend for mothers to eat their own placenta after giving birth is being critised by experts.

Health authorities are concerned about women eating human placenta because of the potential for high amounts of bacteria.

The Australian Government Department of Health issued a warning to expectant mothers about the ‘potential risks’ earlier in the year.

‘There is currently no evidence to support the claims of health benefits associated with consuming human placenta, and the broader risks are unknown,’ the warning outlined.

The placenta is an organ that develops during pregnancy which connects to the baby by the umbilical cord to feed the unborn baby with nutrients.

Experts have warned eating the placenta can cause viruses and other infections.

‘Generally the placenta is discarded after childbirth and as a result there are no regulations on how placental is to be stored and prepared to ensure it is safe for consumption,’ the warning said.

Placentas are consumed in tablet form, raw in their natural state or turned into meals like a placenta lasagna.

Anywhere from $200 to $550, mothers can get their placenta turned into vitamin tablets at Perth companies, The West reported.

Pure Placentas spokeswoman Mel Johnson told the publication the company turned up to 200 placentas into tablets last year which mothers can take over a six to eight week period.

While mothers eat placentas for a number of reasons, Ms Johnson said one main factor was to prevent ‘baby blues’, where she saw 93 per cent of women who ate their placentas avoid it. 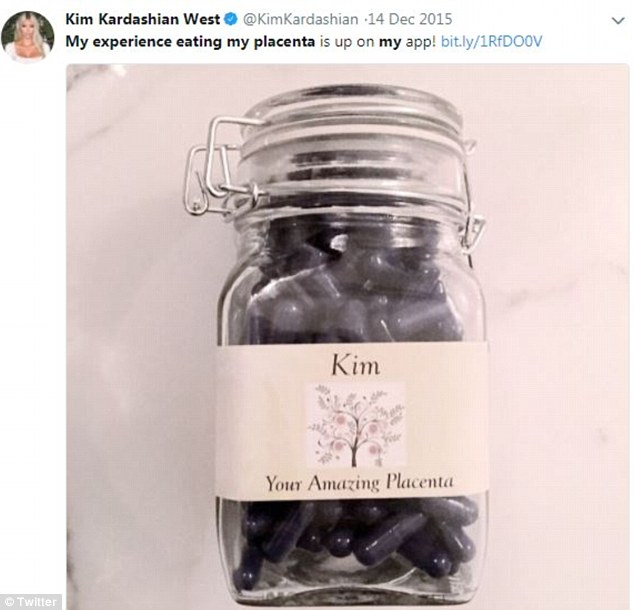 However, the government warned there were possible legal risks in eating the human organ.

‘Under the Therapeutic Goods Act 1989, it is an offence to make therapeutic biological products without holding the appropriate license,’ the warning said.

The license provisions are designed to ensure that the product is manufactured in conditions that will minimise risk to the user.’