Women with heavy periods should have scans to prevent infertility

Thousands of women will be offered scans to establish why they suffer from heavy periods.

Up to a quarter of women of reproductive age suffer heavy periods, which can have a profound impact on their quality of life.

Sometimes the bleeding is caused by an underlying health condition which may also result in fertility problems.

These include polycystic ovary syndrome (PCOS) and endometriosis which both affect a woman’s fertility. Nice hopes that by offering the scans more widely, patients will be diagnosed earlier and offered effective treatment.

The watchdog estimates the new guidelines will result in about 15,000 women a year being referred for the hysteroscopy tests.

Professor Mark Baker, of the centre for guidelines at Nice, said: ‘Heavy menstrual bleeding is a common condition that can have a major impact on a woman’s quality of life.

‘In many circumstances ultrasound has been replaced with hysteroscopy as a first-line investigative test as it provides a more accurate diagnosis. 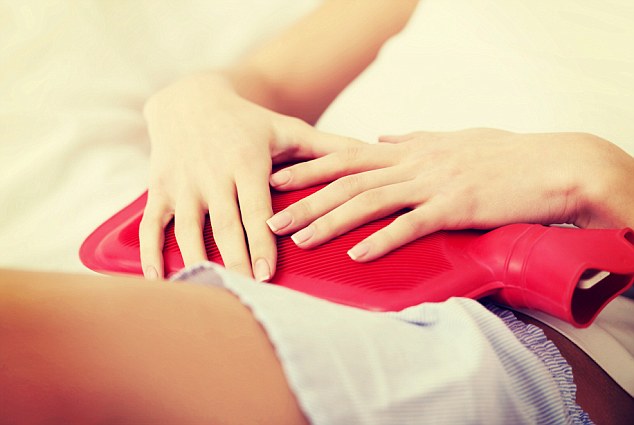 ‘This change should help ensure women with underlying endometrial diseases or conditions are more effectively diagnosed and can receive better treatment.’

Many women with common gynaecological conditions have complained that they were initially dismissed by GPs as being normal. One of the most widespread disorders is polycystic ovary syndrome, whereby the ovaries become enlarged and produce abnormal hormones.

This can lead to irregular and heavy periods and infertility, because a woman doesn’t always release an egg. Endometriosis occurs when womb tissue grows in the ovaries and fallopian tubes.

GPs refer 5,000 a year for hysteroscopy tests but Nice wants to treble this number.The test uses a small tube with a telescope on the end which examines the womb.

It is normally carried out in outpatients under a local anaesthetic.

Jonathan Lord, consultant in obstetrics and gynaecology at Royal Cornwall Hospitals NHS Trust, said: ‘The updated guideline highlights that each woman should be offered a range of options.

‘There is also a shift in emphasis from doing simple but ineffective tests in many, to focused but accurate tests.’