Women with history of breast cancer to get free testing

Women with a family history of breast and ovarian cancer will soon be able to undergo free genetic tests to see if they are at risk of developing the potentially deadly diseases.

The tests to see if patients have inherited genetic mutations linked to breast and ovarian cancers will be listed on the Medicare Benefits Schedule from November 1.

The tests also will provide women and their families an estimate of their relative risk of developing a new primary cancer during their lifetime.

The Royal College of Pathologists of Australasia’s genetics advisory committee chair Dr Melody Caramins says making the tests free marks a ‘huge milestone’ and will significantly improve the lives of many Australians.

‘If an individual is a carrier of a BRCA mutation, they will have additional treatments available to them,’ Dr Caramins said in a statement on Thursday.

Up until now, patients have had to pay between $600 and $2000 to be tested by a private specialist.

Others have had to wait for up to a year to receive a free check at a public hospital.

Patient advocacy group Pink Hope had long campaigned for free access to genetic testing for this high-risk group of women.

Breast cancer is the most common cancer among Australian women, with an estimated 17,586 new cases expected to be diagnosed this year alone.

An estimated 3000 men and women are expected to die from the disease in 2017.

A recent study by researchers from the Peter Mac Cancer Centre, University of Melbourne and Cancer Council Victoria found that women with BRCA1 mutations have on average a 72 per cent risk of developing breast cancer by the time they turn 80. 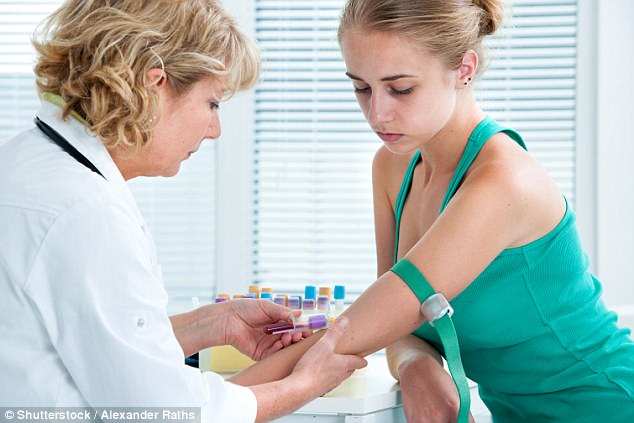 Those with the BRCA2 mutation had a 69 per cent chance.

A woman who has one or more relatives with breast cancer is also found to have a higher risk than a carrier of the same mutation with no family history.

Oscar winner Angelina Jolie generated headlines around the world in 2013 when she revealed she underwent a double mastectomy after discovering she carried the BRCA1 mutation.

Ovarian Cancer Australia also estimates that women who inherit a faulty BRCA1 gene have approximately a 40 per cent risk of developing the disease, while those who inherit the BRCA2 gene face a 10-15 per cent risk.

‘Today’s announcement is a crucial step in mainstreaming genetic testing, so families don’t have to have to live in doubt any longer,’ said Ms Barter.