Women with Type 2 diabetes are less likely than men to be prescribed statins, a study shows.

People who have Type 2 diabetes are 40 per cent more likely than those without the condition to die from a major cardiac event.

But statins used to prevent a heart attack or stroke are more readily given to men, as are blood pressure pills that reduce heart disease risk.

Women with Type 2 diabetes have a similar risk of heart disease and stroke to men, but a new study shows they are 16 per cent less likely to be prescribed statins by their GP

This may be because heart disease is often seen as a ‘male illness’ which threatens men more than women.

But the latest evidence shows women with diabetes have a similar additional risk of heart disease and stroke to men. 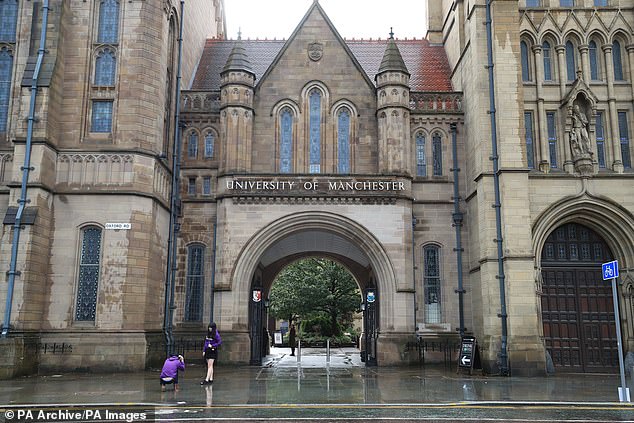 Dr Martin Rutter of Manchester University, the senior author of the study, said heart disease is often seen as a male problem because men more often turn up at their doctor with chest pains

Dr Martin Rutter of Manchester University, the senior author of the study, said: ‘Heart disease is often seen as a male problem because men more often turn up at their doctor with chest pains, while women have more subtle symptoms like breathlessness which can be missed.

‘This may be why doctors are less alert to the risk of cardiovascular disease in women, but the diabetes guidelines clearly show they should be offered the same medications.

‘Further research is now needed to understand the reasons for these prescribing differences and to find ways to close the gap.’

People with Type 2 diabetes have a much greater risk of heart attack, stroke and other cardiovascular events because their high blood sugar damages important blood vessels leading to the heart.

Diabetes drug could slash kidney failure rates by 30 per cent

A drug for people with diabetes and kidney disease may reduce kidney failure rates by 30 per cent, research suggests.

Patients who took a daily tablet of canagliflozin also saw their risk of heart failure fall by almost 40 per cent and the chance of a major cardiovascular event drop by a fifth.

The results of the study, conducted by The George Institute for Global Health in Oxford and funded by a drugs company, are published in the New England Journal of Medicine.

But women with Type 2 diabetes are more likely to be obese, have high blood pressure and high cholesterol, all of which raise their risk. Yet they are missing out on vital drugs, despite generally seeing doctors more than men.

The ‘prescription bias’ could not be explained by doctors being unwilling to give blood pressure pills and statins to pre-menopausal women, who may harm their unborn baby if they become pregnant while taking them.

Experts say doctors may simply need more training to make sure women get the same preventative drugs as men.

The study, which has been published in the journal Circulation, compared almost 80,000 people diagnosed with Type 2 diabetes between 2006 and 2013.

Dr Elizabeth Robertson, the director of research at Diabetes UK, said: ‘These new results suggest that the outlook for women with Type 2 diabetes is better than previously thought, thanks to improved care. However, we need to make sure that everyone with Type 2 diabetes gets the best treatments and care, to reduce their risk of life-threatening cardiovascular complications like heart attack or stroke as much as possible.’