The 44-year-old former Test star was rushed to a Sydney hospital over the weekend after suffering a stroke.

The medical emergency sparked an outpouring of support from the Australian cricket community who quickly rallied behind the celebrated sportswoman, sending a flurry of well wishes online.

Goszko has since awoken and is able to speak, firing up her Instagram on Sunday to thank fans and former colleagues for their kind words as she braces for the tough road to recovery ahead.

‘Hi all thank you all soo much for the love and support I really do appreciate,’ she wrote, sharing a photo of herself giving two thumbs up from her hospital bed.

But her post was quickly seized upon by opponents of the Covid-19 vaccine, who used her condition as an opportunity to try and lay blame on the jab.

‘Sad to see another vaccine injury. All the best for your recovery,’ one woman wrote.

Another woman asked whether the medical incident had been linked to receiving the vaccine.

‘Wishing you a speedy recovery. Have the doctors made and connection to the [vaccine]?’ she wrote, alongside an emoji of a needle.

AstraZeneca has been linked to an extremely rare blood clotting condition, Thrombosis with Thrombocytopenia Syndrome, which can result in strokes if a clot forms in the brain.

It is unclear whether Goszko is vaccinated and what type of vaccine she may have had and when. Daily Mail Australia contacted Goszko for comment. 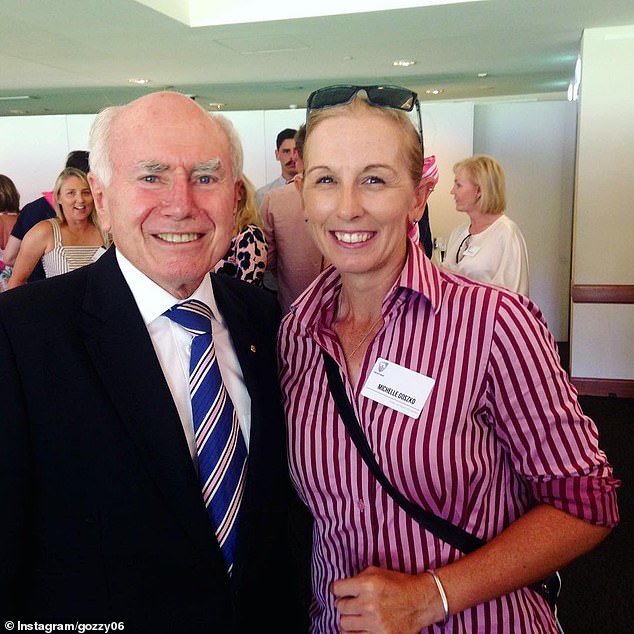 The Australian cricket community has rallied behind the ex-Test player in light of the bad news. She is pictured with former prime minister, John Howard 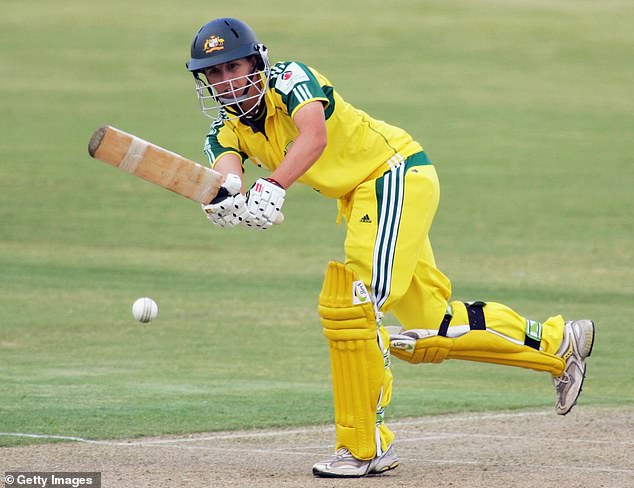 While anti-vaxxers cruelly speculated on the cause of Goszko’s stroke, famous cricketers, including British star Charlotte Edwards and NSW batsman Alex Blackwell, sent the sportswoman messages of support.

‘Get well soon Gozzy thinking of you,’ Edwards wrote.

‘Lots of love from me and Lynsey,’ Blackwell said.

Former teammate Lisa Sthalekar first revealed the 44-year-old’s condition during the Channel Seven’s broadcast of the WBBL match between the Brisbane Heat and Sydney Sixers on Saturday.

‘She is in ICU. She is talking a little bit and she’s improving slowly. The cricket community is certainly behind you Gozzy.’

Just before the Heat began the second innings of the match, current Test star Alyssa Healy also sent her regards to Goszko and her family. 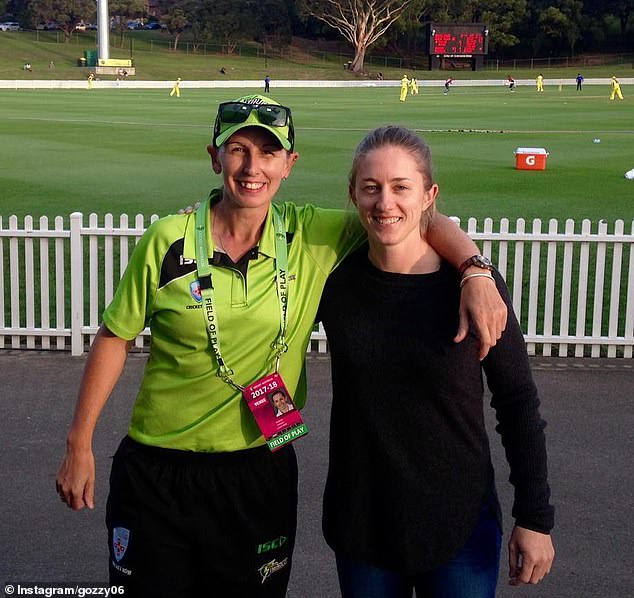 Goszko’s career included a double-century on debut against England at Shenley Park, equalling the world record for the highest individual Test score

Only 156 cases of TTS have been reported from nearly 13 million doses of AstraZeneca administered in Australia.

Of those, only eight have died, and it is still unclear whether those could be attributed to unrelated underlying conditions.

The chances of suffering this rare side effect are extremely low and occur in around four to six people in every million after being vaccinated, according to the Australian Government’s Covid website.

Her career included a double-century on debut against England at Shenley Park, equalling the world record for the highest individual Test score.

She also made 34 one-day international appearances and featured in one T20I.