Moments after speaking to police, Peter Koenig was fuming over questions about Bruce Saunders’ woodchipper death, a court has heard.

Gregory Lee Roser, 63, is on trial for murder after Mr Saunders died while working on a property north of Brisbane in November 2017. 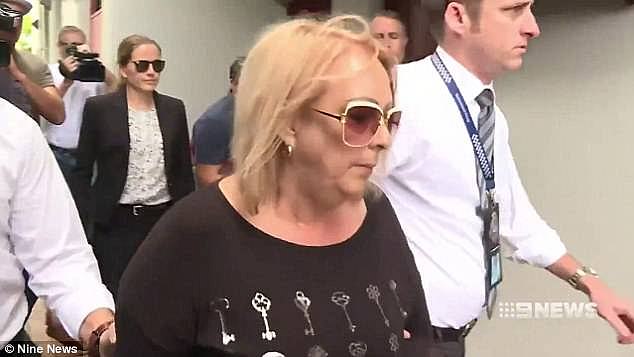 The Crown alleges Sharon Graham (pictured) asked her lovers Roser and Koenig to kill her ex-partner Mr Saunders and make it look like an accident in a bid to claim his $750,000 life insurance

The Crown alleges Graham asked her lovers Roser and Koenig to kill her ex-partner Mr Saunders and make it look like an accident in a bid to claim his $750,000 life insurance.

Footage has been shown to a Brisbane Supreme Court jury of Mr Saunders’ legs protruding from the chipper at the Goomboorian property near Gympie after clearing trees with Roser and Koenig.

The moment Graham received the text from Koenig after he spoke with police in February 2018 was captured among hours of police audio played in court on Wednesday.

Koenig sent the message from Gympie police station before the hour drive to Nambour to meet Roser and Graham, the court heard. 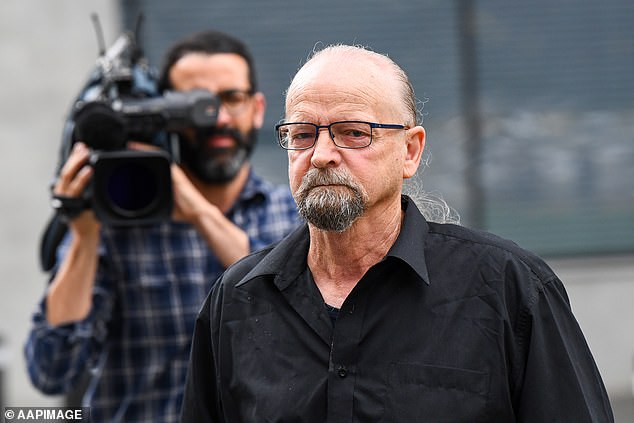 Peter Koenig (pictured) sent the text message from Gympie police station before the hour drive to Nambour to meet Roser and Graham, the court heard

While Koenig was behind the wheel, Graham can be heard discussing his text with Roser who had spoken earlier with police.

‘They (police) have got him angry.

‘They have tried to get him to spit out some truth … they have revved him up – I bet you any f***ing money.’

She then wonders if police have ‘twisted around’ Roser’s words about Mr Saunders’ death in a bid to break Koenig.

‘You could have have had a slip of the tongue on something that may not have meant anything to you but they have used it,’ she said to Roser. 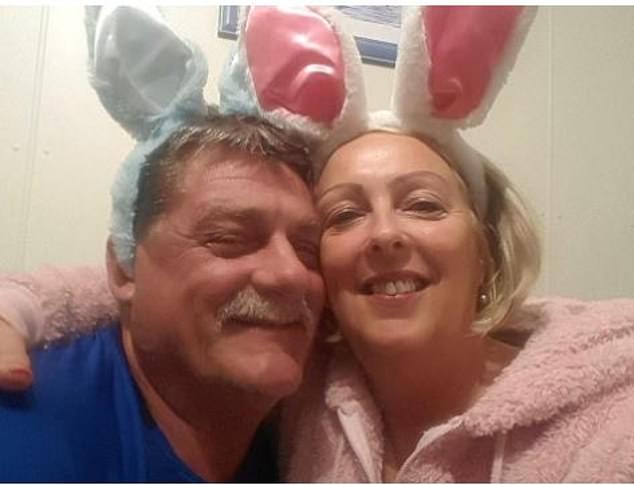 Roser assures Graham (pictured, together) in the tapped audio that he didn’t ‘dob’ in Koenig during his police interview

Roser assures Graham that he didn’t ‘dob’ in Koenig during his police interview.

‘They are trying to turn Peter and I against each other. I never said a thing wrong,’ he said.

Graham claims that their phones are tapped before telling Roser to speak to Koenig in a car outside when he arrives at the Nambour residence and write down what he told police ‘word for word’.

Graham later tells Roser: ‘Thank God you’ve got a lawyer, that’s all I can say.’

Audio of Roser discussing his January 2018 police interview with Graham just hours after speaking to officers was earlier played to the jury.

Roser told police Mr Saunders’ death was a terrible accident and that he tried to save him, claiming his friend had been reckless around the machine but did not heed warnings. 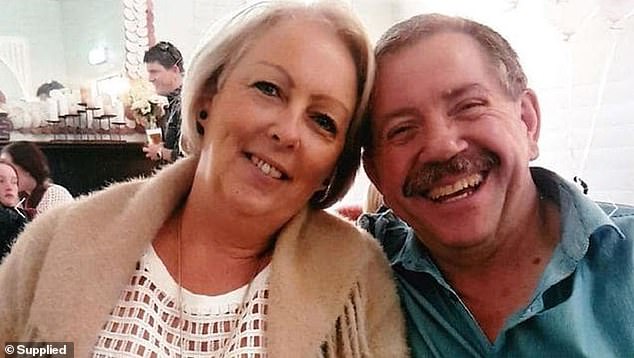 Graham (pictured, next to her ex-partner Bruce Saunders, who was allegedly murdered on a Brisbane property in 2017) has pleaded not guilty to murder

‘How dare they insinuate that I killed the guy, that’s terrible. It made me feel really bad.’

Roser’s barrister has already told the jury that everything his client told police were lies.

Lars Falcongreen said Roser didn’t dispute that Mr Saunders was murdered or that his client ‘shamelessly’ helped dispose of the body.

However, Mr Falcongreen said it was Koenig who was procured by Graham and was responsible for the murder.

Koenig pleaded guilty to accessory after the fact to murder this year.

Roser and Graham have pleaded not guilty to murder.

Graham has successfully applied for a separate trial.