Woody Allen is back at work on a film in Spain just a few weeks after launched a $68million lawsuit against Amazon Studios for pulling the plug on the film A Rainy Day in New York following allegations he molested his daughter.

The 83-year-old director’s latest project is getting backing from the Barcelona-based company, Mediapro, according to the New York Times.

The Spanish media conglomerate also financed some of Allen’s previous films including Vicky Cristina Barcelona and Midnight in Paris.

‘We have a 10-year relationship with Mr. Allen and, like all projects we produce, we judge the creator by its work,’ Mediapro, which has had a prior partnership with Amazon, said in a statement when asked about why they still worked with Allen. 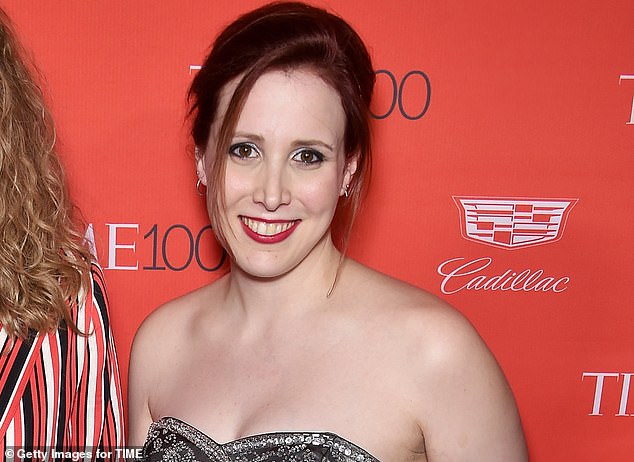 ‘All of our projects have a unique personality, and we support all types of artistic voices and ideas and remain committed to producing well-defined and creative projects for audiences worldwide,’ Mediapro’s statement continued.

Allen’s crew reportedly had been scouting locations in northern Spain already for a summer shoot before a meeting with Mediapro and the Film Commission of San Sebastian, according to the Hollywood Reporter.

‘For San Sebastian it’s great news that Woody Allen has our city among as one of his urban shooting options,’ said the deputy mayor of the town, Ernesto Gasco, who also oversees the Film Commission.

Meanwhile, Jennifer Salke, the head of Amazon Studios, told the New York Times that there are no plans for Amazon to release any Woody Allen movies in the future. 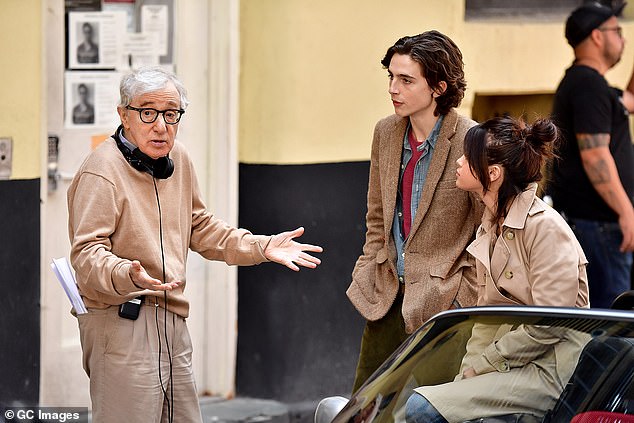 The film, starring Timothee Chalamet and Selena Gomez, was expected to come out last year after filming wrapped in 2017, but was shelved after allegations of abuse reemerged

Allen is suing Amazon for breach of contract claiming it backed out on the multimillion dollar deal without any ‘legal basis,’ according to court documents filed on February 7.

The film, starring Timothee Chalamet and Selena Gomez , was expected to come out last year, but was shelved after allegations of abuse reemerged from Allen’s adopted daughter Dylan Farrow in the wake of the MeToo movement.

Farrow, 33, who first publicly accused him of abuse in 2014, claimed again in a 2017 op-ed for the LA Times that she was molested by her adoptive father when she was just seven years old.

Allen, who was first accused in 1992, has repeatedly denied molesting his daughter and continued to release dozens of films over the years. 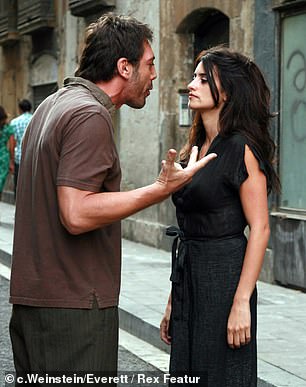 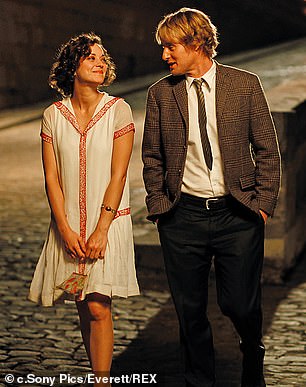 Javier Bardem and Penelope Cruz in Vicky Cristina Barcelona, left, and Marion Cotillard and Owen Wilson in Midnight in Paris, right. Both Allen films were backed by Mediapro, the company financing his next movie

According to Allen’s lawsuit, Amazon sent a Notice of Termination to him on June 19, 2018, saying it was ending their agreement and would no longer distribute the film.

When asked to provide a legitimate reason, the company claimed the project had become ‘impracticable’ due to ‘supervening events, including renewed allegations against Allen, his own controversial comments, and the increasing refusal of top talent to work with or be associated with him in any way.’

Allen’s attorneys slammed the allegation as a ’25-year-old baseless claim’ that Amazon would have already been well aware of when it entered into four separate movie deals with the director in 2016.

In her op-ed, Farrow also publicly called out actors for working with or supporting Allen in the past. 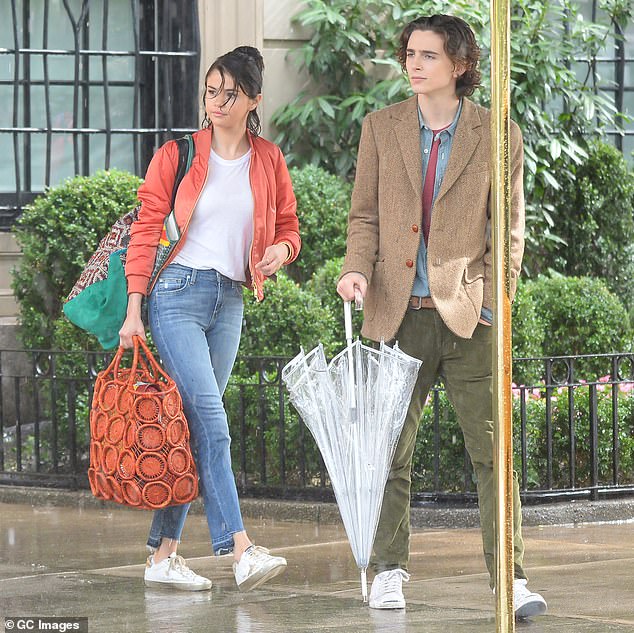 Selena Gomez and Timothée Chalamet on the set A Rainy Day in New York on September 20, 2017 in New York City. The actors reportedly donated their salaries from the movie to the Time’s Up sex harassment campaign or other charities 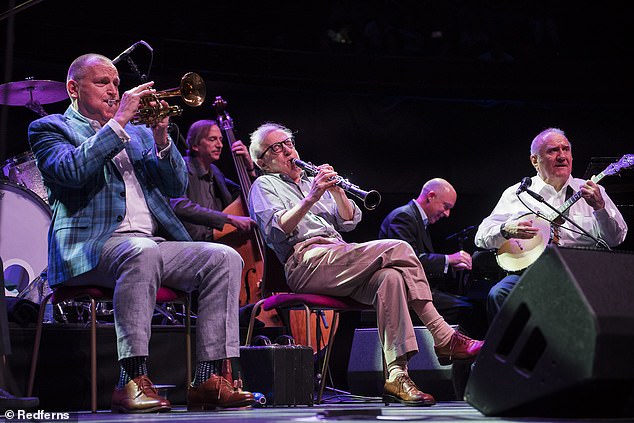 Some stars associated with Rainy Day, including Timothée Chalamet, Selena Gomez and Rebecca Hall, reportedly donated their salaries from the movie to the Time’s Up sex harassment campaign or other charities.

‘If the legal situation ever changes, then I’d change my mind,’ Bardem said in October of last year. ‘But, for now, I don’t agree with the public lynching that he’s been receiving, and if Woody Allen called me to work with him again I’d be there tomorrow morning. He’s a genius.’

The director, who also plays clarinet, is expecting to play three concerts in Spain this summer with the Eddy Davis New Orleans Jazz Band.