Last week he was forced to backtrack after making comments which appeared to   express sympathy for shamed Harvey Weinstein.

But now Woody Allen, 81, looks set to face controversy once again as it’s emerged that the plot of his latest film involves a middle-aged man having sex with a teenage girl.

The New York Post reported that in scenes recently filmed for A Rainy Day In New York, a character played by Rebecca Hall accuses Jude Law’s character of having sex with a 15-year-old ‘concubine’, played by Elle Fanning, who is 19.

Elle’s character then acknowledges the relationship with Law – who is 44 in real life – but argues that she’s 21, before asking Law about infidelity, saying: ‘Were all these women for pleasure, or were you researching a project?’

Law’s character is reportedly described in the script as a middle-aged man who ‘makes a fool of himself over every ambitious starlet and model’.

Jude Law, 44, and Elle Fanning, 19, filming A Rainy Day in New York in which Law’s character has a relationship with teenager ‘starlet’ Fanning 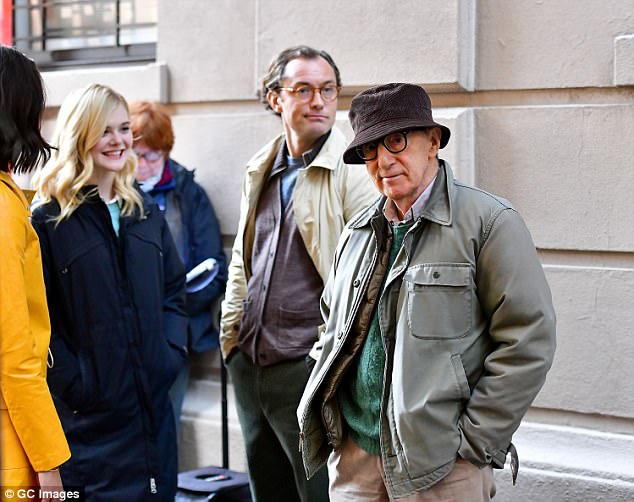 Woody Allen, 81, has been forced to backtrack on comments about apparently feeling ‘sad’ for Harvey Weinstein 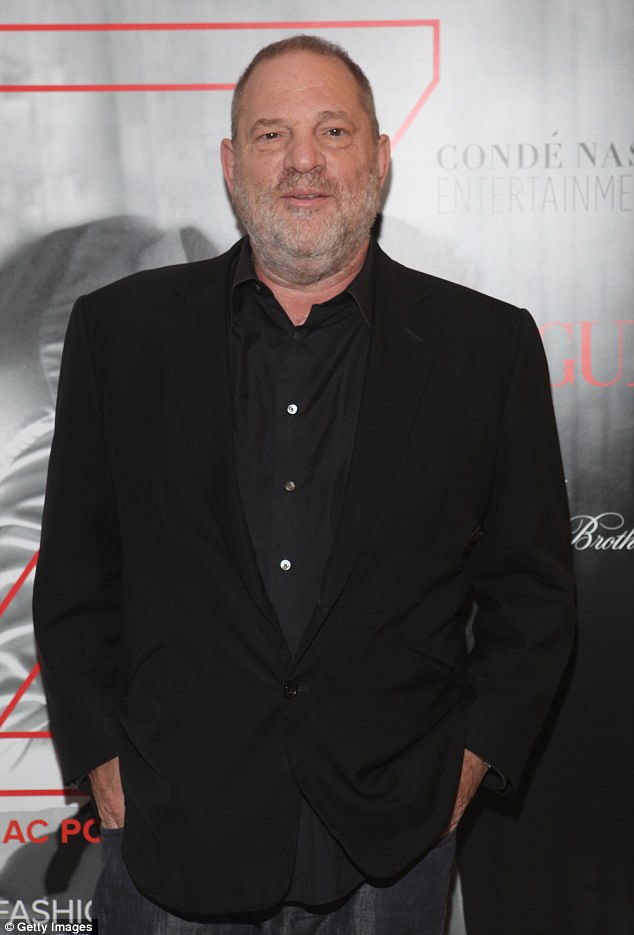 The reports come just days after Allen had to clarify comments that seemed to be sympathetic towards Harvey Weinstein, who has been accused of harassment, sexual assault and rape.

He told the BBC: ‘The whole Harvey Weinstein thing is very sad for everybody involved. Tragic for the poor women that were involved, sad for Harvey that is life is so messed up. There’s no winners in that, it’s just very, very sad and tragic for those poor women that had to go through that.’

The director expressed his hope the victims would find ‘some amelioration’ now the allegations have come to light.

He added: ‘You also don’t want it to lead to a witch hunt atmosphere, a Salem atmosphere, where every guy in an office who winks at a woman is suddenly having to call a lawyer to defend himself. That’s not right either.’ 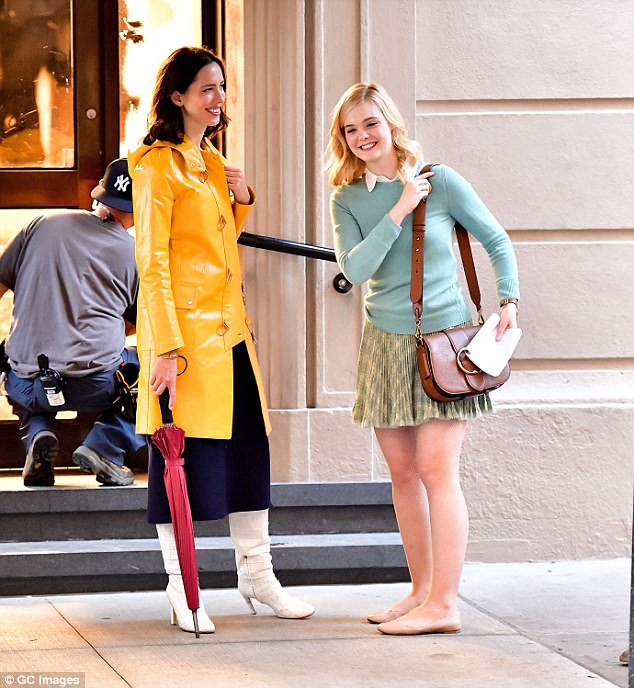 In one scene, Rebecca Hall’s character confronts Law over sleeping with a ’15-year-old concubine’ 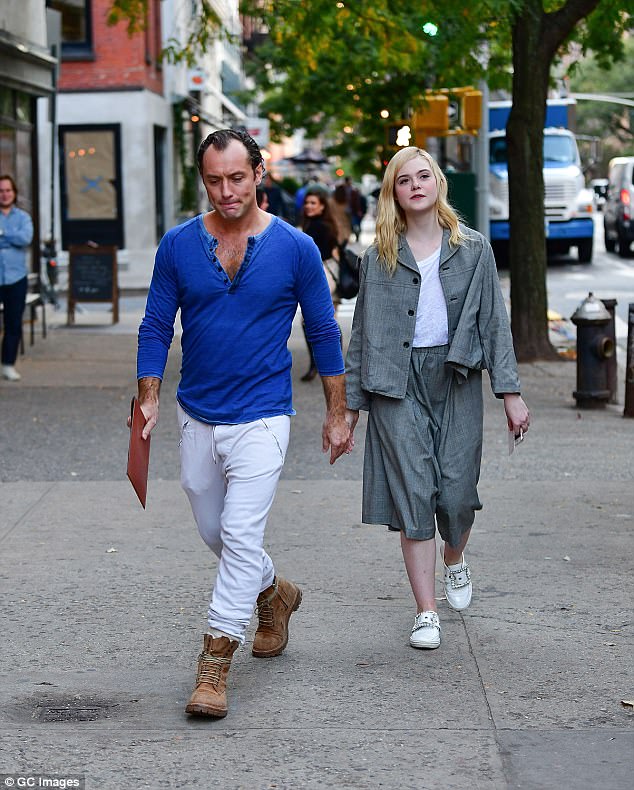 However, following an outcry and a tweet from President Trump, he spoke to Variety to clarify his statement, claiming his comments had been misconstrued.

‘When I said I felt sad for Harvey Weinstein I thought it was clear the meaning was because he is a sad, sick man,’ he said.

‘I was surprised it was treated differently. Lest there be any ambiguity, this statement clarifies my intention and feelings.’