Woody Harrelson has revealed that he had dinner with Donald Trump – and it left a bad taste in his mouth.

The actor told Bill Maher on Friday’s edition of Real Time that he was put off his food by Trump’s ‘narcissism’.

‘I had to walk out halfway through, smoke a joint, just to steel myself for the rest of the thing,’ Harrelson recalled. ‘It was brutal.’

Harrelson was appearing on the show to promote his new film LBJ, in which he plays the former president, and segued onto the current commander-in-chief when asked about Johnson’s brusque personality.

Johnson was rude in private, Harrelson said, but ‘he wasn’t publicly vulgar like our president incumbent.’

With some poking by Maher, Harrelson then went on to recall the uncomfortable dinner.

‘I got invited by [then-wrestler-turned Minnesota Governor] Jesse Ventura,’ he explained.

‘Right, he was a Democrat then,’ Maher noted.

‘Yeah, he didn’t care, so long as he–‘ Harrelson said, stopping short of saying quite what it was Trump wanted.

Not that it was hard to glean from Harrelson’s recollection of the meal: Attention. A lot of attention. 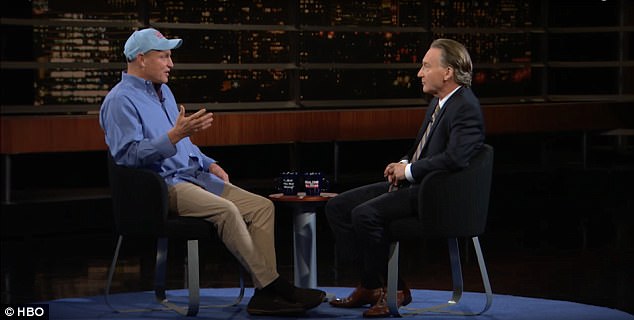 Harrelson told Bill Maher (right) that he was invited by Jesse Ventura, whom Trump wanted to court for a VP slot in a potential 2004 presidential run for the Democrats

‘It was brutal, it was brutal,’ the actor said. ‘I’ve never met a more narcissistic man, he talked about himself all the time.’

‘Yeah, you could see the standard he was going to bear,’ Harrelson added.

Harrelson’s recollection may be somewhat confused – or else he’s had more dinners with Trump than he cares to recall.

On Christmas Eve 1998, Trump was photographed alongside both Ventura and Harrelson after the three had dined together.

Ventura had been pushing to get Trump to run for president on the Reform Party ticket during the meal, they said.

However, they didn’t immediately come out and announce their conclusions, instead joking that they had both decided to back Harrelson for president.

That evening Trump announced during an interview with Larry King Live that he had launched an exploratory group to look into his Reform Party push.

Trump won both primaries, but ultimately withdrew from the presidential run, leaving John Kerry and George W Bush to duke it out between themselves.

Meanwhile, Harrelson is unlikely to run for office himself as he’s not much of a fan of governmental structures.

‘No. I don’t believe in politics,’ he told Politico in 2013. ‘I’m an anarchist, I guess you could say. I think people could be just fine looking after themselves.’ 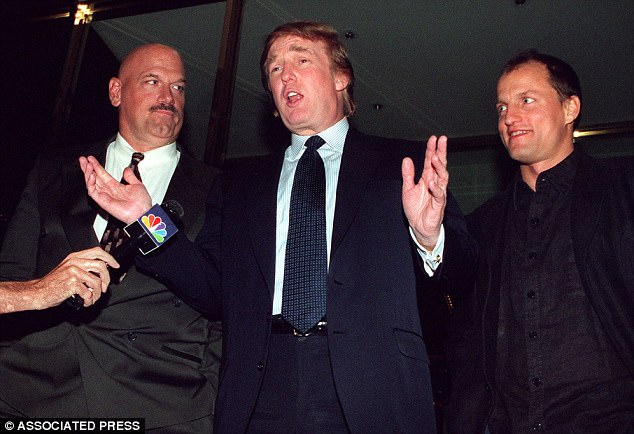 Harrelson may have misremembered this 1998 dinner in which Ventura convinced Trump to run for president in the Reform Party. Trump withdrew from the 2000 election